Economists are frustrated. Just when they believed the world was finally listening to them, economists are now faced with the prospect that current anxieties will reverse the liberalization of trade they have sought for so long.

For hundreds of years, economists have asserted that free trade is good. In their view, it is no accident that the rapid pace of globalization has coincided with the recent economic prosperity. In fact, they believe recent events only confirm what they knew all along.

Yet, flying in the face of hundreds of years of economic theory and the recent prosperity, people seem more concerned than ever about the impacts of free trade. Anti-trade rioters successfully shut down the meetings of the World Trade Organization (WTO) in Seattle last year. Encouraged by this success, an international, grassroots movement is emerging whose sole purpose is to dismantle the institutions of global capitalism.

Canadians may find themselves sympathetic to the Seattle protestors' concerns about globalization. With exports accounting for more than 40 per cent of Canada's Gross Domestic Product (the comparable figure for the U.S. is only 12 per cent), Canadians are more subject to the upheavals of the international marketplace than many other countries.

Lending further credence to the anxieties of some Canadians is the fact that the percentage of workers employed in Canada's manufacturing and agricultural sectors has declined in recent decades, a trend that always raises concern that jobs are being taken away by cheap labour in other countries.

Furthermore, Canada's wealth of developed and undeveloped natural resources should make Canadians prick up their ears when anti-trade protestors argue that the expansion of free trade is devastating the environment.

Finally, with the mammoth United States just across the border and the passing of the North American Free Trade Agreement, Canadians can certainly appreciate protestors' concerns about the impacts of globalization on local culture, community, and national sovereignty.

How can we reconcile the views of economists with what appear to be reasonable concerns emanating from our daily experiences?

Economists' arguments are so complex that they tend to be unconvincing to those who are not technically trained and who have experienced significant economic hardship. A series of graphs and equations about the supposed marvels of free trade are not very convincing to the farmer who has been forced to sell the family homestead in the face of falling world agricultural prices.

What may help to shed some light on these matters, however, is an explanation of the basic insights of economists concerning the effects of trade.

Insight 1: Free trade increases a country's national income. For hundreds of years, economic theory has shown that under very general conditions a country's income as a whole, that is, its Gross National Product, will be higher if it trades with other countries than it would be if it did not.

In contrast to the views presented on many editorial pages, this is true even if foreign wages are low, and it remains true even if the country is experiencing a decline in its productivity relative to other nations. Furthermore, this proposition is true regardless of how protectionist or "unfair" the country's trading partners are.

Insight 2: Tariffs and other impediments to trade almost always lower the Gross National Product of the country that imposes these barriers. Under most conditions, the country that tries to shelter a particular domestic industry from foreign competition will cause a misallocation of national resources so that national income will be lower than it would be if free trade were pursued.

It is also quite common for the protected industry to get lazy, reducing the industry's efforts to improve its performance over time, causing dynamic losses from protection in addition to the initial loss from the misallocation of resources.

It is surprising that this insight is true regardless of the policies of other countries towards our exports. In other words, even if other countries are erecting barriers to our goods, it is still in our own national economic interest not to place any restrictions on the importation of their goods.

Insight 3: When country #1 puts barriers on imports from country #2, the income of country #2 falls. This may seem obvious, but it is easily overlooked in many discussions concerning the effects of trade policies. The fact is that when Canada places restrictions on, say, textile imports, it not only hurts Canada as a whole (see Insight 2) but also the economies of those countries exporting textiles to Canada. This is a particularly important insight to remember—our concern for international economic justice must move us beyond selfish nationalism.

Insight 4: Whenever a country changes its trade policies, there are winners and losers within that country. This is the biggest dilemma of trade policy, and it accounts for much of the anxiety over free trade.

Insight 2 implies that our country's economic pie will get bigger if we dismantle protectionist barriers, but it is also the case that some sectors of our society will necessarily get a smaller piece of that larger pie than they had before.

In principle, because the pie is bigger, the winners could compensate the losers and everyone would be better off economically; however, in practice it is difficult to implement such transfers, and in the end it is the case that some will win and some will lose when a country lowers its barriers to trade. Of course, not dismantling the trade barriers also creates winners and losers, and it makes the pie smaller than it could be in accordance with Insight 2.

Insight 5: The winners from trade liberalization are those factors of production which are in relative abundance in a country, and the losers are those factors which are in relatively short supply in that country. To illustrate, let us assume for simplicity that goods and services are produced with two factors of production: skilled and unskilled labour.

Since the Canadian workforce is better educated than that of the rest of the world, on average, Canada has a relatively large supply of skilled labour and a relatively low supply of unskilled labour. If Canada were to open up to increased trade with the rest of the world, skilled Canadian workers would experience a rise in their real incomes, while unskilled Canadians would experience a fall in their real incomes.

These insights present some complex challenges for those of us living in developed nations such as Canada or the U.S. On the one hand, this dimension of trade may lead us to desire a reversal of globalization to protect low-wage, unskilled labourers in our own countries. But halting globalization is likely to injure unskilled labourers in poor nations, who are usually in more desperate situations than the unskilled in our own, developed nations.

Insight 6: There is a protectionist bias in the legislative process. In spite of the fact that free trade will increase a country's national income (Insight 2), the gains from removing a particular tariff are diffused over a wide number of people while the losses are incurred intensely by a small number of people.

For example, it has been estimated that if the United States were to remove its quotas on sugar imports, the price of sugar would halve in the U.S., saving consumers almost $1.266 billion annually. However, this savings is only about $8 per person, meaning that most Americans would hardly notice the increase in their purchasing power.

On the other hand, the reduction in the quotas would reduce the incomes of the handful of U.S. sugar growers by roughly $783 million. While this loss is less than the gain to consumers ($1.266 billion), each sugar grower would experience a substantial reduction in his income, and some might be forced out of business.

For this reason, regardless of the truth of Insight 2, most countries end up creating thousands of barriers to trade and find it politically difficult to improve the performance of their economies by dismantling those barriers.

Future articles in this series will use the above insights and some recent empirical evidence to critically evaluate the views of both proponents and adversaries of economic globalization. The series will also discuss the present structure of global trade and the major issues looming on the horizon. 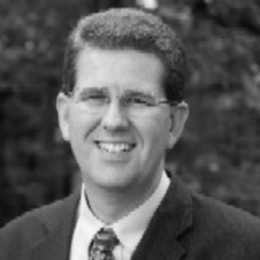 Dr. Brian Fikkert is a Professor of Economics and the founder and Executive Director of the Chalmers Center for Economic Development at Covenant College. Dr. Fikkert earned a Ph.D. in economics from Yale University, specializing in international economics and economic development. He has been a consultant to the World Bank and is the author of numerous articles in both academic and popular journals. Prior to coming to Covenant College, he was a professor at the University of Maryland—College Park and a research fellow at the Center for Institutional Reform and the Informal Sector.