One of the questions American citizens ask of ex-patriot Christian, Canadian political junkies like me is: "Does Canada also have a religious right like the United States?" In other words, are there Canadian equivalents to Jerry Falwell, Pat Robertson, and the Christian Coalition? My quick and too-easy answer is: "Religious right? Canada has no right period." Perhaps the electoral success of the Reform Party federally in 1993 and the victory of the Mike Harris Progressive Conservatives in Ontario this summer indicates a shift in the Canadian electorate's taste. Perhaps, but the fact remains that, until recently, mainstream political direction and discourse in Canada for the last thirty or more years has been clearly leftward; that is to say centralist and statist. This fact is as true of Conservative governments as it is of Liberal or NDP governments. The differences between them tend to be of degree rather than kind. Where is Her Majesty's Loyal Opposition?

Of course Canadian political history includes Social Credit in Alberta and British Columbia, hardly mainstream. Yet there is no contemporary Canadian tradition of sustained and reflective dissent from the "executive federalism" that has dominated Canadian politics since the mid-sixties. There are regional voices: Albertan Ted Byfield's Western Report as well as British Columbian Rafe Mair's radio talk show come to mind. But there is no Canadian equivalent of the National Review and, aside from the work of George Grant, no body of conservative writing defending Canada as a nation. Though the success of William Gairdner's recent books, The Trouble with Canada and The War Against the Family, are positive signs, Canadian conservatives such as David Frum and Peter Brimelow need to come to the U.S. to make their living. And Canadian radio listeners tune in to Rush Limbaugh.

This is reason enough to welcome the publication of Joe Armstrong's Farewell the Peaceable Kingdom. Not by any means that is perfector offers a clear and consistent vision. Though he concludes (on page 686!) By contending that "a renewal of conservative thought and philosophy is the answer...," he really does not spell it out. William Buckley's Up from Liberalism, Willmore Kendall's The Conservative Affirmation, or Russell Kirk's The Conservative Mind it is not. Rather, it is a very long, well-documented chronicle of Canada's transformation from a nation of free men and women to "a land of squabbling malcontents—an olla podrida [chamber pot] of untenable myths and self-interested cabals" whose lives are misdirected by elites using the new 1982 "charter of fights and fiefdoms."

Fiddling while we burn

This transformation was self-consciously and consistently managed by the federal governments of Pearson-Trudeau-Mulroney and, governed by the deux nations ideology of bilingualism and biculturalism, itself transformed eventually into the mosaic madness of multiculturalism. Remarkably, as Armstrong tells the story, there was virtually no opposition to the governing ideology of "two founding peoples" and the consequent progressive capitulation to Quebec demands for greater sovereignty. With ample citation Armstrong documents the complicity of provincial leaders, the intellectuals in the academy, business people, the legal profession, and, above all, the media. The people of Canada were not only not consulted, dissenting voices were shamed into guilty silence (only racists oppose special status for Quebec!) Or openly censored.

Armstrong covers a great deal of territory. He begins with Person's royal commission on bilingualism and biculturalism, takes us through Trudeau's repatriation accomplishment and Mulroney's Meech Lake Accord, finishing with the Referendum defeat of the Charlottetown Accord and the Progressive Conservative electoral wipe-out of 1993. Along the way he cleverly juxtaposes provincial political shenanigans in the other provinces. Especially Ontario and Quebec, as well as the accompanying economic crises and decline, nationally and provincially. The whole story, as Armstrong reports it, reminds one of the Roman emperor Neor fiddling while Rome burned. While Canada was coming apart economically and socially, federal and provincial officials were manufacturing a diversionary crises, fiddling with an unneeded and unwanted constitution to appease noisy Quebec nationalists. It's not a nice portrait.

The more important question is: is it a true portrait? It is undoubtedly the case that race and language (with the more recent additions of gender and sexual orientation) have become the most significant issues in Canadian politics. It is also true historically that the seed planted by implementing the B and B report has mutated into an overgrown and unwieldy multicultural plant and that, to change the metaphor, this spark rekindled the fire of Quebec nationalism. It is also true that this fixation on race, group identity and privileged rights, undermines the British (and American) tradition of individual rights, resulting in horrendous fragmentation and even group conflict. In Canadian politics tribalism is king, and moral, cultural relativism the nation's food. Furthermore, Armstrong's documentation of elitist complicity in furthering this goal and stifling dissent is hard to deny. In sum, I find most of Armstrong's argument to be on target.

In addition, this book is a rather wonderful (though depressing!) Read. Armstrong has a real way with words and some of his characterizations are stunning. Here's a sample: Vichy Anglais; TROC (the rest of Canada); Joe Clark as "a sheep in sheep's clothing"; Kim Campbell as "another Joe Clark—born to lose when it counted"; Quebec's "tongue troopers"; Canada's business executives as "Neville Chamberlain in a Banker's Suit." The banality of daily political rhetoric is mixed in with thoughtful citations from a large variety of thinkers: Rousseau, George Grant, Alexis de Tocqueville, Jacques Ellul, Edmond Burke, and even a observant quip from Ross Perot. At the same time the sheer volume and unrelenting passion of Armstrong's critical prose does eventually wear one out. And that is the book's main problem: There is no clear, consistent framework of analysis. Armstrong is opposed to almost every development in Canadian political life during the last three decades, including NAFTA and Preston Manning's leadership of the Reform Party, but offers no alternate political agenda. And at times, he's not realistic about politics as the art of the possible. He faults Manning for first waffling and then not being aggressive enough in his opposition to the Charlottetown Accord and dismisses Manning's cautious concern about not wanting to appear "anti-Quebec." While such caution may not needed by a journalist it surely is not inappropriate for the leader of a national party already under heavy-duty accusation that it is a refuge for red-necked racists and nativists?

There are other matters in which the author, in his zeal for a consistent conspiracy theory, reaches conclusions too quickly and without sufficient nuance. For example, he does not even acknowledge that Trudeau's vision for Canada might be inconsistent or, at least he does not seem to locate the inconsistency correctly. The Trudeau who faced down the FLQ and who opposed Meech and Charlottetown are not tow different people. Armstrong argues that "logically" Trudeau should have been on the "Yes" side for both Accords instead of opposed. Why? Because Trudeau agreed to the "Notwithstanding" clause in the 1982 Charter. But, taken as a whole, Trudeau's literary and political career demonstrate a consistent opposition to nationalism and group rights in favour of individual rights. The inconsistency is his capitulation on the "notwithstanding" clause. Armstrong is not as nuanced here as he should be when he thinks in terms of a seamless Pearson-Trudeau-Mulroney web. He should have taken his own citation of Trudeau's federalist vision on p. 466 more seriously:

. . . the nationalists' thirst will never be satisfied, . . . each new ransom paid to stave off the threat of schism will simply encourage the master blackmailers to renew the threat and double the ransom. . . . The blackmail will cease only if Canada refuses to dance to that tune. . .

Armstrong couldn't have said it better himself.

Another couple of problems: First, if Canada's conspiratorial elites are so in control of the dumb Canadian masses, why did the nation reject the Charlottetown Accord? Perhaps Armstrong doesn't trust his populist instincts enough. Second, I doubt that all of Canada's undeniable current political problems can simply be attributed to the deux nations ideology and the appeasing of Quebec. The conscription crises in the World Wars took place before the Pearson-Trudeau-Mulroney era and there are other social-cultural reasons for the post-modern drift into multicultural relativism. Granted, the Quebec problem hasn't helped but it is not the only cause. Furthermore, Armstrong's implied and nostalgic vision of an earlier BNA-guided Canada is too simple. A bit of history would help here. Canada has never been an easy-to-govern country, not the least because of the French fact, and remarkable political manoeuvring has been needed by its politicians from MacDonald through Laurier to McKenzie-King to keep it together. The pressure is real and can't be dissipated by simply running the Red Ensign up the flag pole.

These criticisms notwithstanding (my Charter freedom!), the publication of this book is a significant and much-to-be applauded act. Even when the analysis in not exactly on target, the data brought together here is impressive, convincing and useful. Where else can one get such a thorough guided tour of Canada's recent political tragicomedy. A word of thanks is also due to Stoddart Publishing for its courage on this volume as well as other which prove that dissent is not completely stifled in Canada. An example is illustrative here. Two important books on the Reform Party have been published this year: Trevor Harrison's Of passionate Intensity (University of Toronto Press) and Tom Flanagan's Waiting for the Wave (Stoddart).

Harrison's title gives it away. It is taken from the lines of William Butler Yeat's poem, "The Second Coming" which read, "The best lack all conviction, while the worst/Are full of passionate intensity." Harrison is a sociology professor, like most Canadian academics, doesn't get it. He doesn't understand how the Reform Party came into its success ans a n alternative "in opposition to, and during the time in office of, the right-wing federal Progressive conservative party." Mulroney a right-winger. Yes, honestly!—an incredible and unfortunately a typical characterization that proves a part of Armstrong's thesis. On the other hand, Flanagan, also an Alberta professor, though fired from his post as the Reform Party's policy advisor because of policy disagreement, writes a sympathetic account of Manning and the party.

While Armstrong's chronicle can be depressing, the fact that his book did get published and that other voices are being published (thank you Stoddart!), including those of dissenting academics, is a hopeful sign. We need all the signs we can get that Her Majesty's Loyal Opposition is not yet dead in Canada—even if they are only clouds the size of a man's hand signalling a potential downpour. Let it rain. 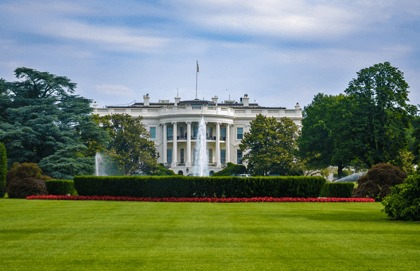 Hoping for Too Much?

An Obama staffer's memoir shows that the problem with American politics might be us.

Rolling the stone over the top