Hope and uncertainty . . . in Bosnia and beyond

How can people find hope if their lives are shaped by extreme political and economic circumstances? How can a person flourish if the culture that made her values and actions meaningful seems to have been destroyed? How can the idea of the good life and good society be rediscovered and sustained in communities shattered by a tragic event? These are the questions raised in Radical Hope: Ethics in the Face of Cultural Devastation, the important new book by Jonathan Lear—a philosophical reflection on what happened to the Crow Indians when their warrior worldview lost the world in which it could make sense.

The questions that Lear raises about the relationship between hope and uncertainty do not belong only to the realm of history, but they have political urgency and implications for our world, today. In Stolac, a small town in Bosnia and Herzegovina, these questions are the background of daily life. Before the Bosnian war, this town had 19,000 people—about 45% Muslim, 35% Croat, and 20% Serb. By the summer of 2006, its population was halved, with approximately 80% Croat, 15% Muslim, and fewer than 5% Serb. As elsewhere in Bosnia and Herzegovina, the most tragic aspect of the Stolac conflict was that it happened among neighbours and friends. And, while the Bosnian war will be remembered as a war in which everyone at one point fought everyone, the bad guys in Stolac were to be found among the Croats. They did everything they could to remove the Muslim presence from the town, they committed notorious crimes against the local Bosniaks, and they destroyed the town's Muslim architectural heritage.

The word that best describes the post-war, 21st-century, town of Stolac is hopelessness. The physical destruction of the war is, still, everywhere. Mosques, even when restored, still show marks of war. Many homes that were burned still stand in ruins. Many empty houses come with signs that read "for sale or exchange," indicating that their owners—Bosniak, Croatian, or Serbian—moved somewhere else, most likely into a community in which they "belonged" on the basis of their ethnicity and religion. At night, the devastation is even starker, with the odd street lights casting dim light and shadow inside vacant houses. But no burned-out shell of a house discloses the post-war despair of Stolac as do the daily affairs of its citizens. Once, this was a picturesque, historical town in which Croats, Muslims, and Serbs lived next to each other, with and regardless of their ethnic and religious differences. Today, this is a divided town. There are coffee shops for Bosniaks and coffee shops for Croats. There are restaurants for Bosniaks and restaurants for Croats. There is a Bosniak primary school and a Croatian primary school. It's a rare visitor who can see the walls between the Croatian and Bosniak worlds, but every citizen of Stolac knows the invisible ones between what is "ours" and what is "theirs" by heart.

More than a decade after the Dayton Agreement that stopped the Bosnian war in 1995 but legitimized the ethnic cleansing and left a country divided, the story of Stolac is not only a Bosnian problem. It epitomizes the larger, even global, political questions: Where does one find the cultural resources that a plural but harshly divided society desperately needs for "envisioning" its future? Can a sense of common good be re-created among peoples who were killing each other only a decade ago?

The international community, now governing Bosnia, addresses these questions by focusing on the political models and institutions of democracy-building. For the United Nations (UN), the European Union (EU), and international, non-governmental organizations (NGOs), democratization has become a constitutive part of the comprehensive approach to peace-building, and Bosnia has become a case study for it. But as some keen observers of these processes suggest (David Chandler, for example), there are inherent problems with the idea of the international democracy-building. This process begins from assumptions that international institutions not only can impose democracy in some societies but that they ought to do so because the societies in question are not rational or civil enough to govern themselves. Chandler and political analysts of like mind point out that the real problem for such societies, as with Bosnia and its utter sense of apathy and hopelessness, is not in the irreconcilability of Bosnia with the concept of democracy, but in the imposition of democracy from outside.

The German sociologist Claus Offe pushes this argument further when he suggests that the transplantation of ideas and institutions holds no chance of success without a foundation in the moral and cultural infrastructure of the 'recipient' society. Offe's nuance is important—for Bosnia and beyond. It highlights that every political model or institution is linked to ideals and ideas of the good that are grounded in culture, and that make such institutions meaningful.

The politics of democratization in Bosnia (or any other society that has suffered tragedy) is inseparable from the questions of why and how people choose hopefulness instead of hopelessness, in the face of uncertainty. To make this choice, people reach beyond the realm of political and institutional. As Jonathan Lear suggests, they look to the realm of their moral imagination and exhibit "radical hope." This hope is radical, Lear writes, because it is "directed toward a future goodness that transcends the current ability to understand what it is." In tragedy's fallout, a people may not understand what they could hope for or, even, how to hope.

Reflecting on Jonathan Lear's understanding of "radical hope," Charles Taylor says that it encourages us to believe that people and societies can invent a new way of life in "some creative continuity with the one that has been condemned." Taylor joins a number of thinkers, some mentioned above, to plead that political processes are inseparable from culture, and they must employ the creative, moral energies of societies in question. In the moral renewal of these societies, democratization is only a small part of the process.

Scholars, intellectuals, and political elites do not agree whether or not Bosnia and Herzegovina have the resources from which to draw radical hope and invent a life anew for all groups. There are those who argue that Bosnia cannot succeed as a political community of three peoples. Their view is not based only on the memory of atrocities committed, or on the current, radical divisions among the groups (as the story of Stolac demonstrates). They appeal to the earlier past and claim that there is no legacy or historical tradition in Bosnia that could be retrieved today as a source of common hope and purpose for all three national communities—Bosniaks, Croats, and Serbs. While Bosnia needs to be a truly plural society, this group of thinkers argues that it has never experienced true plurality. It has always been divided. It always had three peoples, with three histories, and three frameworks of moral imagination.

On the other side are social scientists, intellectuals, and historians who trace the history of multiethnic Bosnia to the medieval period. They write of a distinctly Bosnian history and culture that was shared by Catholics, Muslims, and Orthodox Christians for centuries. They emphasize that Bosnia and Herzegovina did not have a nationally or religiously homogenous part. Before the last war, they explain, Serbs and Bosniaks lived on 95% and Croats on 70% percent of the territory in Bosnia. Bosnian children, one Bosnian intellectual writes, grew up listening not only to the call to prayer from the minarets but also to the ringing of church bells.

Both groups are right; both are wrong. Bosnia has always been divided. For the last 500 years, Bosnians lived in neighbourhoods that were known as Catholic, Muslim, or Orthodox Christian. Bosnians have always known each other's religions and national identities. But, they also drank coffee together, celebrated each other's religious holidays together, and married among one another. Everyday life and interactions countered religious and ethnic difference and embraced the different histories and identities of Muslim, Orthodox Christian, and Roman Catholic communities under one canopy. In everyday life, the lines of differentiation continued to exist, but they ceased to be neat and clear.

In this absence of neatness, in the fragility of the boundaries of daily interactions, was a source of Bosnian idea of the good: the ability to live with a strong sense of difference and group identity without strict walls of separation. It was the fragility of boundaries among clearly defined religious and ethnic identities that shaped Bosnia as a plural society and its cultural identity. For the late modern mind, it is the simultaneous existence of boundaries and their fragility that is so difficult to comprehend as one possible model of plurality. Our tendency is to understand plurality either with the notion of divided societies based on the strict separation between different groups, or with the notion of open societies where no difference is affirmed.

But the separation between Bosnian Catholics, Muslims, and Orthodox Christians coexisted with the fragile and open boundaries among them for several centuries. This has been the foundation of the Bosnian culture. As a society, sometimes Bosnia was closer and sometimes it was farther from that notion of the good. In the 1990s, the fragility of this Bosnian ideal of the good proved itself to be an easy target to shatter. But it is in this fragility of boundaries that one must look for the possibility of Stolac and Bosnia's recovering a renewed sense of common purpose. Will the Bosniaks, Croats, and Serbs find the moral courage to move in that direction, regardless of their recent conflict and without any certainty for success? We do not know. But we ought to keep on hoping. What's at stake in the Bosnian case is whether or not any society can relearn how to live with the precariousness of its own condition. Jonathan Lear would say this goes to the heart of who we are as human beings. It touches on our ability to live with the knowledge that everything we can think of as possible is ultimately cultural and, therefore, vulnerable. 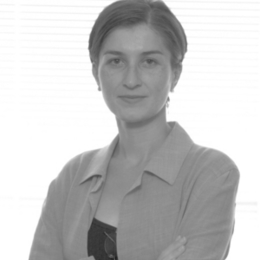 Slavica Jakelic is Research Assistant Professor of Religious Studies at the University of Virginia and Co-Director of the Program on Religion, Culture, and Democracy at the Institute for Advanced Studies in Culture. She is a co-editor of two volumes, The Future of the Study of Religion and Crossing Boundaries: From Syria to Slovakia, and of The Hedgehog Review?s issue "After Secularization." She has written for both academic and broader audiences on theories of religion, the public role of religions in modern societies, secularization and secularism, religion and violence, and religious dialogue. She is presently working on a book entitled Religion as Identity: The Challenge of Collectivistic Religion in the Contemporary World.

The End of an Era—What Next?