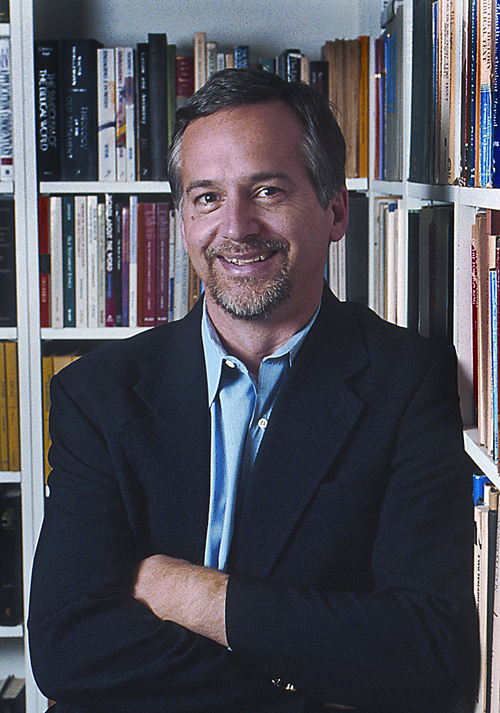 How Universal is Wisdom Literature?

The Wisdom Books—the part of the Old Testament, perhaps of the Bible, that seems most universal in their appeal at first glance—have an overriding purpose that still challenges the non-believing reader.

Editor's Note: The Old Testament is full of much which is confusing, violent, and ambiguous. This Comment series, curated by Ryan O'Dowd (lecturer at Cornell University and author of Old Testament Wisdom Literature: A Theological Introduction) explores how and why we should read the Old Testament for public life today.

I usually teach the Old Testament to Christian audiences. I teach at Westmont College, a Christian liberal arts educational institution, as well as at a variety of seminaries. I teach and occasionally preach at churches. True, once a year I teach a course at the University of Peking (Beida), but even though we can't talk about faith in class, the vast majority of my students are Christians, or even ministers in the Three-Self Church. I also give academic papers at the Society of Biblical Literature where, of course, not everyone is a Christian, but typically the papers are rather specific and technical.

So it was something of a new experience when I taught a series on Wisdom Literature to a local community group this fall. Very few of the attendees were Christian. Some were Jewish (though not particularly religious), but most were agnostic or just disinterested in religion. The experience made me reflect on the relevance and significance of the Bible for non-believers—and, in particular, if the Bible has significance outside the community of faith.

I specifically chose to teach on Wisdom Literature because it is the most "universal" of all Old Testament literature. While the prophets and priests of the Old Testament blasted their pagan rivals and urged people to avoid any contact with the outside world, the sages read deeply and benefitted from interaction with the wisdom literature from Egypt, Mesopotamia, and elsewhere. Indeed, Solomon, the poster boy for wisdom (at least in his early days), is praised by the narrator of the book of Kings: "Solomon's wisdom was greater than the wisdom of all the people of the East, and greater than all the wisdom of Egypt" (1 Kings 4:30). Such a statement, while giving Solomon pride of place, only is a compliment if the sages of the East (places like Edom that are renowned in the Bible for their wisdom) and Egypt are the source of incredible wisdom. Furthermore, many of the proverbs found in Proverbs 1-9 find their inspiration in earlier ancient Near Eastern instruction texts. Compare Proverbs 23:4-5 with the Instructions of Amenemope 9.14-10:5:

Do not wear yourself out to get rich;
be wise enough to desist.
When your eyes light upon it, it is gone;
for suddenly it takes wings to itself,
flying like an eagle toward heaven. (NRSV)

Do not strain to seek excess
when your possessions are secure.
If riches are brought to you by robbery,
they will not stay the night in your possession.
When the day dawns they are no longer in your house.
Their place can be seen but they are no longer there.
The earth opened its mouth to crush and swallow them
and plunged them in dust.
They make themselves a great hole, as large as they are.
And sink themselves in the underworld.
They make themselves wings like geese,
and fly to heaven.

So, one might expect Wisdom Literature to speak to all of humanity and not just the believing community. A first look at Proverbs, Job, and Ecclesiastes bears this out. A second look questions its broad applicability.

Many have argued that Proverbs is secular literature. After all, much of the advice handed out by the sages has little to do with theology:

A wise son makes a father glad,
and a foolish son is the sorrow of his mother.
The treasures of the wicked do not profit,
but the righteousness extricates from death.
A slack palm makes poverty;
a determined hand makes rich.
An insightful son harvests in the summer;
a disgraceful son sleeps during harvest. (Prov. 10:1-2, 4-5)

Granted, such a view requires that the reader ignore those proverbs that mention Yahweh (like 10:3), but still, the majority of proverbs—as well as the teaching of the discourses in chapters 1-9—seem to give advice as how to live life well.

Indeed, the book of Proverbs intends to teach wisdom (hokma), as the first six verses of the prologue to the book points out (1:1-6). At first blush, it looks a lot like that highly regarded quality we call emotional intelligence—the ability to say the right thing at the right time (see Prov. 15:23), do the right thing at the right time, and feel and express the right emotion as is appropriate to the situation. Dan Goleman's best-selling book Emotional Intelligence as well as David Brooks' more recent book The Social Animal both make the point that these skills, as opposed to a high IQ, are really the key to living a successful life defined by having and keeping a good job and having and keeping healthy relationships with people. In a word, the book of Proverbs offers the reader guidance toward a happy and successful life.

Thus, I could point out to my non-religious audience that this biblical book offers advice for living well. I gave them a handout that grouped proverbs that spoke to topics like speech, various emotions, business ethics, relating to children and parents, and much more (see the essays in the appendix to my commentary on Proverbs).

However, to say that wisdom, according to Proverbs, is the skill of living is true, but inadequate. The prologue does not end at verse 6. The final verse of the prologue announces, "The beginning of knowledge is the fear of the LORD." In other words, one cannot even start to be wise or knowledgeable unless they fear God. After all, if someone does not know the most basic thing about the world we live in, that God created and runs it, then that person is a fool. It is interesting that that relationship is characterized by fear. Why fear? The fear referred to here is not the type that makes one run away. It is more like reverence or awe. It is the awareness that God, not oneself, is the centre of the universe. It is the emotion that cultivates the humility that allows a person to listen to advice and avoid the pride that causes people to reject criticism.

Yes, non-believers can cultivate a skill of living apart from a relationship with God. Interestingly, the sages who produced Proverbs learned from Egyptian instructional material. After all, observant people can live according to the rhythms of creation and turn around and teach others how to do so. But true wisdom is much, much deeper. True wisdom acknowledges God and avoids the error of thinking we are the centre of the universe.

Job is one of the few Old Testament books known outside of Jewish and Christian circles—though most only know that it is a story about someone who does not deserve his suffering. Most people, if asked, would say that Job endured his suffering patiently, but the biblical book itself does not support the idea that Job was patient. This perception comes from the popular saying—"as patient as Job"—which arises from the KJV translation of the book of James.

Why is the book of Job so appealing? Because everyone has suffered—and furthermore, everyone has suffered for inexplicable reasons. Who hasn't said, "What have I done to deserve this?" Such feelings explain why Harold Kushner's book Why Bad Things Happen to Good People has sold so well over the past two decades.

But again, once one digs into the book of Job, it is clear that this book too is not for the general public but for those who fear God—or, at least, it intends to cultivate the fear of God in people. True, it undermines the belief that all suffering is the result of sin—the argument of the three friends, Elihu, and indeed of Job himself (why else would he think God is being unfair?). But Job never finds out why he suffers. Suffering is a mystery.

The book asks how someone should respond to the pain of life, and then gives a deeply religious answer. Yes, it is permissible to rail against God, as Job does through the majority of the book. But that is not where he ends up. The proper response to suffering is to submit in silence before God and to bear the pain, a message that is objectionable to those who reject or are indifferent to God.

The repeated refrain of the book of Ecclesiastes—"Meaningless, meaningless, everything is meaningless"—is startling, and a reader can be forgiven if their first reaction is to wonder what in the world such a book is doing in the Bible. On the other hand, the subject of the meaning or purpose of life is one of the most important questions people of all walks of life: Why is life worth living?

The best reading of Ecclesiastes recognizes that there are two voices in the book. There is the voice of the Teacher (or Preacher; Hebrew Qohelet) in 1:12-12:7 and the voice of a second wise man who is speaking to his son about the Teacher in 1:1-11 and 12:8-14.

The Teacher's bottom line is that life is hard, and then you die. Because of death, everything is meaningless. Work, status, pleasure, wisdom, you name it—they are all meaningless. The best we can do is carpe diem! Grab whatever joy one can out of life in order to distract ourselves from the harsh reality that life is purposeless and we are going to die.

That is the message of the Teacher, but not of the book. The second wise man's evaluation of the Teacher ends the book (12:8-14). He tells his son (12:12) that the Teacher is exactly right. Life is hard and then you die. That is the only conclusion that one can reach when one searches for meaning "under the sun" that is apart from God. The message to the son (as well as to later readers) is straightforward: "The end of the matter: All has been heard. Fear God and keep his commandments, for this is the whole duty of humanity. For God will bring every deed into judgment, including every hidden thing, whether good or evil" (12:13-14).

The Wisdom Books—the part of the Old Testament, perhaps of the Bible, that seems most universal in their appeal at first glance—have an overriding purpose that still challenges the non-believing reader. That purpose is this: to lead people to one place—"The fear of God." There is no true wisdom apart from him. 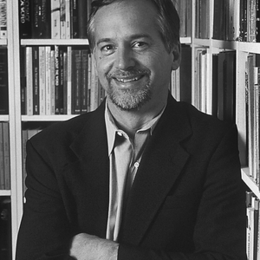 Tremper Longman is the Robert H. Gundry Professor of Biblical Studies at Westmont College in Santa Barbara, California. He has written over twenty books and a number of articles. He is a Senior Translator of the New Living Translation. He is married to Alice and has three grown sons. For fun and exercise, he plays squash. 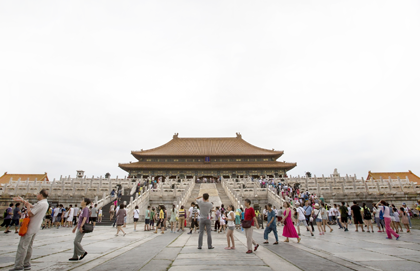 How and why the Old Testament matters for public life today. 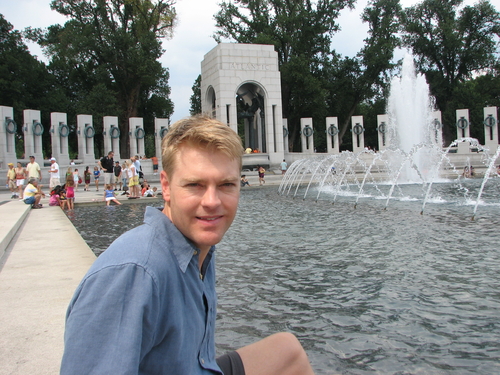