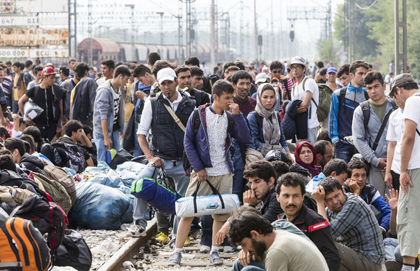 Immigration, Refugees, and the Old Testament

A search for ethics in Scripture that ignores the worldview of Israel will inadvertently result in a collapse of the reader's worldview with the text's worldview.

Editor's Note: The Old Testament is full of much which is confusing, violent, and ambiguous. This Comment series, curated by Ryan O'Dowd (lecturer at Cornell University and author of Old Testament Wisdom Literature: A Theological Introduction) explores how and why we should read the Old Testament for public life today.

Migrants exist under darkening clouds of suspicion in Western countries today. Media reports the arrival of asylum-seekers in "waves" that threaten to "swamp" our shores—in fact, the arrival of vulnerable migrants described in terms of a threatening natural disaster have become common. A biblical response to asylum-seeking is a pressing need. Old Testament Israel hosted large numbers of refugees—what attitude did Hebrew scripture require of Israel? Debate over asylum-seekers today is red hot and appeals to Scripture bring little clarity—vastly differing agendas equally claim scripture as their guide. One writer appeals to the Bible to bolster an exclusivist agenda. A blog claims support for inclusion. With some, the Old Testament has a reputation for exclusivism and violence. It is derided by sceptics and is an embarrassment for many Christian advocates and academics.

Lacking direction from the Bible, Christian opinion on immigration and refugees often reflects national sentiment tending towards exclusivism and self-preservation. As Ralph Premdas has demonstrated, "The inter-communal antipathies present in the society at large are reflected in the attitudes of churches and their adherents."

This Comment series is rightly launched with the assumption that the Old Testament speaks with relevance today. It is clear from the above, however, that we must begin by inquiring into how we read Scripture. To date, dialogue on ethnicity and inclusion has focused on Israel's laws, with little discussion of Israel's view of life, the world, and God. Abstracting laws from the worldview in which they are embedded has led to readings that are uncontrolled and therefore variegated. Proper ethical investigation must begin with Israel's view of the world as a whole. As Chris Wright writes, "What we have to try to do is to put ourselves in Israel's position and understand how Israel perceived and experienced their relationship with God and how that experience affected their ethical ideals and practical living as a community." A search for ethics in Scripture that ignores the worldview of Israel will inadvertently result in a collapse of the reader's worldview with the text's worldview.

This three part dynamic is central to Israel's worldview:

We may describe the dynamic in shorthand: gift-thanksgiving-generosity/justice/inclusion.

Israel's worldview begins with a gift: at the heart of reality is a God of limitless generosity. Yahweh's generosity in creation and salvation is the garden in which the Old Testament story is played out. The scope of God's providence may be viewed with increasing imminence: the cosmos, the world, the land, the farm, the soil, the produce—all is a gift!

An unusual feature, three verbs in quick succession—"giving," "taken possession," and "dwell"—is a concentrated expression of the giveness of the land. Interestingly, the verb "give" occurs seven times in this passage. Seven is a symbolic number for completeness. In fact, there is a pattern of sevens: the words for soil and land add together to seven. The words for "come into the land" and "come out of Egypt" add to seven. And "Yahweh" occurs 14 times! The point is that produce, soil, farm, and land testify to the abundant, steady flow that sustains the world. Truly, as Gordon Spykman says, "God's creation is evidence of the caring hand of the Creator reaching out to secure the well-being of His creatures, of a Father extending a universe full of blessings to His children."

Gift leads to thanksgiving. The festival of the first fruits is a ritual of thanksgiving. Jewish tradition knows it as the "festival of the basket." During the spring and summer months, when the first shoot of grain appeared in the field and the first cluster of grapes appeared on the vine and the first apple appeared on the trees, the farmers marked the sprouting fruit with a length of cord or grass. At harvest, marked produce was set in a basket and walked to the central place of worship. At the sanctuary, the worshipper stood before the Lord, basket in hand, and made a declaration of thanksgiving: "I declare today to the LORD your God that I have come into the land that the LORD swore to our fathers to give us" (Deuteronomy 26:3).

This offering is of no monetary value: It is a small amount of produce. It is not a gift for the priests. The purpose of the offering is simply to give thanks. Israel's festivals engage God's people in a seasonal rhythm of thanksgiving. This dynamic of gift and thanksgiving is central for the life and faith of Israel. I would argue that thanksgiving is the heart of faithful covenant response to God, both for Israel and the church.

Thanksgiving, which springs from God's gifts, results in a life of generosity and justice. This completes the dynamic: gift-thanksgiving-generosity/justice/inclusion. In Old Testament thought, genuine thanksgiving is impossible without generosity and justice. In Deuteronomy 26:1-11, ritual and declaration express inclusion and generosity: vulnerable people are included in the festival of the first fruits. The Levite, the ger (vulnerable outsider), the orphan, and the widow rejoice with the landed Israelite: "And you shall rejoice in all the good that the LORD your God has given to you and to your house, you, and the Levite, and the vulnerable outsider who is among you" (Deuteronomy 26:11). (The orphan and widow are not mentioned, but their presence is assumed—e.g., Deuteronomy 26:11, 14.)

Ger is a Hebrew word that is characterized by the dual themes of displacement and vulnerability in Deuteronomy. While no English word corresponds to ger exactly in Deuteronomy, it is perhaps best expressed by the English word "refugee"; or the phrase "vulnerable outsider." The precise identification of ger varies with context.

Notice the ger is included in festivity. The festival of the first fruits was a celebratory meal where the best of the harvest was eaten with joy. Let's not miss the significance of shared festivity: here is social, festal, economic, religious, and even familial inclusion! Inclusion of the vulnerable outsider is the pattern of Deuteronomy (5:14; 16:14; 23:15ff; 29:11; 31:12). Inclusion and generosity spring from thankfulness for the abundant provision of God. Thus, gift leads to thankfulness which results in a community of generosity, justice, and inclusion.

Let us compare this with Deuteronomy 10:18-19, perhaps the most famous passage concerning the ger. This is the slogan of more than one advocacy group: "He [Yahweh] executes justice for the fatherless and the widow, and loves the ger [refugee], giving him food and clothing. Love the ger, therefore, for you were ger(s) in the land of Egypt."

In Deuteronomy, inclusion is realized within town and kinship group. The town "gate" within Israel is a motif of inclusion. At the ancient Egyptian border gate, it was customary for foreigners to be turned away if they could not prove their ability to earn a living. But in Israel, the town gate is not a barrier, but a symbol of welcome, protection, and belonging, a demarcation of responsibility toward the ger (see 23:15ff).

The ultimate sphere of inclusion is within the kinship group. Within a kinship group, the ger and other vulnerable people could expect sustenance and belonging. This is exemplified in a household's seasonal journeys to "the place the Lord will choose" (see also 16:9-17). These festivals punctuate Israel's calendar with a rhythm of worship and celebration—through which Israelite and ger feast together in the presence of God. Sojourning to the place that the Lord chooses, together they experience landlessness—or a deeper sort of landedness—as they feast from the best of the harvest!

What kind of response to asylum-seekers today does Deuteronomy 26:1-11 suggest? Merely citing Israel's laws is not enough. We must allow Israel's view of God, the world, and others to shape our own. As Christians, we appropriate the Old Testament worldview through Christ, his life, death, resurrection, ascension, and return.

We begin here: at the heart of reality is a generous God. God has given us the world; in the resurrection of Christ new creation has begun! The "myth of scarcity" (Douglas Meek's term) that inhabits our satiated culture is replaced by an assurance that we have enough to live and enough to be generous.

Second, a life of thanksgiving follows from knowledge of this reality. Thanksgiving holds our lives and the world ever before us as a gift. It is at odds with the myth of the "self-made man" and a posture of grasping.

Third, generosity, justice, and inclusion are a reflex of thanksgiving—which affirms that God owns everything, and wants everyone to be able to enjoy some of it (as Doug Blomberg has said). Our lives, land, possessions, and even families remain gifts. They are given to us—and through us, to the world. 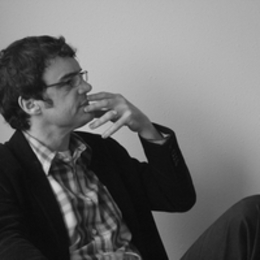 Mark Glanville, PhD, is a scholar-pastor who ministers in a missional urban community, Grandview Church, Vancouver. Mark is also Professor of Old Testament and congregational studies at the Missional Training Center, Phoenix. Mark has authored “Family for The Displaced: A New Paradigm for the G?r in Deuteronomy” (Ancient Israel and its Literature; SBL, 2018), a book on Exodus (Lexham, 2018), numerous refereed articles (including in the Journal of Biblical Literature, forthcoming), and book chapters. Mark is presently co-authoring a book, Providing Refuge: A Missional and Political Theology." 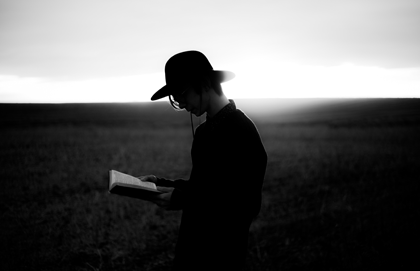 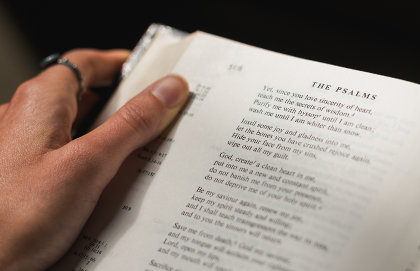