Impressions from an Emergent India

Present-day India is full of contradictions and anomalies, but as its global profile rises, the face of the country will change.

Not long ago, I spoke with a social worker who works alongside rural Indian manual labourers who have recently been freed from forced labour slavery—a form of slavery still widely practiced in India. She works to help the labourers, most of whom were recently rescued in government raids at brick kilns or rock quarries, to find work, steer clear of addictive substances, and avoid returning to lives of bondage. This young Indian woman, who was born and raised in Kerala and educated in Bangalore, told me how she teaches the rescued labourers about their rights under the Indian Constitution, which abolished forced labour slavery in 1950. The tricky part, she said, often is getting them to understand the concept of intangible, universal human rights that somehow apply to each of them as individuals. Many rural labourers have difficulty conceiving of India as a single country and the constitution as a set of standards applicable to each person in that country on equal terms.

When you think about it, this isn't particularly surprising. The religious practices, customs, language, cultural heritage, and even appearance of Indians from Tamil Nadu—a state in the south—vastly differ from those in Punjab, Pune, or Nagaland, far to the north (and those regions are as different from one another as they are from Tamil Nadu). For the most part, the labourers with whom my friend works will pass their lives without meeting people from other parts of India, casting their vote in an election, or seeing their President speak on television. Even if they watch television—a rarity—they are unlikely to understand the Hindi programs coming from Mumbai or the English ones from overseas. These Indians' lives are governed largely by their families and the changes in the seasons and crops, by births, marriages, and deaths. They pass the years not in months but in the passage of Deepawali and other Hindu holidays. Their struggle is against the land for food and water, and against the body as it ages and falters. They feel bound by family and caste, not by some abstract nationalism that purports to tie them to the strangers from the north who speak and think so differently.

Contrast these labourers with the Indians who I meet in central Bangalore on a Friday night. Bangalore has been called India's Silicon Valley due to the number of IT corporations with offices here. With the influx of businesses has come a surge in bright young Indian talent. I have shared a drink or two with executives for Goldman Sachs or HSBC, General Electric, Microsoft, and others, many of whom split their days between Bangalore and New York or London or Dubai. Most have been educated in private schools or in Europe and North America, speak several languages, and are very well connected in global circles. They wear tailored Italian suits to work, play golf on the weekend, and drink espresso while checking their stock options on iPhones.

Living in present-day India often means wrestling with the seeming contradictions that are ubiquitous here. I work in an office that is fully equipped with high-speed internet; state-of-the-art computers with the latest software; videoconferencing hubs for meetings with our offices in Washington, London, Amsterdam, Mumbai, and other places; a high-tech security system; and numerous other modern conveniences. On the way to this office, I walk past overturned cars on the side of the road, a vacant lot covered with garbage piles (which are often on fire), women in saris painting Hindu symbols in chalk in front of their houses, a small creek that smells of excrement, three packs of wild street dogs scrounging in the morning sun, several cows munching on piles of garbage, a small Hindu temple with incense burning, several modern coffee shops, a decaying Catholic graveyard, and a Sony flat screen television outlet. There are also a number of large modern buildings rising quickly on the skyline, built of bricks that the workers carry around on their heads and prop up with large sticks as the cement hardens. I sometimes feel I am in an ancient civilization that has been overrun and occupied by a foreign invader with different priorities and values.

I suppose in some ways this is true, as the ghosts of English colonial rule have never quite settled, and have certainly not left. But it is simplistic to think of the modern India as English (or Western) inspired and the ancient as more indigenous or genuine. The "new" India is somehow as authentically Indian as the ancient one. The colour and cadence of modern Indian cultural hallmarks such as Bollywood or Infosys's corporate culture feel nothing like their American or European counterparts.

The result of this is often charming, but just as often maddening to a Western observer. One lives in a culture that is sometimes very familiar even though it is infused with shades and colours that are totally alien—like seeing your own reflection refracted through broken glass. Just when I think I am beginning to understand India, something happens that makes me realize I know nothing at all about this place.

For better or for worse, the present state of affairs is unlikely to last forever. As India rises into the global consciousness, many of its particular traits will be lost, in ways that are both necessary for an emerging global power and at the same time terribly sad. International business travellers will demand food that isn't so spicy and roads that are not crowded with cows and legions of motorcycles with no interest in emissions standards or traffic laws.

As money pours in, it will have the usual effect of sterilizing certain creative instincts in order to make them more globally marketable. The middle class will continue to expand, and as they become more exposed to the benefits of wealth and international commerce, they will be less inclined to acquiesce when police ask for bribes or when elected officials squander public money. Their tastes will also reflect a more international palate, which will certainly be duller than what they presently have. Cultural and religious practices, such as spreading the ashes of cremated family members in rivers—practices which are thousands of years old—will likely cease for environmental reasons.

As exposure to foreign cultures increases, smaller, ethnic-based affinities and communities will likely begin to break down, and the notion of an India united by constitutional maxims will chip away traditional Hindu notions of Jäti—which gives objects meaning and value only by their context. This is the way it always happens. India can see the bright horizon, emerging onto the world stage where anything is possible. Lives can be saved, children fed, glass ceilings shattered. And yet there is so very much to lose. 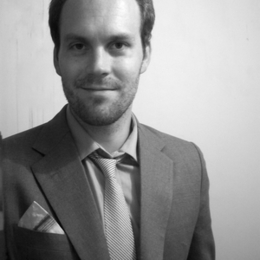 Casey Downing was born and raised in the shadows of the Rocky Mountains in Colorado Springs, Colorado. He studied writing at Colorado State University and the National University of Ireland in Galway. After graduation, he bounced around until he landed in Argentina, writing articles and teaching at a private school. In 2008 Casey moved to New York to work as North American Director of World Youth Alliance, a human rights advocacy organization and NGO consultant to the Economic and Social Council at the United Nations. Casey has given lectures on human rights issues at the University of Scranton, Fordham University, Fairfield University and Rutgers University among others. He has also been a staff writer for Curator Magazine since early 2009, and writes bi-monthly articles on cultural and political topics. Casey has also been known to write short fiction, essays, and the occasional poem.

Another Class Conflict in the Making? A Discussion of Jeremy Rifkin's The End of Work