In defense of genre

Gene Roddenberry's Star Trek and George Lucas's Star Wars trilogy-plus are both examples of the power of a genre to draw an audience. Is sci-fi nothing more than tickling the fancy?
by Jason Panella

While browsing through the reviews on Metacritic, I noticed a theme running through reviews of the newest season of Battlestar Galactica. It wasn't that the show was getting rave reviews (and it is) . . . it was the reviewers' mentioning how the show transcends the science fiction genre.

"Transcending the genre" is a phrase that I see a lot, often as a backhanded compliment. "Genre transcending art" can run the gamut from music to visual art to theatre, but the phrase is most often used in the context of film and literature.

Science fiction, fantasy, Western films and detective novels are well-known examples of genre. "Genre art," we're told, "is inherently flawed because it sticks to set conventions and is often only geared toward a certain audience." For example, Westerns have a violent showdown between the white hat and the black hat (after a chase on horseback, of course), and fantasy is usually epic in scope and features lots of elves and people with apostrophed names.

The view goes that genre storytelling is shackled by conventions—that it is the rare instance that rises above the pedestrian to join the ranks of narrative as art.

I have a different view.

Contrary to what is fashionable, I believe genre storytelling is worthwhile. Some of my favorite works of art fit genre definitions hand-in-glove, but they also constitute good art. A movie need not be critically embraced as "film" to show beauty or point to the eternal. Nor must a novel be "literary fiction" from an established postmodern author to make poignant commentary about the sinful nature of man, or to offer well-constructed observations that deepen our awareness of the things that matter.

Science fiction or fantasy can offer much in this regard. The genres allow you to take a step back—to see life differently. The conventions and allegedly constrictive parameters of genre storytelling can accentuate certain aspects of narrative. Things can be highlighted and illuminated. A few examples:

Stephen King defends horror genre storytelling, one of the most maligned genres in film and literature:

Horror movies do not love death, as some have suggested; they love life. They do not celebrate deformity, but by dwelling on deformity they sing of health and energy. By showing us the miseries of the damned they help us rediscover the smaller joys of our own lives. They are the barber's leeches of the psyche, drawing not bad blood but anxietyâ€¦ for a little while anyway (Stephen King, Danse Macabre).

A defense from the Word

A great defense can also be drawn from Scripture. While God-breathed, the writing of the biblical narrative still involved human beings with their own stylistic flourishes and linguistic nuances—we might say that these were intentionally used in the unfolding narrative of Scripture. While the narrative of the Bible is a unity, the books can be grouped by genre: wisdom literature (Job, Ecclesiastes, and the Epistle of James), poetry (the Psalms and the Song of Songs), prophetic literature (major and minor prophets of the Hebrew Scriptures, and the Apocalypse of John or Revelation), the epistles (much of the New Testament Scriptures), and so on.

There are also biblical sub-genres: Christ's parables within the Gospels, the epistle-like introduction in the Book of Revelation, to name two. One of the best examples is the Psalms. The Psalms can be classified by sub-genre: individual or community laments, wisdom psalms, hymns, or messianic psalms. Some biblical texts fall into multiple genres. Some argue that the Gospel of Luke can also be considered wisdom literature, addressed as it is to Theophilus ("lover of wisdom"), or that the Song of Songs is both poetry and romance literature. Scripture itself is an example of genre and sub-genre.

"To genre," is my answer. Genre art can deal with the same issues and themes that "pure art" can with passion and creativity. Just as there can be pedestrian genre, there's bad "pure art," as well. Genre should be regarded as a way of expressing the hopes, surfacing the fears, and addressing the ultimate questions of humankind. Genres shouldn't need to be transcended. 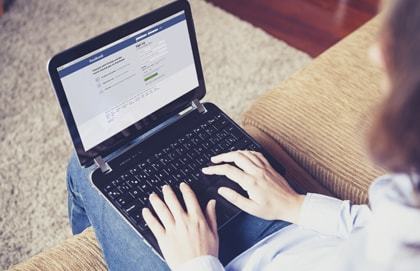