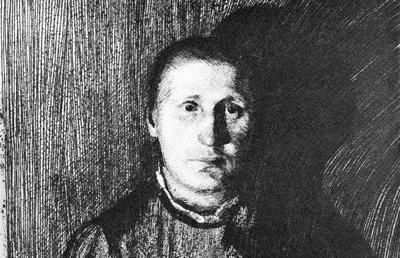 In the Bodies and Labours of Women

Maternal testimony should not be treated as auxiliary to the real work of modern medicine, but instead should be esteemed and sought after as a foundational building block for the delivery of health care.
by Bryan Kibbe 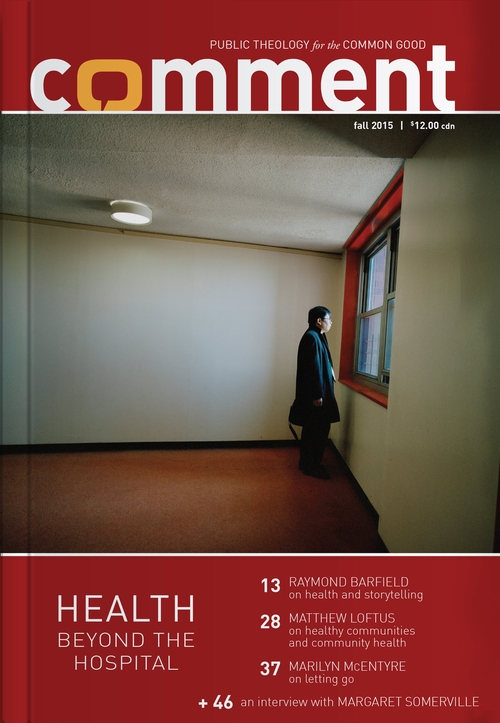 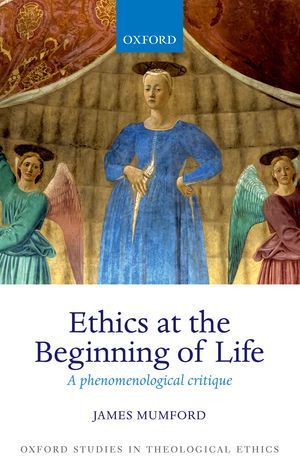 
Before human beings stride the face of the earth, wage war, mend the sick, or do philosophy, they are slowly nurtured into existence by the efforts of pregnant and labouring women. While many of us celebrate our coming to be in this world each year, it is more often death, not birth, that occupies the polestar by which we orient our lives. Whether by trying to ignore, overcome, or postpone death, one way or another we are controlled by the fact of our eventual death. And yet, if there is a profound truth lurking in the wisdom that our ends are in our beginnings, then without denying the fact of death, we might resolve to better attend to our beginnings in the bodies and labours of women.

In his recent scholarly book, Ethics at the Beginning of Life, James Mumford does just this by endeavoring to better describe the act of human emergence in and through the bodies and labours of women. In addition to describing how humans first appear in the world, Mumford goes on to consider some of the ethical implications of his description of human emergence. In this essay, I extend aspects of Mumford's analysis to make the point that mothers' first person narratives and descriptions of the gestation and birth of a human enable society to provide more fitting, sensitive, responsive, and respectful health care to mothers, unborn children, and newborns and therefore should be an integral component of the modern health care system. Suppose, then, that we adopt Plato and Aristotle's advice that serious reflection on human existence (a.k.a. philosophy) should begin in a state of wonder. We should therefore resolve to approach the phenomenon of human emergence, a process at once profound and striking and yet difficult to adequately and accurately describe, with a sense of astonishment.

Health care for pregnant women should be profoundly informed and shaped by maternal testimony.

Fortunately, we are not without resources in trying to better describe and understand how humans begin in this world. Of course, there is an extensive scientific literature that attempts to describe in depersonalized terms the physiology and mechanics of early human development. But, importantly, there is also a growing body of work that expresses and emphasizes the first-person perspective of human emergence, that is, how a human being first begins to appear and exist from the perspective of other human beings. In particular, mothers are authoring vital and candid accounts of their experience of pregnancy, labour, and birth, along with poignant reflections on and analysis of this process of gestating and then giving birth to a human being that will grow up to take up the endeavours that make us human (see, for example, Ina May's Guide to Childbirth by Ina May Gaskin).

Mumford's book, utilizing the philosophical method and tradition of phenomenology, makes a useful contribution to this latter body of work. For those looking to better understand what phenomenology is, Mumford does a good job early on of explaining its techniques and history from the early twentieth century onward. It will suffice here to define phenomenology as a method that rigorously describes phenomena in the world (e.g. death, the human body, birth) as they appear to human persons in the midst of everyday life.

In the first half of the book, Mumford assembles diverse voices to provide maternal testimony about the nature of pregnancy and childbirth. In his composite description of early human development, Mumford endeavours to avoid the trap, on the one hand, of treating the mother as simply a vessel for the developing fetus and, on the other, of regarding the fetus as simply an extension of the mother. Instead, Mumford emphasizes that the mother-child relationship during pregnancy is an extraordinary encounter in which the child is first hidden and is only gradually revealed over time. During this time, the mother has a privileged perspective onto the emerging human being that is paradoxically experienced as both incredibly close and far away.

It is worth noting that Mumford is a man who is describing the phenomenon of human gestation (and ironically, I am a man reviewing another man's writing about human gestation). There are obvious perils and limitations for men in this endeavour. As Mumford observes elsewhere in the book, male philosophers and thinkers have too often assumed a picture of authentic humanity as that of autonomous adults, and therefore have denigrated and/or denied the fact and significance of human gestation and childhood. (Thomas Hobbes famously asks readers of On the Citizen to imagine men as though sprung up from the ground fully formed as if they were mushrooms.) Fortunately, Mumford draws extensively on the descriptions of human gestation that women and mothers have provided. This is important because mothers have a privileged perspective on human pregnancy and birth, and therefore are able to provide not only more accurate and precise descriptions but also some of the richest, most interesting, and compelling accounts of pregnancy and birth.

In an effort to achieve an accurate description of human emergence, Mumford spends a considerable portion of the first half of the book explaining and analyzing two specific frameworks of human encounter (Martin Buber's dialogic I-Thou framework and the liberal contract model) that obscure and distort descriptions of how humans come to be in this world. While this material is useful, Mumford spends too much time in the details of intellectual history. The book would have benefited from more space dedicated to describing the phenomenon of early human development. For example, by more clearly distinguishing and amplifying the descriptions of pregnancy and birth, Mumford could have meaningfully increased the richness and complexity of the description of how humans come to be by considering how we make our initial appearance in the womb and then still more dramatic appearance amid the blood, water, wailing, and smiles of birth.

But amid all this talk of better description, it is important to ask, why should we care about the kind of descriptive project Mumford is engaged in? Mumford's own response is that better descriptions of early human development can sharpen and clarify our ethical reasoning. Thus in the second half of Ethics at the Beginning of Life Mumford utilizes his description of early human development to measure and evaluate various ethical maneuvers that assume an underlying conception of human development. For example, Mumford discusses how several specific accounts about who or what should fall within the sphere of moral concern miss important aspects of the way in which human beings first appear in the world. Elsewhere, Mumford contrasts his own description of human emergence with Judith Jarvis Thompson's implicit description of pregnancy as a form of attack in her famous argument for the ethical permissibility of abortion.

Mumford's general move — arguing that better descriptions of how human beings appear can inform and shape our ethical reasoning — is excellent. However, his specific analyses of accounts of moral recognition and Thompson's argument for abortion, while insightful, are underdeveloped and need further justification. Moreover, by focusing on how a more accurate description of human emergence might inform the ethical analysis of abortion, he misses the opportunity to address other important and less discussed ways in which better descriptions of human emergence can and should influence ethics at the beginning of life, such as the delivery of health care (beyond merely abortions) to women and their children. For example, do current medical processes and frameworks overlook important features of how the mother experiences the gestation of a human being, and thereby cause harm and/or insult to the mother? Do current medical technologies lead healthcare professionals to discount the first-person testimony and knowledge of the mother about her unborn child, and thereby disrespect mothers? Are health-care systems and providers organized and incentivized to incorporate maternal testimony about human emergence into the design and development of comprehensive medical care for pregnant women?

Better descriptions of human emergence can and should serve as a means to provide more fitting, sensitive, responsive, and respectful health care to mothers, unborn children, and newborns. As Mumford rightly points out at several points in the book, while pregnancy is sometimes experienced as an attack or illness, it is not always or persistently experienced as such. Yet modern medicine, with its carefully honed knowledge bases and instruments for the treatment and alleviation of illness and injury, too often assumes an analog between pregnancy and disease management. Indebted as it is to maternal testimony, Mumford's description of pregnancy therefore helps us to understand the singular human experience of pregnancy and childbirth. So we should be especially attentive to mothers in particular, who have a vital and privileged perspective onto this singular human experience and accordingly have something to teach us (society) about how they (mothers, unborn children, and newborns) should be cared for amid pregnancy, labour, and the postpartum period.

We should not assume a disease-based understanding of pregnancy and proceed to build and shore up structures and procedures around such an understanding. Instead, the organization and delivery of modern delivery of health care for pregnant women should be profoundly informed and shaped by maternal testimony about the experience of gestating and birthing a human being. Maternal testimony should not be treated as auxiliary to the real work of modern medicine, but instead should be esteemed and sought after as a foundational building block for the delivery of health care that is sensitive and responsive to the actual phenomenon of human emergence by way of pregnant and labouring mothers. Therein is a crucial insight. 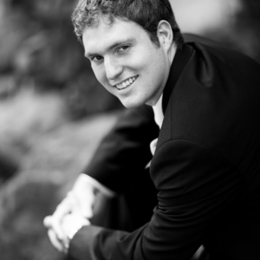 Bryan Kibbe earned his PhD in Philosophy from Loyola University Chicago. He is currently completing a 2-year fellowship in bioethics at the Cleveland Clinic where he is engaged in teaching, research, and clinical ethics consultation. His research interests include ethics and applied ethics, as well as the philosophy of technology and situated cognition. When he is not reading philosophy articles and books, Bryan is an unrelenting movie lover who is currently smitten with the work of Terrence Malick. 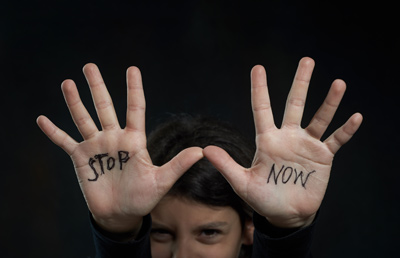 What justice advocates can learn from their critics 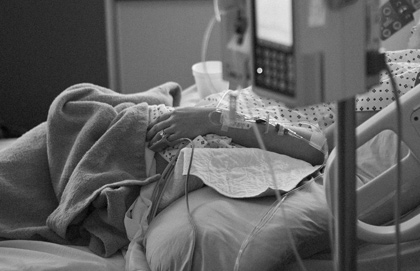 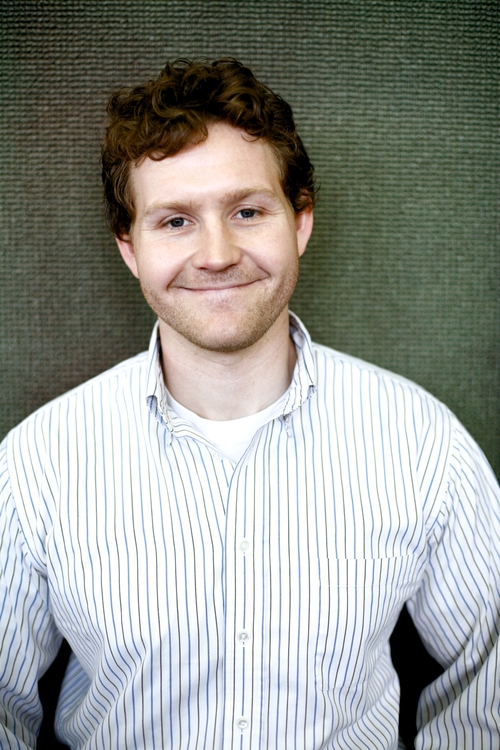 All Things Come from Thee: Persons, Property, and the Gifts of Creation (part 2/2)