Letter from the publisher. 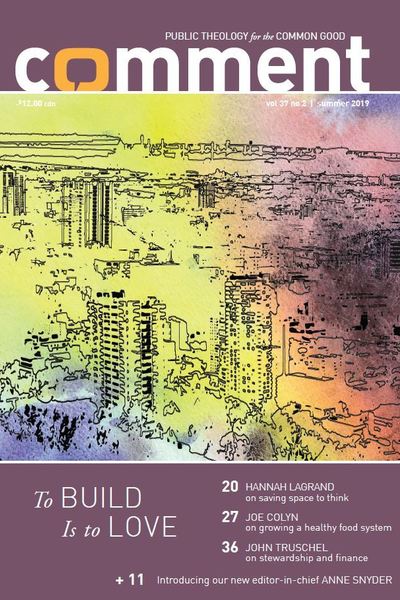 I am delighted to announce Anne Snyder as the next editor in chief of Comment magazine.

Anne brings to Comment an impressive résumé of writing and convening, and we are looking forward to her leadership in both deepening Comment’s intellectual foundation and broadening Comment’s institutional reach. Anne has served as one of Comment’s inaugural contributing editors, and now makes the jump to leading our Comment editorial team.

Anne has distinguished herself in roles that include serving as director of the Character Initiative at the Philanthropy Roundtable, where she just published The Fabric of Character; working as a senior editor and producer at the H.E. Butt Family Foundation, assisting Laity Lodge through major transition; and working as an editor and research assistant at the New York Times. Anne has also served as the research and program manager at one of Cardus’s cousin organizations, the Ethics and Public Policy Center, from 2007 to 2009.

Anne has a master’s of professional studies in journalism (Georgetown University) and a bachelor of arts (Hons.) in philosophy and international relations (Wheaton). Anne lives with her husband in Washington, DC.

The process of selecting an editor for a journal like Comment is more than a personnel matter. It requires reflection on our mission. It is an opportunity to review our model and measure it against standards of stewardship and effectiveness. It prompts us to imagine what will be required to faithfully live that mission into the foreseeable future.

In 2012, I challenged James K.A. Smith to take on the Comment editorship, and to think of the magazine as a journal in conversation with its publisher, Cardus. As a Christian think tank seeking to understand and apply two thousand years of Christian social thought to our cultural moment, we wanted to listen to Jamie’s voice as well as those he could recruit into conversation to sharpen our own thinking. “Don’t worry about readership metrics and reach,” were the marching orders. “Simply use the magazine as a vehicle for this conversation, and we’ll let others eavesdrop on our conversation.”

In the process of searching for Jamie’s successor, I spoke to dozens of thought leaders throughout North America. They have highlighted for me the important place that Comment now occupies as a resource for a cadre of Christian thought leaders well beyond our think tank. I was challenged to think bigger about what might be accomplished in the future, with lots of suggestions that are both visionary and practical.

Anne’s appointment is an embrace of the opportunities ahead. It is too early to decide exactly how our future path might be similar to and different from the one we’ve journeyed thus far. What we do know is that we have key people in place with imagination and vision, and we are excited by the opportunities ahead for us to explore.

One of the first articles Anne wrote for Comment was about the privilege and responsibility that comes with being a Christian in a divided age, and how our conversations should embody a substantive vision of civility and concern for the truth. She writes,

It’s a truth embodied in a person, Jesus Christ, who came at a particular time and to a particular place for the sake of redeeming a world he loved to his father, who created that world in love. When we submit to this truth and its bearer, we carry within us both the call and the power to sprinkle manifestations of both wherever we go, in content and in spirit, even as our eyes are opened to learn from a world that, fallen and ever-changing as it is, can still deepen our storehouses of understanding for the pleasure of its author, who loves to see us learn and rejoice en route.

This is the bedrock of our persuasion business. For Christians engaged in political arguments, it is this law that must govern our modus operandi, whether in the commentariat, on the Congressional floor, on the stump, or in mano a mano negotiations. Our abiding interest must be in the good of individuals created in the same image that we were, in improving the systems in which they live, in granting the tools for their navigation.

On behalf of the entire Cardus team and our president, Michael VanPelt, I invite Comment readers to join me in congratulating Anne on her appointment, and to join us as we work to embody that vision. We look forward to being blessed together as she labours in providing public theology for the common good. 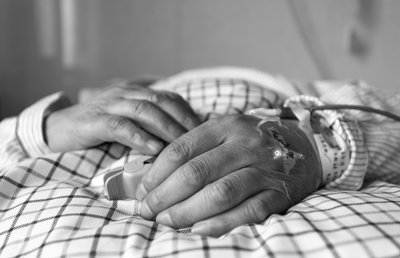 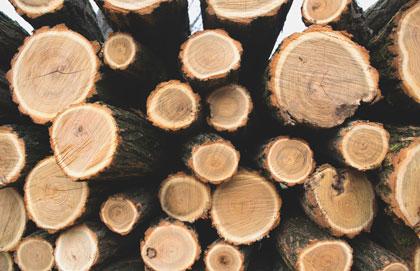