Is That Disagreement Religious—or Political?

Regardless of their personal political convictions, evangelical Christian faculty become seen as proxies for political conservatism in general.

In the political conflicts between right and left, evangelical Christian faculty are often in danger of being squeezed in the middle. Not only are they frequently out of step with the academic political mainstream, but the strong connection between evangelicalism and conservative politics outside the academy can make them seem like a "fifth column" to their more liberal colleagues.

Many have long assumed that secular universities are hostile to evangelical belief. Timothy Larsen, professor at Wheaton, recently contributed to the long conversation about the relationship between Christianity and the secular academy. His essay, "No Christianity Please, We're Academics," published July 30 by Insider Higher Ed (a website devoted to news and opinion about higher education) highlighted several instances of discrimination against Christians. These will seem commonplace to anyone who has been around the academy for any length of time—a student given a poor grade for citing the "pastor" C. S. Lewis in an English paper, strong reaction from reviewers to Larsen's own proposed critical edition of T. S. Eliot's The Idea of a Christian Society. But there is more evidence than just personal anecdotes that something is not right in the relationship between the academy and Christians—especially evangelicals.

Why so much hostility? Religious differences surely explain part of it; the "New Atheists" are squarely focused on religious belief as their object of scorn, and their voice seems to be growing on campus. Most academics, however, aren't part of this movement and even view the fervor of the New Atheists as inappropriate. Indeed, most faculty believe in some sort of divine or supernatural aspect to life, as sociologists Neil Gross and Solon Simmons reported in their 2007 paper "How Religious Are America's Professors?"

At the same time, Gross and Simmons found that "born-again Christians" are a small minority within academia, making up less than 20% of all professors and only 1% of faculty at elite universities. The reasons for the low numbers of evangelical faculty are complex—many books have been devoted to the topic. For now, it's sufficient to note that faculty at the most influential universities have a relative handful of evangelical peers whom they would know and respect personally.

Disagreements over religion itself, though, can only explain part of the attitudes toward evangelicals. Instead, another factor, often overlooked, may be exacerbating the division. How much of the conflict is caused by political differences?

The academy has a reputation for left-of-center political leanings. Though sometimes overstated, research bears out this trend. Moderate to extreme liberalism is the dominant political viewpoint among faculty—except, that is, among evangelical faculty. In another 2007 working paper, "The Social and Political Views of American Professors," Gross and Simmons found that 62% of university faculty described themselves as slightly to extremely liberal, a number almost triple that of the general U.S. population. In terms of political affiliation, 41% of faculty were registered Democrats, versus only about 14% who were registered Republicans.

Evangelical faculty, however, are a different story. While my personal experience is that evangelical faculty tend to be less conservative politically than non-academic evangelicals, evangelical Christians stand out sharply from their faculty colleagues. Again I turn to the so helpful work of Gross and Simmons: 58% of faculty calling themselves "born again" were registered Republicans. The Institute for Jewish and Community Research found that evangelical Christians were the only religious group on campus that mostly voted for George W. Bush in 2004, and they did so by a 2-to-1 margin. Indeed, one of the reasons for the high animosity against evangelicals discovered by the Institute might have been the timing of their survey, taken in the aftermath of the contentious Bush-Kerry election. One wonders whether the situation has gotten better or worse in the years since.

Inside the academy, it is often said, political debates take place between the moderate left and the far left. Outside the university, it's a very different story. Just about every area of society features vigourous conflict between conservative, moderate, and liberal camps, all of whom believe that they can win the battle for their side, with evangelical Christians often identified with the conservative movements. These active conflicts in culture and politics contribute to the divide between evangelical Christians and liberal academics.

How can faculty and evangelical Christians navigate these treacherous waters? And treacherous they can be: in an environment as competitive and saturated as academia, it doesn't take much of a slip—real or perceived—to lose an interview, have your tenure bid rejected, or be passed over for an important position. Untenured faculty have little room for error when taking controversial positions, even (especially?) when those positions would hardly be controversial outside the academy.

I'm purposely avoiding the question of which political views Christians ought to hold. I know sincere, faithful Christians at every point of the political spectrum. Further, while I have quite strong and specific political beliefs, my much larger concern is for the witness of Christ within the academy. I hope to encourage Christian academics who feel besieged in their professional lives, while challenging academics of other beliefs to look beyond politics to consider the good news of Jesus.

I wish that I had a brilliant, all-encompassing, easy-to-implement solution to this problem. I don't. Instead, let me offer a few small, more-or-less-easy-to-implement ideas, whether or not you're in the academy or not, to help the situation of evangelical faculty.

Finally, pray for the Christian faculty you know, who so often feel trapped between allegiance to the university and the church. While many Christian faculty flourish in both realms, others find themselves entangled in situations that seem impossible to resolve, created by factors far beyond their control. 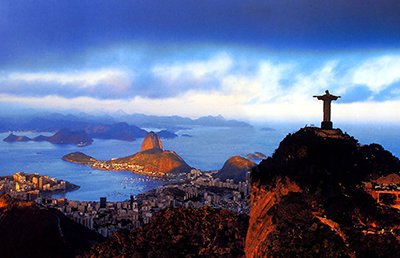 Beyond "Creation" and Natural Law: An Evangelical Public Theology

What Oliver O'Donovan can teach Kuyperians

Editorial: The Word of God and the City of Man

The Bible has done its proper work when it produces a certain kind of person.