Both Israelis and Palestinians have suffered great wrongs, and it is only by dealing with the gritty issues of justice that a solution will be found.

I'm an Arkansan by birth, and though my children call northern Virginia home, they are attached to their Arkansas roots (my 17-year-old refers to it as "the Motherland"). Our recent Christmas trip to see grandparents coincided with the release of Joel and Ethan Coen's latest film, a remake of True Grit, and I took the occasion to read to my children the opening chapters of the under-appreciated Charles Portis novel on which the movie is based. I chose to begin reading as we entered Yell County, the home of the fictional Mattie Ross, heroine of Portis's story—and in my mind, one of the great young female characters in twentieth-century American literature, deserving of a place next to Harper Lee's Scout Finch. As we passed through Dardanelle—about thirty miles from my in-laws' home—and Portis's comic dialogue and straightforward prose began to pour forth, I was certain I'd have them hooked. Above all, it's a gripping story. And hook them I did, at least my older two.

On New Year's Eve, my wife and I went to see how well the Coens did in adapting Portis's book to the screen. John Wayne won an Oscar for his portrayal of U.S. Marshal Rooster Cogburn in the original 1969 version. The Duke did indeed give a fine performance (and again in the 1975 sequel co-starring Katherine Hepburn), but the original movie fell far short of capturing the essence of Portis's book. Not so this time around. The Coen brothers remained incredibly faithful to the story and even managed to successfully pull off the nearly-verbatim transfer of the snappy, darkly comic (though often stilted) dialogue to the characters in the movie.

The success was, of course, in large measure due to fine performances by Jeff Bridges, Hailee Steinfeld, and Matt Damon. So by taking a book I love and creating a movie I also loved, this one is a success. But I'm now toying with exactly why I love this book.

True Grit is about the unflagging pursuit of justice in a world scarcely familiar with the concept. The novel takes place in the period after the Civil War when Ft. Smith sat on the edge of the frontier and Indian Territory was a largely ungoverned space in which all manner of dastardly men could escape to avoid the consequence of their crimes. Young Mattie Ross is a brave and practical fourteen year old, deeply schooled in biblical concepts of right and wrong. When her father is murdered in the streets of Ft. Smith by Tom Chaney, a man in his employ, Mattie determines to see the killer brought to account. Her quest is one of dogged determination to bring justice and order to a messy and complicated world, and in this she has considerable success.

But it is also a story of her desire for vengeance, and to accomplish this she joins forces with the unscrupulous Marshal Cogburn, a man not known for his upright character nor for his attention to either the letter or the spirit of the law. In fact, she chooses him precisely for these qualities and because she assesses he is a man in possession of "true grit." Mattie and Cogburn are also brought into league with a Texas Ranger named La Boeuf who has long followed Chaney's trail, hoping to collect a significant financial reward.

We might rightly wonder whether her determined pursuit of justice is adulterated or undermined by her willingness to employ any means necessary and to make common cause with those whose own motivations are less than pure. And yet, by her unflagging commitment and her own "true grit," young Mattie, in the end, has a measurable effect on the character of these two men, reminding us that the pursuit of justice has its own larger reward. Even though we live in a fallen world where proximate justice is the best we can achieve, and though our motivations are never entirely free from self-interest, to work for justice is to tame the unruliness of the garden after the fall.

Ultimately, "frontier justice" is served. While we have no sympathy for the villainous Tom Chaney, the most satisfying scene in the movie is not about him. It is, rather, a scene of grace and love, in which Marshal Cogburn heroically and self-sacrificially goes to enormous lengths to deliver Mattie to the care of a physician many miles away after she is bitten by a venomous rattle snake.

And all this strangely brings me back to my own world and the work I am a part of in educating American Christians about the modern Holy Land in a way that helps them engage in peacemaking. The long-simmering conflict there is replete with issues of justice, but is also fueled by a desire for vengeance. Both Israelis and Palestinians have suffered great wrongs, and it is only by dealing with the gritty issues of justice that a solution will be found.

But we must remember that what one side might consider a just resolution would be a complete injustice to the other—and vice versa—which brings us back to the notion of proximate justice. Committing ourselves to the principled pursuit of justice can reshape the environment in which the conflict takes place in a way that is conducive to reaching an understanding.

The good news is that there are many men and women, Israeli and Palestinian alike, who possess the "true grit" necessary to tenaciously seek justice for all. I think of a proud Israeli Zionist friend whose own children have lost classmates to suicide bombing attacks but who has nonetheless devoted his life to a Jerusalem that respects the claims made upon it by Jews, Christians, and Muslims alike. I think of the good folks of Other Voice, founded by Israelis who live on the border with Gaza and who have endured a constant barrage of rocket fire on their communities from Palestinian militants, but who have committed themselves to a more just world that provides peace and security for people on both sides of the border. And I am reminded of the work of Holy Land Trust, which has drawn on the message of Jesus and the work of Martin Luther King to fashion a principled commitment to nonviolence in the Palestinian context. Their work, and that of so many others, fuels hope that this conflict will one day end.

But perhaps the real breakthrough will be those acts of grace, love, forgiveness, and self-sacrifice that finally move the story beyond stalemate and a cycle of retributive acts to one of healing and reconciliation. And here I think of Musahala, a reconciliation ministry that takes Israelis and Palestinians on desert encounters to break down barriers and build relationships based on trust and mutual respect. I think of those Israelis and Palestinians who have lost those closest to them to the violence and have joined together in mutual recognition of each other's humanity to offer forgiveness and to call for an end to the bloodshed.

And I recall my friend Daoud, a Palestinian Christian who lives in a vulnerable state on his family's farm just outside Bethlehem. Surrounded by Israeli settlers who desire his land and press for his removal, he organizes gatherings for peace and has erected a sign at the entrance to his farm which proclaims to all, in words etched in stone, "We refuse to be enemies." On this lonely hilltop, he makes incarnate the Gospel of the one who was born so very nearby two thousand years ago. And in this there is hope. 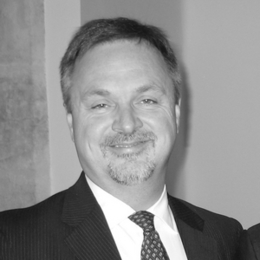 Todd Deatherage is co-founder of The Telos Group, a nonprofit dedicated to educating American Christians about the Israeli-Palestinian conflict in a way that helps them be a common friend to both. A native of Arkansas, he has spent the past 14 years in Washington, DC, having previously served as chief of staff to a U.S. Senator and in the Office of Policy Planning at the U.S. Department of State. He and his family live in Fairfax County, Virginia and worship at The Falls Church.