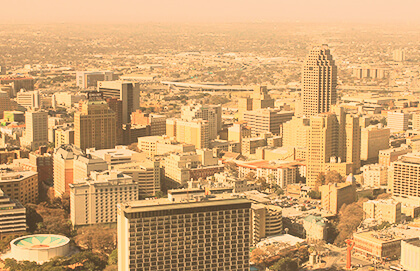 Learning How to Pay Attention

A journalist considers what it means to listen, and how to reimagine his profession.

A couple months ago, some colleagues and I had dinner with four sets of parents we had never met before. One was an unmarried African American couple raising a boy and a girl. Another was a married mixed-race couple with an eleven-year-old boy. Then there were two single moms, both Latina. These were people we’d never meet through the normal course of our daily lives—each of them lives in or near a public housing complex in San Antonio called Cassiano Homes, which is in one of the poorest zip codes in town. Think aging government housing and dilapidated single-family homes; big, fading murals on the side of old buildings; a historic Catholic church here, a Pentecostal storefront church there. Plenty of tiny taquerias.

There is a lot of cultural beauty and certainly a lot of human dignity in neighbourhoods like this, but in the parlance of sociology, they are often called “distressed communities.” And indeed, there is distress here. Kids born in these communities are less likely to graduate from high school or attend college; they are more likely to become parents in their teenage years. I could list a host of other predicted outcomes, the most salient of which may be that they can expect to live twenty years fewer than kids born in more affluent parts of town, according to a recent study conducted by our county.

San Antonio’s poverty is notorious. Nationally, 12.7 percent of Americans live in poverty, but in San Antonio the number is 18.5 percent. And of course, the geography of poverty is more local than citywide—it’s not pervasive so much as it is concentrated within certain parts of town. In my suburban neighbourhood, only around 3 percent of the residents live in poverty. As for the neighbourhood around Cassiano Homes? Over 40 percent. That’s how you get to a citywide 18.5 percent poverty level—by having a lot of entrenched, generational, zip-code-based poverty.

Last year, my colleagues and I created a non-profit newsroom whose sole editorial focus was inequity in San Antonio—the gaps in opportunity, health, education, and so on from one zip code to another. Every week, we published stories about the gaps in transportation, or schools, and even faith communities. We did a lot of fact-finding and pushed out a lot of statistics and shared a lot of accounts of the challenges people face and emergent solutions that attend to the crisis of inequity.

We ceased newsroom operations a few months ago, and we’re now mixing things up a bit for a different approach to this work. Our intent is to have a tighter focus, not just on the issues, but on people’s lives—the human stakes of the inequity drama as it plays out in people’s day-to-day existence.

I did this work mostly with career journalists. My main colleague is a woman with nearly two decades of experience in network television news. I have over a decade of experience writing and editing multi-faith religion news and commentary for a range of regional and national publications. I mention these backgrounds only in order to say: While we know how to make media, we are finding that very little in our professional experience actually prepared us for the task of really listening to and striving to understand people’s stories.

There is something inherently transactional about the act of journalism. In order to do your job, you have to get something from people—you have to get their story. They give you a story; you give them exposure, public attention. That’s kind of the deal, and it’s not necessarily something to be cynical about. Good journalists treat this transaction with care, honouring the source and the facts, and doing their best to present things authentically.

But when you’re listening to someone tell their story in order to turn that story into, well, a story for publication or production, it changes how you listen. You’re receiving what they give you as the raw material for something you’re creating for your audience. You’re thinking about how to make their story your story that you’ll sell. That changes the way you hear them. It changes the kind of attention you pay them, because your attention is partial: it’s on them, but it’s also on your story goals, your next steps. I confess with shame that I’ve been in interviews where I’ve jotted down a headline idea next to my notes. These days especially, you’re always, always asking yourself: “What will make people click? What will pierce the glut?”

When my colleagues and I planned that dinner with those four sets of parents from Cassiano Homes, we did something none of us had ever done before. We left our cameras and our audio recorders at the office. We didn’t capture anything, in fact, other than jotting a few notes down. We did this because we wanted to try to create a fairly intimate context—we wanted to put them at ease.

I hoped not having recorders would change the dynamic in the room. I hoped it would make these people more open, more willing to talk about their lives. And so it did. Just a few bites into our carnitas, the conversation was free-flowing. The parents talked about how local government helps them—mostly it doesn’t. They talked about how local churches pitch in—mostly they don’t either, not in any sustained way. They weren’t grumbling though—they gave negatives only in response to questions I asked, but mostly they were interested in talking about how their community functions and sticks together in spite of the challenges. Of course, some of those challenges seem insurmountable, and they talked about that too.

But it did more than improve the quality of conversation. It improved the quality of our hearing. The most important lesson I learned that night was not about how not having recorders changed the dynamic in the room; I learned that it changed the dynamic inside of me. Because I wasn’t thinking ahead to the story, those parents had my full attention. I was honed in. And I realized: This is different from how I usually pay attention in these conversations.

Afterward, one of the parents came up to me and reached out his hand. “Thank you,” he said. “For what?” I asked. He said, “No one ever asks for my story.”

My colleagues and I do have media to make. And that means we need to let some recorders run, and to have some cameras float around. But we’re rethinking how to do that. We’re rethinking our process. How do we make this other, more attentive approach a fixed part of our process from now on—just showing up to listen, to pay close attention, to sit with the stories for a while without immediately deciding how to present them to an audience? For now, we’re planning more recorder-free dinners. We’ll circle back to people whose stories need to be shared, but only after we’ve fully listened to their stories without a thought of how to make it our own. 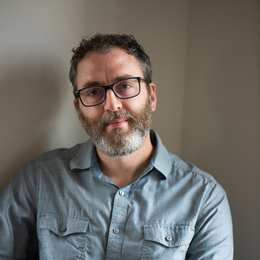 Patton Dodd is the executive director of storytelling and communication at the H.E. Butt Foundation. 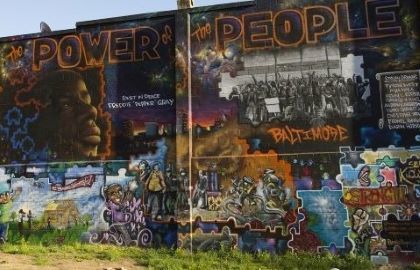 When the City of Man Is Redlined

How best to stitch the wounds of segregation? 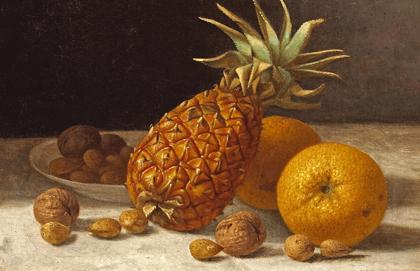 How to open our minds, hearts, and homes to our neighbours.

The wondrous window of a newspaper letters section