A colleague recently pointed out that I am probably the only person who has ever turned down an offer of acceptance into Wharton's M.B.A. program in order to attend Ringling Bros. and Barnum & Bailey's Clown College. I had never thought of that before, but I am pretty sure he is right. What most people would never guess is that the lessons I learned in Clown College go far beyond the ring—they have applications in both business and faith.

After I finished my undergraduate in economics, General Electric hired me into their Financial Management Program. At the completion of this two-year program, I could have stayed with GE, but I wanted to do something else.

I applied to the Wharton School at the University of Pennsylvania, generally recognized as one of the top-tier business schools in the United States, but I decided also to apply to Clown College. During college, I had checked a book out of the library and taught myself to juggle. Most American schools require students to take physical education "activity" credits, and the college agreed to hire me to teach juggling classes. Fellow students got their activity credits, and I got paid. It was great. I also taught myself to walk on stilts. Even today, in my office I have a picture of myself walking stilts during half-time of a college football game.

My job with GE was in Schenectady, New York, 150 miles north of New York City. That spring, Ringling Bros. and Barnum & Bailey Circus was holding auditions for Clown College in Madison Square Garden. I headed to New York City carrying juggling equipment in one hand and with a pair of homemade stilts tucked under my other arm.

Clown College was in the fall and lasted ten weeks. At the end of Clown College, I was not offered a contract with Ringling Bros. and Barnum & Bailey Circus. I asked Wharton if they would allow me to begin classes that January, and they agreed. I graduated from Wharton—on time—with an M.B.A., specializing in finance and accounting.

I worked in business for about twenty years, finally achieving a position of chief financial officer. Ten years ago I switched from being a practitioner to academia, and I now teach accounting at Greenville College, a Christian, predominately liberal arts school in southern Illinois.

I still keep in touch with some of my classmates. Several of them continue to work as full-time performers, although not necessarily with circuses. I also attend Clown College reunions. The most recent reunion was in 2008, at Circus World in Baraboo, Wisconsin. My wife (a librarian!) goes with me, and when people ask her what clown reunions are like, she usually replies, cryptically and non-committally, "It's a very unusual group of people."

What did I learn at Clown College? We had all of the traditional classes one would expect: make-up, costuming, juggling, stilt-walking, unicycling, mime, magic, skit-writing, and skit-production. We also had a few classes one might not think of, such as pie throwing, making customized red noses, and elephant riding. Occasionally I still put on a small, local show.

More importantly, I have found that my experiences from Clown College illustrate spiritual truths and business lessons in three areas: supply and demand, contingency, and efficiency.

In addition to clowns, many circuses have "show girls." Clowns work much harder during a show than show girls. (At least that is the strongly held belief of the clowns!) The Clown College Dean explained this apparent anomaly to us one day. With clowns, the supply far exceeds the demand. Ringling Bros. and Barnum & Bailey is the pinnacle. There were sixty of us in Clown College and the Circus would hire only thirty of us. Large supply and low demand leads to low wages. (Yes, clown wages are low.)

Most show girls, on the other hand, have no burning desire to travel with a circus. A young woman who aspires to be a showgirl has her eyes set on either Broadway or Las Vegas. To entice these people to travel with the circus, the circus must offer them more money. Limited supply and high demand leads to higher wages. This is basic economics.

The lessons here are not only in economics: The Bible teaches that the harvest is great, and so the demand for labourers is great, but the supply of labourers is small (Luke 10:2). Christ promises to supply our material needs (Matthew 6:33), but our true reward is much greater. Near the end of his life Paul wrote, "I have fought the good fight, I have finished the race, I have kept the faith. Now there is in store for me the crown of righteousness, which the Lord, the righteous Judge, will award to me on that day" (2 Timothy 4:7-8a).Eternity with God is the reward for which we labour.

Another lesson: Circus pants are a great illustration of contingency plans. Clearly, a clown does not want to be performing in centre ring and lose his or her pants. At Clown College, we were taught to make our clown pants with both zippers and snaps, just in case either failed. Suspenders are for looks, but also serve as important back-up. In case everything else fails, clowns wear regular shorts or "cut-offs" under their clown pants. You don't want to be caught in centre ring wearing cut-offs. But better that than be in centre ring in your underwear.

Contingency planning matters in our spiritual lives, too. One of my colleagues attended meetings and taught in an underground church in a country hostile to Christianity. He said the existence of escape routes was an important consideration when selecting locations for meetings. Jesus said he was sending out his disciples as sheep among wolves. He told them to be "shrewd as snakes and innocent as doves" (Matthew 10:16). Developing contingency plans is part of having the shrewdness of snakes.

Ringling Bros. and Barnum & Bailey cares deeply about something as seemingly mundane as efficiency. During the early twentieth century, the Circus had hundreds of performers and labourers. Trains were the only effective means of moving the people, animals, tents, rigging, and everything else required to stage a show. The Circus now performs in indoor arenas, not under canvas. But it still finds trains are the most efficient mode of transportation for its operations.

Business is obviously concerned with efficiency and effectiveness. Lean manufacturing has been the mantra of operations management for years. Wal-Mart has achieved its success partially because of the efficiency of its distribution system.

Do efficiency and effectiveness have anything to do with spiritual matters? I think so. Part of our task as stewards is to use the resources we have in the most profitable way. Does every mission accomplish some good? Probably so. But that does not mean they are all equally worthy of our support. We need to consider the efficiency and effectiveness of the organizations to which we might give.

Clown College operated from 1968 to 1997. It closed because the circus now uses fewer clowns than it did previously, and there are more opportunities for learning clown skills than there were in earlier years. (The economist will see in this another manifestation of supply and demand at work!)

The business and spiritual lessons I draw from Clown College are not unique to the circus. Many other fields could be fertile grounds for explaining both Biblical and business truths. The links between the two are striking—and one needn't go to Clown College to draw more in other areas. It only requires a bit of imagination and eyes to see. 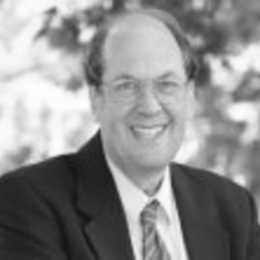 Larry Sayler has got to be the only person to have chosen admission to Ringling Bros and Barnum & Bailey's Clown College over admission to the MBA program at the Wharton School, one of the top business schools in the United States. Although he maintains a strong interest in circuses and clowns, Larry has led a remarkably sedate life. He worked in finance and accounting for General Electric, eventually serving as Chief Financial Officer for a variety of organizations. For the last 10 years he has taught at Greenville College, a Christian college in Illinois. He earned the top composite score in the world among the approximately 4000 people world-wide who took the Certified Management Accountant (CMA) test in the Winter 2009 testing cycle.

Squinting in a fog: when neither your career nor your life is clear . . . yet

Observations of a recent graduate.