It is essential that you actually believe something. I have been surprised to discover how many people getting into politics arrive there because of circumstance and adopt the views of others uncritically.

So, you've just started your new position in a political office. Congratulations! You are probably now thrashing about frantically, trying to keep your nose above water and wondering whether you've just made the biggest career mistake of your life. You wonder: Is what you are doing a calling—or just a big mistake? Your faith matters to you, but it seems to have no place in the strange, chaotic world that is now yours. Here are a few thoughts that might help you figure that out.

First, there is such a thing as truth. As followers of Jesus, we hold that truth in its purest form is reflected in his life and teachings. In politics, pragmatism and performance are the most highly-valued "virtues." If you are serious about applying your faith to your work, your views will sometimes become inconvenient—or perhaps even a threat. Because you are new to this, you will have little context beyond your own gut instincts. But given the weirdness around you, these instincts cannot always be trusted. You must find people whose political judgment and spiritual discernment you trust. (These can be hard to find; start your search now.) You must feel free to call upon them at any time, day or night. Without their practical wisdom, your career—to slightly misquote Thomas Hobbes—will be "solitary, nasty, brutish, and short."

I hope that is not the case for you, because people of faith belong in politics. This may seem obvious to you right now but there are many people—non- Christian and Christian alike—who categorically disagree. My Christian tradition emphasized personal holiness and "separation" from the "things of the world" and saw evangelism as the only work of people of faith. Thankfully, for me, my family's religious tradition also had the example of Christians who, appalled by the conditions of the rural poor in Depression-era Alberta, rolled up their sleeves and jumped into public life. They and their motives were often misunderstood, and the bitterest attacks came from those who shared their faith. That has been my experience too, but frankly, I don't much care anymore. Being a political staffer can be as much a ministry as any other calling. And it can have precious rewards. Over the years it has been my joy to work with and for people of genuine vision, godly character, humility—and good humour. They deserve people like you who they can trust and count upon.

Please do not be indignant or offended when I say that it is essential that you actually believe something. I have been surprised to discover how many people getting into politics arrive there because of circumstance and adopt the views of others uncritically. This is a recipe for disaster—not unlike those in Jesus' parable who built their house upon the sand.

Early in my career, a respected Christian politician asked me, "Where does the fire burn in your belly?" He was asking about my core motivations. Politics revolves around "big questions" of human nature, justice, and the good. My views were shaped principally by two thinkers. First, Christian philosopher Francis Schaeffer, who emphasized not only that objective truth exists in time and space, but also that it is based upon God's revelation to mankind. Being faithful in that context means that Christians are called to engage their culture, to be "salt and light," in the words of Jesus. And second, Alexander Solzhenitsyn, the Russian dissident who learned in Stalin's ghastly gulag what happens when governments claim god-like power, and who saw the depravity (and beauty) of fallen humanity and the transformative power of faith in God as the standard of objective truth.

So let me ask you: which ideas inspire and motivate you? The answers must be your own and must be big enough to sustain you. Don't be surprised if many of your friends are animated by ideas that do not fit into your political framework. Some of the most interesting people I have met in my career have political views with which I profoundly disagree. These relationships make for wonderful debates—the life-blood of politics—and are a great way to test what you believe. I am often challenged (and sometimes rebuked), for God's truth and attributes don't fit neatly into one political party's campaign platform.

Having worked in opposition and in power, here's one thing I've noticed often enough to pass onto you as counsel: in politics there is no "magic bullet" or quick passage to the inner councils of power and influence. Avoid this mentality. Political people may be many things, but they are not fools. They constantly watch you to see how committed you are to the things that they (and you) profess to believe. Like all things in life that are worthwhile, your character and commitment will be measured over time and compared against your actions. This is only right—and it is very biblical.

You may already have begun writing "talking points" for your boss. Here's one for you: in matters of faith (as in life generally), talk less and listen more. A dear friend and political mentor put it more pithily: Jesus calls his followers to be "wise as serpents and harmless as doves"—we are not called to be dangerous as snakes and stupid as pigeons. You will spend your career in politics learning what this means for you. As Jesus said, "He that has ears to hear, let him hear."

Finally, know that relationships matter. It's something people talk about often but all-too-seldom practice. By "relationships," I do not mean "associations of political convenience." I mean caring, personal, and appropriate interaction between human beings. Perhaps I am just inattentive (my wife says so), but I have been frequently amazed when people thank me for saying something kind or caring enough to give advice that changed their life—sometimes years ago. In politics, you will encounter people at their best and worst, at their highest and lowest. If you take the time to recognize and value their humanity in this environment, you will be surprised by how much people value that you took the time to notice.

I've run out of words, and you've run out of time. Please consider me one of those you call when the tumult overtakes you. I'll send my number by secure transmission. 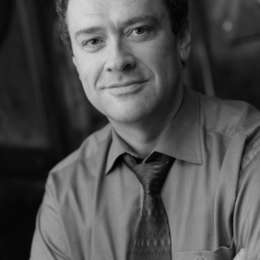 Dr. Darrel Reid, a native of Grande Prairie, Alberta, is Executive Director of the Manning Center for Building Democracy.