Some of today's most creative and powerful social justice work is being driven by the connected strength of everyday folks online.

Simon Berry reached the sad, but true realization: one could easily get a "Coca-Cola" anywhere in Africa, but not the medicine needed to address even the most basic illness. So he did what anyone would do—he created a "Facebook" group.

Berry's Facebook group petitioned executives at Coca-Cola to leverage a small part of their vast network in Africa to distribute basic medicines like rehydration salts to address widespread ailments such as diarrhea. The Facebook group quickly grew and gained momentum. Executives at Coca-Cola took notice and invited Berry to meet with their team to discuss his ideas. They are now embarking on a study to explore the feasibility of leveraging the beverage company's sprawling network to also provide much-needed medicines across the African continent.

As the feasibility study continues, the story of Berry's work and the dialogue between his Facebook community and Coca-Cola is spreading across the web, inviting everyone to participate in the effort.

Berry is just one of the many people who are leveraging digital online tools to address issues of social injustice. Whether it's a part of their existing job description or not, blogs, social networks and other social media tools provide folks the platform to research, connect, and champion any cause close to their heart.

With the thousands of charities, nonprofits, and social causes online today, choosing between beauty and justice has never been more of a non-issue than today. And as one pursues a more perfect vocational calling to align faith and work, participating in social media for social good is an opportunity open to all at any time. Frederick Buechner once wrote that vocation is where your deep gladness meets the world's great hunger. In pursuit of that satisfying alignment, social media is a powerful springboard to further discovering our roles in serving the world.

In addition to being one of the world's most popular web sites—now surpassing more than 100 million members—Facebook has become a powerful platform for grassroots advocacy. Thousands of socially-focused organizations and advocates are on Facebook, tapping into ideas, talents and the networking power of the community. And beyond making an online donation through the "Cause" application or displaying a badge on your profile, it has become an educational platform through which one can learn, and help address, more about critical issues than ever before.

"The Girl Effect," launched by the "Nike Foundation" in partnership with "Global Giving" simply helps give girls a chance to escape poverty and disenfranchisement with better access to and education and business opportunities. With girls representing nearly 70% of the world's impoverished youth, The Girl Effect is building a movement to connect people through "YouTube," Facebook, and blogs to raise awareness about how everyone can help lift a young girl out of poverty.

Another issue that is rapidly gaining momentum and critical discussion online is contemporary slavery, with some 27 million people in bondage. This fall's release of the film Call + Response isn't so much a film as it is the engine driving an online movement to eradicate slavery once and for all. The film is tapping the collective strength of artists, politicians, students, and others online to bring today's slavery out of the darkness and expose it to the world.

Perhaps no social justice cause has benefitted more from the power of social media than Kiva.org. Kiva is a microfinance organization that provides individuals the opportunity to give personal loans to entrepreneurs in developing countries. The support and promotion through blogs has been tremendous—so much so that Kiva often can't keep up with the demand.

Whether as an instrument of education, film, or as a micro-philanthropy platform, today's explosion of social media tools are empowering social justice causes to amplify awareness, educate, and rally the support of the world behind them. Indeed, some of today's most creative and powerful work is being driven by the connected strength of everyday folks online.

While working for social justice will look different for each one of us, social media provides opportunities to take that first step to strive for social justice. As each of us continues to create a role in this world that blends our great talents with the deepest needs of those around us, countless opportunities to support worthy causes are just a social network away. 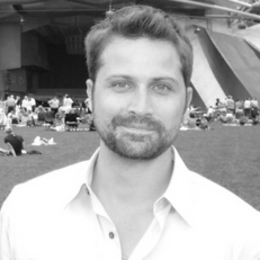 Ryan Moede lives in Washington, DC, where he works as a digital media strategist with Viget Labs to leverage social media for the common good.

Social Media and its Hidden Persuaders

Facebook and its peers don't just mediate our social lives, they help to constitute them.