The library is a home and storehouse of our God-given creativity; it is the keeper of traditions. 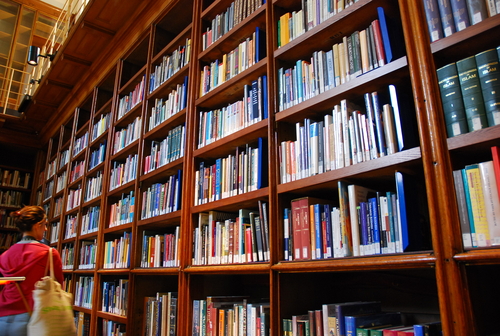 In the early chapters of Genesis we see that all is very good. An order within creation is revealed and we see that the creator's intention for humanity is to be in right relationship with him, with others, with self, and with creation. Eden was the space within which these relationships were first cultivated and celebrated. Today we still see glimpses of Eden at work, and one of those glimpses is in the institution of the library. As a promoter of relationships between God, others, self, and creation, the library reflects God's creational order in that it is an open space for the cultivating and celebrating of relationships in the midst of creation.

Public libraries may not jump to mind as institutions that promote relationships with God, but the resources that they provide allow individuals to study, learn, and explore him through his works. A library reminds us how small we are, and how vast the universe. While walking through a library, we come into contact with the creator in books on gardening, in books about astronomy, in works of poetry, in children's literature, and in graphic novels. The awe and wonder that is displayed in a library points us toward the creator and sustainer of the universe. As we learn more about God's creation we draw nearer to him, and libraries are spaces in which this process can take place.

Traditionally, libraries have been viewed as sanctuaries of learning, as quiet places for self-reflection and study. In a hectic, fast-paced world, this haven of quiet is an oasis for disciplined, calm reflection. A library puts us in touch not only with the world and with God, but also with ourselves. Its silence is a rare, precious thing amid the noise of the rest of our daily lives. In it, we learn more about the people we have been created to be.

Public space itself has become rare, and many of the spaces in which we come into contact with members of our community cannot truly be considered public because of exclusionary mechanisms. Theatres, arenas, and museums generally require an entrance fee that limits their public access. At the library, however, all are welcome to use the space and the resources free of charge. Today, most public libraries work to include those who would have traditionally been excluded by the academic nature of a library. Language classes are offered for newcomers, computer training for those unfamiliar with technology, resume writing workshops for those without employment, and story hour for the least among us—children.

Inclusion is reflected not only in programs offered by the library, but also within the library's collection. The collection of a public library is intended to provide a representation of available knowledge and to include the values and ideals of all people, making today's library a place of community. The very idea of the library promotes and depends on community. Public funding provided by the greater community brings the library into existence and allows all members of society to have access to this public good. The library survives to serve the community because of a belief in the greater good; thus, the library remains a public good with the ability to promote right relationships in a way that is increasingly countercultural.

The commission that God gives to Adam and Eve in Genesis 1:28 is to "fill the earth and subdue it." Richard Mouw argues that this does not mean merely that men and women are meant to fill the earth with offspring. Instead, he proposes that this command relates more to how we respond to creation. Filling the earth means making culture within creation, and interacting with creation in all of its forms. As created beings made in our creator's likeness, we are called to create as well as to respond to creation by shaping and forming culture. Libraries are storehouses for the records that catalogue human interaction with creation through the ages. Each of the records chronicles human attempts to respond with our creative natures, not only in the obvious fields of literature and poetry, but also in the fields of architecture, history, art, and so on. The library is a home and storehouse of our God-given creativity; it is the keeper of traditions. It is a home that not only lovingly cares for its belongings, but opens itself to share them with all.

The library provides a space that promotes and responds to creativity and curiosity more holistically. Google and Wikipedia are convenient, but the shelves of the internet don't prod our curiosity, don't invite us to sit, wait, curiously page through, and find more than we came looking for. Libraries encourage curiosity and provide contextualized information.

In a world that often seems far removed from Eden, the library is a taste of that original garden and a foretaste of the great city and its great libraries to come. The library as institution allows us to meet with God, to reflect on our humanness, to be a part of a community, and to take creative delight in the world and its maker. 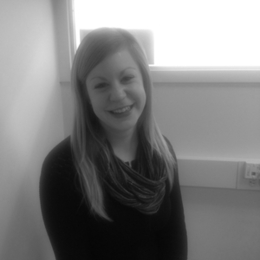 Betsy Dekens is currently completing her Masters in Library and Information Science at the University of Western Ontario where she is also a member of the Kuyper Center for Emerging Scholars. She received a B.A. in Political Studies from Dordt College.

Thirteenth in an expert series on must-read books.