Twenty-fourth in an expert series on must-read books. 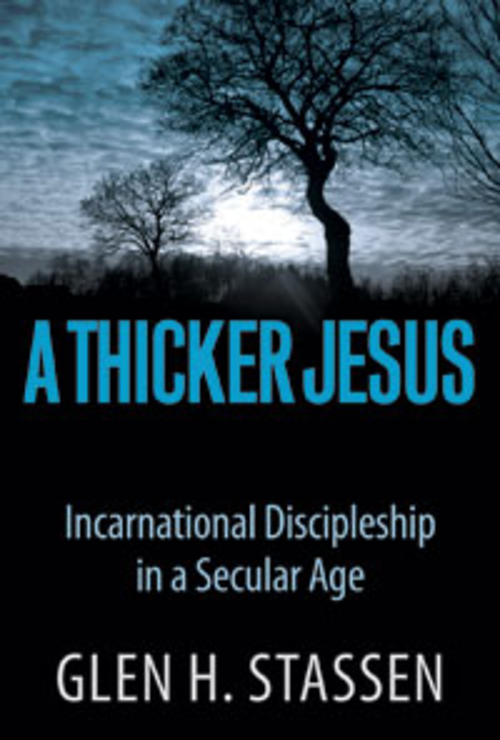 Comment readers are a delightfully diverse bunch; as those who are part of a broader conversation about serious faith and daily life, including public life, they read here, week by week, columns offering Christian insight on all manner of topics. In some ways, our project together is not unlike the famous commitment of anti-slavery activist, William Wilberforce: to work for the reformation of manners. For a faithful and distinctively Christian contribution to our habits of heart and our communal ways of life here in North America, we ponder, often, the philosophical underpinnings—the assumptions below or behind the assumptions—of our cultural practices. Wilberforce didn't mean by "manners" simple etiquette, of course, but the deepest morals and mindsets, preferences and practices. Why do we arrange our lives as we do? Why is transportation seen as it is? Housing? Film? Shopping? What spirits drive how we think about engineering, medicine, journalism? In fact, isn't the disposition of many to not think about such things itself revealing a particular philosophical notion?

Many of us learned of this deep truth—that to make helpful reformations of society we must understand the animating philosophical ideas and idols of culture—from those who, a generation or so ago, studied under a radical Dutch philosopher and law professor, Professor Herman Dooyeweerd. His primary philosophical work (known as the Cosmonomic Law Idea) was arcane and provocative, densely written in several multi-volume treatises. His work generated a dedicated following in the mid-to-late twentieth century and even those not in the tradition of Dutch neocalvinism learned of his comprehensive philosophical work. Most of us who are not serious academics do not need to struggle through his magnum opus, but we can be glad that his more popular level analysis of the ground motifs of the rise of the modern world are once more available. I have written previously about the extraordinary publishing project of the Dooyeweerd Centre at Redeemer College (Ancaster, Ontario) and of a newly revitalized Paidia Press. That they have now published in an affordable paperback Roots of Western Culture (which was initially published as newspaper columns) is a great gift as it allows for a new generation, especially of non-philosophers, to read the great thinker at his most accessible. Because these were initially serialized, Dooyeweerd would offer helpful summaries in each section, reviewing and updating insights in each new section, which is helpful to more fully appreciate this guided tour of his thought. This new edition has been somewhat edited, the translations double-checked, and it includes some new parts that were not in the "brown hardback" English edition released in 1979.

Roots shows Dooyeweerd's broad analysis of the flow of Western history, the consequences of the dualisms inherited from Greek thought, the synthesis of medieval worldviews, and the subsequent secularization as (to use the words of popularizer Francis Schaeffer) "nature eats up grace." Dooyeweerd argues that true Biblical religion dare not make peace with secular/sacred dualisms or an accommodated synthesis of humanistic and Christian views. To counter such approaches, he teaches about the creation-restoring vision of the Biblical story (creation/fall/redemption) and, in the line of Abraham Kuyper, explores notions of common grace and the Biblical antithesis, as well as providing a helpful explanation of sphere sovereignty. He shows how this intellectual apparatus can help us evaluate the idolatrous spirits of the age and promote a transforming "inner reformation of the sciences."

Although these essays were penned in Europe following World War II, most are as timely now as ever. His ruminations on the rise of sociology, how history gets written, and his insistence that no ideology or perspective is religiously neutral, are all remarkable. The fact that one whole section is called "faith and culture" should remind us that many of the hip organizations and relevant gatherings in recent years creatively working out a Christian contribution to culture making and the common good are not so avant garde. Indeed, as glad as we are that much of evangelicalism these days is "culturally engaged," we might also suggest that activists for radical social transformation need better tools than a great website and a passion for relevance. As Dooyeweerd writes, "one cannot penetrate to the core of today's questions . . . until one sees which religious forces have been operative in our culture, and understands how these forces have been central in the resolution of life's practical problems."

Space does not allow a more careful exploration of Dooyeweerd's insights—indeed, it is a mammoth undertaking for even serious philosophers—but I will discuss this much more. There are two particular strains of thought, two movements, so to speak, that are lively today, shaping many of us with their insight and appeal. Neither is fully faithful to a Biblical worldview, at least not according to Dr. Dooyeweerd. I refer to romanticism (seen in the counterculture, bohemians, some contemporary arts efforts, the emergent church, the Occupy movement, and many on the cultural left) and Thomism, a rigorous theological system that has appeal to young conservatives, those recently interested in natural law, and among those joining a renewal of the great traditions within the church catholic. He addresses the roots of both in this book, showing how they are found wanting, despite certain intellectual and cultural appeals.

In the 1979 edition (edited by Bernard Zylstra, Mark Vander Vennen, and John Kraay) the final sentence of Bernie's introduction offers up a hope that holds, surely, for this paperback new edition: "I hope that this book will contribute not only to an understanding of Dooyeweerd's thought, but to an assessment of the spiritual exhaustion of the West and a surrender to the revitalizing power of the Spirit of Christ."

One need not be a Dooyeweerdian (or even a Christian) to realize that worldviews make a difference, that the way people and societies construe meaning will inevitably colour and shape the nature of their lives and of their cultures, from the ideas in the university to the stories of popular entertainment to the very shape and texture of daily life within their built environment. There are large forces at work in the world, and Christian discipleship necessarily must include astute and discerning awareness of the spirits of the age. One of the important voices in recent years writing about "social imaginaries" and the nature of our secularizing culture is Canadian philosopher Charles Taylor. This serious new book by Professor Glen Stassen, of Fuller Theological Seminary, cites Taylor within the first few pages, coming back to his important analysis of the shifting shape of institutions in our age; readers soon realize that this call to faithful discipleship is going to be explored in conversation with Taylor. Also within the opening pages, Stassen suggests that he will draw on insight from the profound life and work of Dietrich Bonhoeffer who, in the 1940s, lamented that he and his people had "so little ground beneath [their] feet."

Yes, this contemporary call to costly discipleship offers a mature sociology of culture and a call to follow Jesus in ways that can stand amidst the shifting terrain, the not-so-terra firma of the twenty-first century. Stassen, drawing on Michael Walzer, uses the descriptors "thin" and "thick," talking about less than substantive or transforming ways of living faith, which he calls "thin," and more weighty, durable practices that can carry us through; these he calls "thick." But what is the nature of a thick sort of incarnational discipleship—and where does one get such a sturdy new paradigm? Those who know Stassen's work in public theology, especially in just peacemaking and on his books on the Sermon on the Mount will not be surprised to know that he revisits Christ's teaching there, finding solid ground for realistic ethics. David Gushee, himself a distinguished ethicist, calls this a "crowning achievement" and "essential reading," which will "find a place among the most important paradigms developed in the recent history" of the field of Christian ethics.

A very important part of this work grapples with Taylor's secularization theories. Stassen shows how a serious view of Jesus's way offers correctives to the seven challenges outlined in Taylor's magnum opus, A Secular Age. This is a major part of the book, calling upon Bonhoeffer (and others) to offer a morally serious, thick sort of Christian living in the secular age. He reminds us that Christ is Lord of all of life, that His teachings are normative and true, and that a call to robust, radical discipleship could, in fact, be the thick sort of embodied witness that might attract a new generation of followers of Jesus. His last chapter makes a case that his methodology for a Christ-centred, incarnational—dare we say apostolic—discipleship can even be "validated" (using Nancy Murphy's four-step process, itself a fascinating digression). It is an exciting ending and readers will have to determine for themselves if Stassen's manifesto is valid, faithful, and true (or if Murphy's rubric for measuring such things is even helpful). There is little doubt that we must deepen the tone of daily discipleship, and a "thicker" Jesus, despite the rather unwieldy academic phrase itself, is certainly a good, good step.