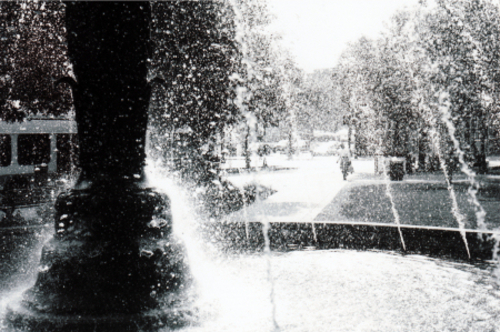 Hamilton is the ninth largest Canadian city housing over 500,000 people. It is a harbour-front industrial city located along the western bay of Lake Ontario. I have lived in Hamilton for the past five years attending Redeemer; while spending as much time as I could downtown, I quickly grew to appreciate its character, history, and uniqueness. Through my "Beasley" exhibition I had the chance to intensely explore Hamilton's downtown core. Unconsciously I was drawn to the Beasley neighbourhood area (42-inner city blocks bound by Barton, James, King, and Wellington streets). This could have been because of its interesting buildings, colours, textures, character, and alleyways. Beasley neighborhood happens to be the poorest community in Hamilton and one of 20 poorest communities in Canada. I spent many hours in this portion of the city due to this exploration for this exhibition, but I also did my Social Work internship last summer with ReCreate outreach art studio—working with at risk street youth within the Beasley community. Through these experiences with Hamilton, I have grown to love the downtown core and am proud to call myself a Hamiltonian.

The aim for my exhibition was to discover the beauty and character that Hamilton has to offer. I believe that Hamilton doesn't get the recognition that it deserves. Hamilton is a tremendously beautiful city that is often underestimated. It is my hope that through my photos, you can gain some insight and find the beauty like I did while I took these pictures.

The photograph that I chose to include is call "Life". I called it "Life" because it is the fountain that resides in the middle of Hamilton—Gore Park. Symbolically this is Hamilton's source of life. People gather in this park and live within this city that surrounds the fountain. The way that the water is sprinkling off the fountain appears like it is hitting all of Hamilton, giving it renewal. I find that this photo brings a sense of hope and redemption to the city. 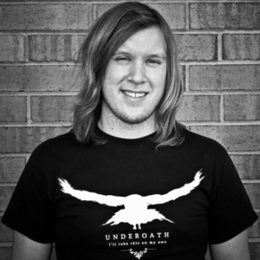 My name is Jimmy Bender, born and raised in Durham Ontario, now residing in Hamilton Ontario with my beautiful wife, Sonya. I have been attending Redeemer University College for the past five years accomplishing a double major in visual arts and sociology/social work. I dabble in several art mediums, but recently I have taken up photography and hope to pursue it into a full-time job.