"There is no such thing as society: there are individual men and women, and there are families." -Margaret Thatcher. Strauss explains how liberalism underestimates people and God, and why people want more from our life together than that for which liberalism allows.
by Gideon Strauss

While I believe (as I wrote in the first part of this essay) that an honest appraisal of liberalism must include a recognition of the good it has wrought—in particular, the political establishment of the rule of law and democracy, and the economic achievement of significant alleviation of poverty through the establishment of free markets. That appraisal must acknowledge that a liberal regime is preferable to both tyranny and anarchy. But I also believe that liberalism has done much harm.

Perhaps the worst harm done by liberalism is in its basic emphasis on the absolute independence of the individual. The philosophical commitment of liberalism to individualism, and the persistent pressure toward individualism brought to bear by the political arrangements of democracy and the economic arrangements of capitalism, have forged a culture in which it is all about "me." For individuals this has meant the cultural legitimizing of the pursuit of self-interest as the basic guideline for life. This societal pressure has formed the character of the modern person so that we are selfish, calculating, consumerist, and lacking in courtesy and civility. Thomas Hobbes wrote in his Leviathan (1660) that the passions that shape the character of modern people are "fear of death; desire of such things as are necessary to commodious living; and a hope by their industry to obtain them." Nothing—neither love nor honour, neither piety nor magnanimity—guides the actions of the modern person living under a liberal hegemony more decisively than the desire for personal safety and affluence.

As I have written before ("What is to be done . . . to understand our moment?" Comment, October 10, 2005), "I am astonished by the power of liberal capitalism to persuade even those whose deepest commitments should predispose them against the libertarian erosion of communal ties and the grasping extension of market logic beyond its proper economic sphere that there is no alternative. Living in a society guided by liberal capitalism is like being submerged in an acid ocean stretching to the horizon—there seems no possible escape, and the very flesh is being eaten off our bones."

Despite its historical power, liberalism is fundamentally flawed because it misunderstands what it means to be human. There are at least three ways in which liberalism is mistaken about the way human beings work. Liberalism is mistaken when it believes that human beings can be satisfied with a political and economic arrangement that reaches no higher than the achievement of personal safety and affluence. Liberalism underestimates the enduring power of the social bonds that precede and transcend mere political and economic contracts. Liberalism overestimates the role of reason as a determinant of human action. For the purposes of this essay, I will emphasize only the first of these.

The revitalizer of classical political philosophy in North America, Leo Strauss, is reputed to have been fond of a saying by Winston Churchill to the effect that modern societies are built on "low but solid ground." A widely accepted account of the rise of modernity suggests that the people of Europe, horrified by the wars of religion that followed the Reformation, sought to establish a social order in which the nature of the good life was not a matter of public dispute, but where the public order was instead built on a "low but solid" agreement to a common abstinence and protection from violence and a competitive but peaceful pursuit of wealth. Such a modern order would tolerate any kind of private "high" pursuit of truth and virtue provided it did not bring about violence or impede commerce, and provided it made no public claims. (For a more thorough and subtle discussion of liberal tolerance, see Jonathan Chaplin's "Living with liberalism: understanding regimes of tolerance," Comment, December, 2006.)

Mao Zedong's henchman Zhou Enlai reputedly remarked of the historical significance of the French Revolution that it was too soon to tell. If nothing else, he got the time frame right for historical evaluation. I do not anticipate the imminent collapse of the "low" liberal public order, and I do not know how long it will persist as a leading cultural force. Zhou Enlai's more-than-two-centuries may have brought us to the late old age of liberal modernity—or merely to its late infancy. Regardless of its historical prospects I do believe that the liberal order ultimately fails to provide satisfactions adequate to the persistent demands of human nature. While almost all of us living in North America have accommodated ourselves in many ways to this public order, our passionate public disagreements over questions such as the nature of the family, the place of religion in public life, the character of citizenship, and our obligations to strangers and enemies, indicate that almost everyone actively involved in political life admits in practice that there are other—higher—demands involved than the pursuit of personal peace and affluence. And if this is so—if we as human beings cannot be satisfied by a political order limited to these "low" pursuits—then the liberal order is inherently inadequate, and consequently brittle below the surface, whatever its historical longevity and apparent tenacity. People want more from our life together—also our political life—than that for which liberalism allows.

One reason why people want more from life than liberalism allows is that we are designed to respond to God. The "high" pursuit of divine love cannot be successfully ordered out of the public sphere for the sake of a "low" co-existence, because that pursuit is inherent to what it means to be human. We can no more prevent ourselves from either conceding to or rebelling against the claims of the divine—and live—than we can live without breathing.

Liberalism in its historical development has rarely sought, however, to deny the claims of the divine outright. English-speaking liberalism, in particular, has often comfortably co-existed with the personal devotion and even the civil religious public piety of both those in government and the citizenry at large. But the God involved has more often than not been either a distant, reticent, impersonal force similar to that recognized by the many deists who framed the founding of the American republic, or a strictly personal Jesus who makes demands only on private virtue—and from whom temporary public consolation is sought—very infrequently—in the face of national calamity.

This is not who God is. One of my favourite protesters against the diminutive divinity of modern liberalism is the jazz musician Charlie Peacock, who in his book New way to be human (Shaw Books, 2004) asks, "Should we ever settle for anything less than the brightest vision of who God is, who we are, and what constitutes life now and everlasting?" He answers his own question, "I don't think so."

Peacock writes that "Followers of Jesus tell the world through word and work that we've come to believe there is one Story, one way of viewing God, humanity, nature, earth, and sky that makes the meaning of life more clear than all others. We believe it to be the Story of everyone everywhere at all times. In other words, not private religion, but public reality. Such a story leaves little room for indifference, apathy, faking, forgetting, or dreaming uniquely American dreams."

Back in 1995 and 1996 I worked under contract with the Truth and Reconciliation Commission in South Africa as an interpreter at its hearings on gross human rights violations. The horrors described in these hearings by both victims and perpetrators were difficult to process emotionally. I recall many evenings driving back the four or five hours from a hearing in Johannesburg to my home in Bloemfontein with rage in my heart and tears in my eyes. One of the things that sustained the health of my feelings and my faith in those evenings was the music of the rock band U2. I recall in particular the short, quiet song "October," the second half of which goes:

Liberalism is not the same as apartheid. Its ill effects are both less vivid and more lasting. But the same comfort I derived from the historical confession of the song "October" in the face of the consequences of the struggle over apartheid can be derived by Christians trying to live with liberalism. Liberalism will endure beyond the lifespan of the present generation, but its cultural dominance will not endure forever—and will not outlast the reign of God. The ultimate source of hope and courage for Christians living with liberalism is not the relative historical fortunes of Christian and liberal ways of life, but the reliable divine promise in the victory of Jesus.

Without immanentizing the eschaton—without trying to make the present world into the world to come or trying to hasten the completion of the purposes of God by the efforts of our own hands—we can nonetheless live lives that point toward the complete realization of the reign of God in the fulfillment of time, even within the context of the liberal hegemony. My friends David Koyzis and Brian Dijkema suggest in their article "Living with Liberalism: six strategies for faithfulness" (Comment, December 2006) that a Christian can live against liberalism within liberal societies by

Alongside these, I suggest that Christians recognize and make good use of the good that arises out of liberalism by God's common grace:

At the same time, with our very lives we must testify against the destructive influence of liberalism: refute individualism with the living evidence of family life, church community, and civic associations, and Ã  la Charlie Peacock, refuse to "ever settle for anything less than the brightest vision of who God is, who we are, and what constitutes life now and everlasting."

Living with Liberalism (part one) 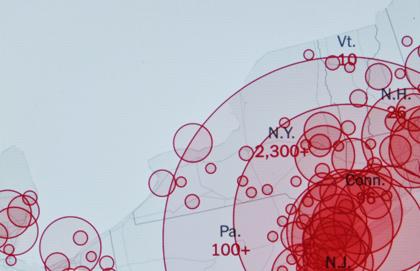 Principles for a Just Pandemic

A framework to help us negotiate today’s trade-offs in public life.