At the Washington Institute we continue to believe that it is the willingness to pray and work towards proximate justice—the vision of something, rather than all or nothing—that allows us to keep going, even as we face what often seems insurmountable and unchangeable.

Editor's note: what follows is a further reflection from Steven Garber—dear friend and publishing partner of Comment—on a theme first developed last October, in "Making peace with proximate justice." Stay tuned: in two weeks we will publish a symposium of responses on this theme.

A month ago I was in India with my family, driving along the roads of Kerala, a state that prides itself in having a democratically-elected communist government. It is at most a soft communism, as there is private property and a free market. But on every road were red flags with the familiar sickle and hammer, icons as they are of the Communist Party. While it surprised me, I was intrigued too, as while we were traveling I was reading A Christmas Carol by Charles Dickens.

I began to ponder the providence of his morality tale about a hard-hearted businessman who did not have eyes to see that his vocation implicated him in responsibility for his neighbour, near and far. Not long after Dickens wrote, Marx began to write Capital, seeing the same social phenomena that Dickens did: an industrializing political economy in Europe that was leaving people behind. Bob Cratchit and Tiny Tim were only two faces among many.

What Marx promised the alienated workers of mid-19th century England was that the work of their hands mattered to history. While he profoundly misread the human heart, and countless heartaches came from his thesis, he did speak to a deep human longing, viz. that we all hunger for our work to matter. The sickle and the hammer, ordinary tools that they are, represent the hope that what one does day after day will affect history, that the world will be different because of what we do. We all want that, everyone everywhere.

Recently in two settings where I was teaching, one to university students and one to adults, I found myself reflecting on the now-but-not yet character of Christian discipleship. It seems that wherever I go I hear one more person who is in pain, one more person who is suffering, sometimes for very individual reasons, sometimes for socially and politically complex reasons. The creation still groans as in childbirth—and we, the sons and daughters of God groan too, seeing and hearing the laments of our neighbors, near and far. So much is not the way it is supposed to be.

It is into this reality that my teaching has increasingly focused on the hope of proximate justice. How is it that we help people form visions and virtues that will sustain them in their vocations for the rest of life? That will, by grace, form in them the sufficient skills to navigate the shoals of a world that will disappoint them, that along the way will wound them? Because you too are someone who loves God and his world, you know that your longer hopes and dreams are for 25 years from now, praying that somehow you and those you love will keep on keeping on, having deepened and not discarded the beliefs about God and the world that seem so vital today. It is not easy.

At the Washington Institute we continue to believe that it is the willingness to pray and work towards proximate justice—the vision of something, rather than all or nothing—that allows us to keep going, even as we face what often seems insurmountable and unchangeable.

In early December I was in China giving an address to the graduate students at the Beijing Film Academy on "Good Stories & Good Societies." They also asked if I would bring the film Amazing Grace, and show it to them, as it had not been seen in China yet. So while I did not lecture on the film, I did include its story of Wilberforce and his community engaged against the slave trade in my address.

When I finished, the students began asking one heartfelt question after another. They want to become good story-tellers, and they yearn for their stories to transform China. Yes, I loved them. In different ways they wanted to know how it is possible to hope for the future, and to keep that hope alive in the context of one's vocation?

Theirs is a universal question, one that I have heard from people the world over. And in many ways it is at the core of all that we are, all that we do, at The Washington Institute. Whether our visions take us into the worlds of business, the arts, medicine, politics, education, law, or the church, we will be choosing to either live into our commitments and convictions, or not.

This past week someone reminded me of a passage in The Fabric of Faithfulness, and I offer it here, as it speaks to the reality of these last paragraphs. More often than not, I say to people, "Come and see," when I am speaking somewhere about the vision and commitments that are ours at The Washington Institute. Words have to become flesh for us to understand them—always and everywhere. These are words from the Epilogue, trying to describe my sense of my own calling, and the deeper truth that what I do is part of what others are also doing.

Embedded in a community of good friends with diverse vocations, we have committed ourselves to a common calling. As we care for the culture and the world through our vocations, we care for each other. Our worship and work take us to different places—some of us are neighbors, some are scattered across the city—but we are bound up with each other in common loves.

The Washington Institute's readings grow out of those "common loves," and they represent not only ourselves but The Falls Church, Comment Magazine and the Work Research Foundation, and the Wedgwood Circle. We are in this together, and need to be.

We hope they will help as you continue to live into what you believe about God and history. Someday there will be a new heaven and a new earth: the kingdom will come, and God's will will be done on earth as it is in heaven. All things will be made right and well—even the hurts and wounds, indifference and alienation, that so captured the attention of Dickens and Marx 150 years ago, and that still speak to human beings on the streets of India in the early 21st-century.

I long for the day when the gospel of the kingdom is widely and generously offered as the hope and dream for those who desire for the work of their hands, ordinary as it is, to be inextricably bound up with the unfolding of God's purposes for the cosmos. The vocations of mother and journalist, the work of the servant leader and mentor, and the vision of proximate justice, all together are integral to the missio Dei, to what God is doing in the world in our time and place. 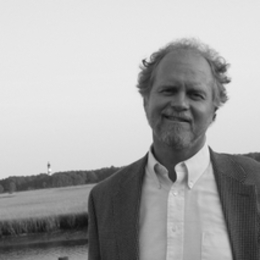 Steven Garber has a classroom among many people in many places. As the director of The Washington Institute, the heart of his own calling is the longing that people understand the integral character of faith, vocation, and culture. Author of The Fabric of Faithfulness: Weaving Together Belief and Behavior (Second Ed., 2007), he writes frequently for various journals, and in addition was a contributor to the volumes Faith Goes to Work: Reflections From the Marketplace and Get Up Off Your Knees: Preaching the U2 Catalogue, as well as to the Mars Hill Audio journal, Tacit Knowing, Truthful Knowing: The Life and Work of Michael Polanyi.

Finding our way to great work, even in politics: Making peace with proximate justice