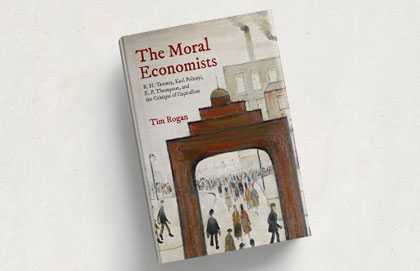 Markets are Made: The Story of Capitalism

A lot hinges on whether capitalism has a history. 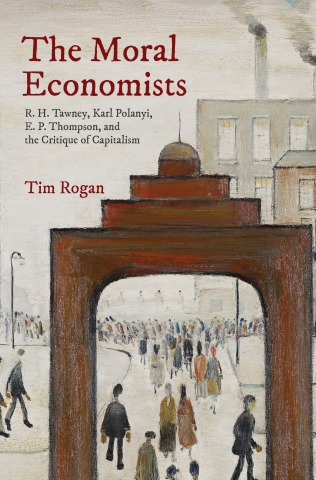 A lot hinges on whether capitalism has a history. To read about capitalism's origins, to mark its inner logics, and to learn about how human beings assembled political economic structures over time—this is to be on the cusp of critique and maybe even action. But if capitalism is not an artifact of particular people in particular places and times, then it is much more like an object of nature. Its origins recede into myths about ancient markets and primitive exchange. If capitalism is an object of nature like gravity, then it is impossible to critique or change. To attempt it would be like tilting at windmills, or worse.

The historical usage of the word "capitalism" is instructive. By the late eighteenth century, certain French writers started to use the term capitalisme in a rather unremarkable fashion to describe the collective action of people who owned property that produced wealth. It wasn't until the late nineteenth century that the word came to circulate in the greater Western world among polemicists almost exclusively as a term of abuse. Marx and Engels called it the "capitalist mode of production," but the labour unionist Samuel Gompers just called it "capitalism," as when in the 1890s he called for the "barbarity of capitalism" to make way for humane conditions. More and more people laid blame on capitalism for social, political, and economic ills.

If capitalism is an object of nature like gravity, then it is impossible to critique or change.

Unlike today's conservatives who were schooled in the rhetoric of the Cold War and extol with sophistication the social and economic virtues of capitalism, business elites at the end of the nineteenth century denied that capitalism as such existed. These custodians of classical liberalism argued instead that the economy had simply evolved from what Adam Smith called a certain propensity in human nature to "truck, barter, and exchange one thing for another." In this sense, they denied the radicals' belief that capitalism so-called had a history in the strict sense of the word. The economic order was simply the natural order of things.

These often-rehearsed naturalistic explanations came to sound pat in the face of troubling urban poverty and what was known at the time as the "labour problem." There arose in response two main ways of thinking about the problems of capitalism. The first is familiar to us today. Whether it was because of the exceptional success of Thomas Piketty's Capital in the Twenty-First Century, Occupy Wall Street's slogan, "We are the 99 percent," or Bernie Sanders's invective against the millionaires and billionaires, it's common now to discuss economic inequality. This economic critique of capitalism focuses on a few widely known metrics like economic concentration, wage stagnation, and high levels of childhood poverty. Capitalism, then, needs to be reformed (or abolished) because, even if it allocates resources efficiently at times, it generally fails to allocate resources equitably.

These calculated and tabulated accounts of inequality are the favoured critique of capitalism these days, but this was not always so. In the nineteenth and twentieth centuries the moral critique of capitalism was far more common, and it focused not so much on poverty or other forms of inequality but on the moral and spiritual desolation that capitalism produced. It eschewed the utilitarian ideal of economic man and gave attention to deeper social questions about liberty, solidarity, and order. This moral critique is, with a few notable exceptions such as Michael Sandel's work, typically forgotten or brushed aside today. But it offers, particularly for those who belong to a tradition of Christian social teaching, important tools for thinking about how capitalism has gnawed away at the habits and structures of solidarity and the tangibility of the common good.

The Joy of Morality

It is a joyous thing, then, that the historian Tim Rogan has recently written The Moral Economists, a judicious and deeply researched book that goes a long way toward rescuing this intellectual tradition from "the enormous condescension of history." Focused on three British thinkers, Rogan begins with the Christian socialist R.H. Tawney in the early 1900s, particularly his book Religion and the Rise of Capitalism, and ends in the late twentieth century with the New Left historian E.P. Thompson and his celebrated tome, The Making of the English Working Class. Along the way, Rogan introduces Karl Polanyi, the Hungarian economic historian, and shows how his book The Great Transformation was a kind of intermediary between the work of Tawney and Thompson.

In the nineteenth and twentieth centuries the moral critique of capitalism was far more common.

The moral critique is a twofold project. Despite their differences, all three men were deeply committed to writing histories of capitalism that showed the transition to a capitalist economy and specifically how this attenuated the structures of social solidarity in the English context. But they were also, as Rogan says, "theorists of everything economics left out." Their critique of capitalism relied on a normative understanding of human personality that was originally robustly Christian and that countered the conventional economists' view of what it meant to be human. Their Christian humanism ran afoul not only of classical economic theory but also of emerging Marxian sociology and, eventually, the anti-humanism of late twentieth-century social theory.

For these moral economists, there was no doubt that capitalism had a history. For Tawney, the transition to capitalism consisted in a slippery and subtle process by which the old unity of Christian society was rent asunder. Religion and the Rise of Capitalism ought not be lumped in with the insipid intellectual fare of certain writers who cast the Reformation as the font of all modern alienation. Tawney identifies the Reformation not as the final break from the medieval past but a project of preserving traditional Christian theology and social life. He does follow the Weberian furrow by describing an interplay between certain modes of Protestantism and capitalism in the early modern period, but he gives far more historical significance to bourgeois capitalists who, he says, undermined the Protestant synthesis by overemphasizing the individualism of the spiritual life. Another way of putting it is that capitalism succeeded by eroding the Protestant ethic, not by accepting it. In the aftermath, not only had religion and the health of the soul become individualistic, but the relationship between private and public worlds disassociated altogether. Political economy, not the religious confessions, became the regulating doctrine of public life.

An accounting more focused on political economic theory and the development of social relations is found elsewhere. In Polanyi's telling, this re-inscription of human beings in reductive materialist terms was a nineteenth-century project in which coercive contracts and markets helped to commodify human labour like never before. Thompson, in far more granular ways, articulated a similar process whereby custom, tradition, and artisanal craft were displaced by the enclosure of the common lands and the enrollment of wage workers as "instruments" of industrial production.

But for all three writers, the transition to capitalism was not the end of the story. They were not afflicted by nostalgia for bygone years. They identified certain social solidarities that persisted, in some cases, into the twentieth century in spite of the erosions of capitalism. This idea received its fullest treatment by Thompson, who put forward the notion that moral economies consisting of things like customs of craftsmanship, the just wage and fair price, and traditions of self-governing communities, among other things, were able in certain circumstances to hold fast. Polanyi more evocatively describes the process of a "double movement," in which the worst excesses of liberal capitalism are pushed back by the legal and political structures of wider social norms.

Perhaps more than this historiography, it was the moral economists' understanding of human personality that brought together their critique of capitalism, and it is here that their peculiarly Christian views are more obvious. "The Christian tradition does not deny man's animal nature; on the contrary, it emphasizes that nature," Tawney wrote. "But it holds that the most important fact about human beings is not the nature which they share with other animals, but their humanity, which, in virtue of the Incarnation, they share with God." As Rogan explores, Tawney came under the influence of certain Anglo-Catholics who singled out the incarnation of Jesus Christ as the bedrock for the infinite value of each individual human person. This theological insight—"The Son of God became man so that we might become God," as Athanasius of Alexandria once put it—had economic consequences. It meant that "sacredness of human personality" ought to be privileged over "property" and presaged a "revolt of ordinary men against Capitalism."

Contrary to the political economists and social Darwinists of the eighteenth and nineteenth centuries, the moral economists held that there was no justification for understanding economic systems as natural systems that would inevitably reach equilibrium in the long run. As some British figures held, to use an extreme example, relief for the poor only perpetuated poverty that would best be solved by letting scarcity limit the population. This social policy was essentially blasphemous, Tawney said, because "the personality of man is the most divine thing we know." Polanyi reworked this account of human personality. He established it on less overtly religious grounds and found some common cause with Marx's early writings. Thompson too developed Tawney's insights, critiquing Stalinism for its anti-humanist "economic automatism."

In the face of secularization, however, this religious grounding for human personality became increasingly untenable among those in leftist circles. It was in particular the rise of so-called structural Marxism, as initially articulated by the French philosopher Louis Althusser and the influential New Left Review under the leadership of Perry Anderson, that helped to inaugurate a new era in leftist social criticism. This anti-humanist perspective emerging in the 1960s and 1970s out of Western Europe made both the Christian and the Marxist accounts of a stable and transparent human subject verboten among a new generation. Even Rogan, who is sympathetic to them, finds the project of adopting the moral economists' view of human personality to be a non-starter in the twenty-first century.

For Christians today, however, especially among those who maintain a robust and lively commitment to human personality when addressing issues ranging from sexuality and abortion to war and human rights, the moral economists might be more natural conversation partners. They show a way of accounting for capitalism that isn't fooled by myths or conventional appeals to nature. And they offer a model for thinking critically about economies that are formed by and for humans who were, as the psalmist says, "crowned . . . with glory and honor" and made "a little lower than the angels." 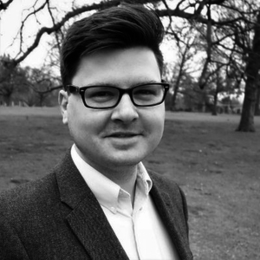 Kyle Williams PhD candidate in history at Rutgers University. His work focuses on the development of capitalism, political economic thought, and liberalism in the late nineteenth and twentieth century. His current protect, “From Public Good to Private Profit,” is a history of corporate social responsibility in the twentieth century. 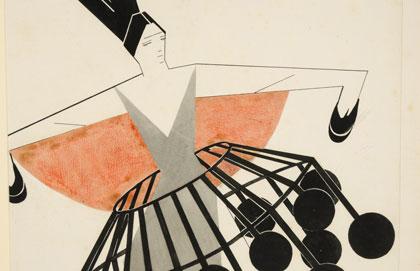 Love will build this city