Is revival a meeting, or a way of living? Keith Martel calls students and teachers to seek revival that goes to the very heart of what the academy and Christian faith are about.

Martel is a graduate student in philosophy at Duquesne University.

Recently, my wife and I were given a book that has become the catalyst for rethinking the notion of revival on our college campuses. The book, Accounts of a Campus Revival, by Timothy Beougher and Lyle Dorsett, is an account of a spiritual revival that unfolded on the campus of Wheaton College in 1995. It records testimony from those at Wheaton and other colleges throughout the country who have experienced similar spiritual movements and revivals.

Accounts of a Campus Revival captured my attention because as these events were occurring I was an undergraduate at Geneva College, a small Christian school in western Pennsylvania. I distinctly remember the desires of many students and a handful of staff for a replication of the Wheaton revival. We prayed, sang, read the scriptures, and engaged in communal confession. When the dust had settled in the early hours of the morning, people were exhausted from crying out for the Lord to come. I staggered to my room and slept through both of my classes that day. These steps were repeated for a few weeks until, feeling as defeated as the prophets of Baal at Mount Carmel, I fell back into the normalcy of college life.

Over a decade later, I am reminded of that moment, of that event. In 1995, the question that haunted our minds was, "How do we create a campus revival?" Now, after years of working in campus ministry and having entered the simultaneous roles of student and teacher, the question has been reformed. Instead of asking how to create a revival (as if it were ours for the creating), it seems that the question more properly should be, "What is campus revival?" Or, perhaps as I want to pose here, "What is academic revival?"

Robert E. Coleman, in Accounts of a Campus Revival, defines revival this way: "to wake up and live" (derived from Psalm 85:6). Further, Coleman looks to Charles Finney in suggesting that revival simply "consists in obeying God." These are worthwhile and faithful pursuits. Yet, there seems to be an inconsistency between these definitions and the testimony of what occurred, what I hoped for. The accounts of campus revival consisted of a wildly irregular occurrence of the "spiritual," including nightlong prayer, healing, confession, and a diligent pursuit of traditional spiritual disciplines. Not to be misunderstood, I am not suggesting that those who inhabit college campuses should not pursue traditional disciplines, nor do I suggest that the hand of the Reviver was not at work on these college campuses in the mid-1990s (I cannot declaim this enough). But what I want to call on my friends and colleagues to pray for is a different type of revival.

A peculiar characteristic of the accounts of revival is that they had very little to do with the academy. The revival happened at a site, disembodied from the purposes, mission, and primary pursuits of the institution of higher education. I recall nowhere testimony of how the Spirit moved in the lecture halls, in library study carrels, late night study groups, or in the writing center. The revival or, better yet, the renewal that I pray for is one that is rooted in a place—that is intimately connected with the intent of its locus.

If, as Finney asserts, revival is obedience unto God, then campus revival would be composed of the renewed pursuit of traditional disciplines. But the primary thrust should be distinctly marked by a passionate pursuit of living fully in the roles and vocations to which we are called—as students, as professors, and as staff workers. To truly "wake up and live" on the college campus would see Christian students, faculty and staff chasing after university life, together. It would consist of students taking their studies seriously in a transformational way, and faculty members seeing their teaching as a holy calling from the Lord of education Himself. These things would be pursued as spiritual disciplines. Instead of skipping classes to take part in prayer meetings, students might even skip their fellowship groups to create and craft serious scholarly work that exemplified and added to the Kingdom of God.

I want to briefly suggest a working list of marks of academic revival in the hope that it can be built upon and added to.

1. Students' pursuing the vocation of learning
If this sounds self-evident, I would invite you to visit and talk with undergraduates at colleges and universities. Within the halls of learning many—or most—students are in college for the sake of acquiring a $100,000 ticket to a higher paying job. This desire is created and sustained by a culture of upward mobility. The dominant paradigm screams, "Get a degree, make more money, buy a big house and things you don't need." To engage in learning, in my experience, is clearly not the primary telos—purpose—of many college students.

2. Students and teachers' stewarding the resources of learning
There are many resources available that are radical, transformational, but eminently accessible. Students and staff alike should pursue books, online resources, conferences, and people who aid in the pursuit of loving God in the academy. Sources of learning would end not with a class syllabus, but would extend creatively "beyond." Those who are not within the contexts of classrooms pursuing a faithful study of disciplines from a Kingdom perspective would engage in double-study. They would not only work within the confines of their assignments, but they would also be working overtime to understand content from within the grand narrative of Scripture.

3. Students, teachers, and staffs making friendships
I do not mean that they would be buddies or merely congenial. I pray that students and staff would cultivate a deep care for one another, engage in dialogue, and push one another toward further faithfulness as co-laborers in their related vocations. I am delighted that I have had the benefit of open doors and standing invitations from professors. Some of the most memorable and substantial learning moments I experienced were in a professor's living room, drinking exotic teas and delving into the ideas and events of the world. Even more radically, this semester I was invited along with two other professors to have dinner and fellowship in one of the men's resident halls on campus. These young men had prepared an amazing meal for us, so as to show their gratitude and to ask questions regarding faithful living as students.

4. Students' "leaving" their colleges
One of the things I regret most about my time at Geneva is that while I was waiting for "revival" I did not take advantage of leaving. When revival comes, students will use their time to leave and see what is beyond—they will study abroad, they will use their summers to become wise, they will live off campus—to live in communities so as to meet people embedded in life outside the academy and to remember what is beyond the walls of the learning.

5. Students' praying
They will pray about the things commonly seen as revival, but they will also pray for wisdom and diligence in their pursuit of knowing deeply, of working tirelessly, and of developing an understanding about what academics have to do with the entirety of life.

6. Students and teachers' engaging academic breadth
The future caseworker will plunge into the required earth science class, the engineer would drink of the humanities, and the special education teacher would taste the glory of God in their political science core class. Likewise, professors will be proponents of an understanding of the breadth of the creation through support of a strong core and the exploration of classes outside of their disciplines.

7. Working to the glory of God alone
In an environment where evaluation reigns this pursuit certainly is difficult. The majority of students are driven by grades, whether it is those who try to determine what is the least amount of work required to attain the best grade possible or those who toil vigorously for the sake of the highest esteem and opportunity beyond graduation. Meanwhile, many professors teach and publish for the sake of tenure and status. When academic revival sweeps through our college campuses, we will experience an excellence unlike any other we have seen before. As the apostle Paul exhorts the church at Colossae: "Whatever you do, work heartily, as for the Lord and not for men" (Colossians 3:23, ESV). This sort of wholehearted work will result in entrance into graduate schools, tenure, and positions of great significance, and will bring an "inheritance from the Lord" as our reward.

8. Desiring—praying for—constant renewal
Revival is often marked by a sudden, irregular, and short-lived movement. Our hope and prayer should be for a deeply rooted, consistent, and lasting transformation on our campuses. Borrowing from Eugene Peterson, may our academic work be "a long obedience in the same direction."

9. Embracing the whole
Are we suggesting a revival limited to the academy? Let me say that this renewal will spring forth within the classroom and move beyond its walls. A responsible pursuit of the normative roles of educator and student is not one that merely casts aside other aspects of life. It integrates them. The roles of student and teacher include care for practiced justice, love of genuine relationship, and the appropriate practice of recreation and play—as well as academics.

In discussing some of these markers of revival with students and staff I know and appreciate, I have been met with diverse responses. Some are inspired and have begun the long journey. Others dismiss them as characteristic of the idealism of youth, as if it would take a miracle to see these marks realized. The former offer me hope. The latter are more correct than they know. It will be miraculous. And this is why we cry out like the psalmist to the God who administers miracles in our lives and vocations:

"Will you not revive us again, that your people may rejoice in you?" 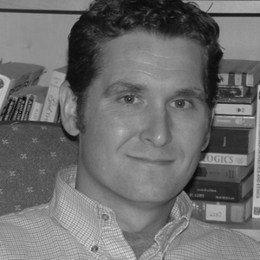 Keith Martel is currently a graduate student in philosophy at Duquesne University. He is also part-time faculty of Humanities, and Associate Staff with the Coalition for Christian Outreach, at Geneva College.

Making the most of college: writing with purpose

Q&A with Abbie Smith, Graduate Student and Author, Can you Keep Your Faith in College?