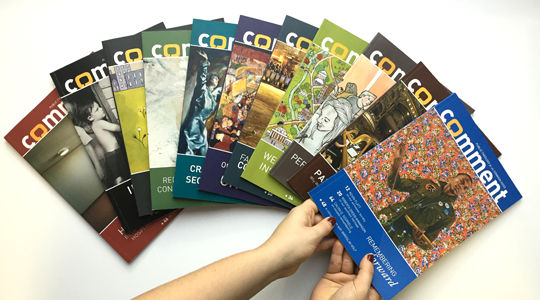 I want Comment to be what you've come to expect, but I also want it to be unlike any other magazine you read. We're not just publishing a magazine; we're building a movement. 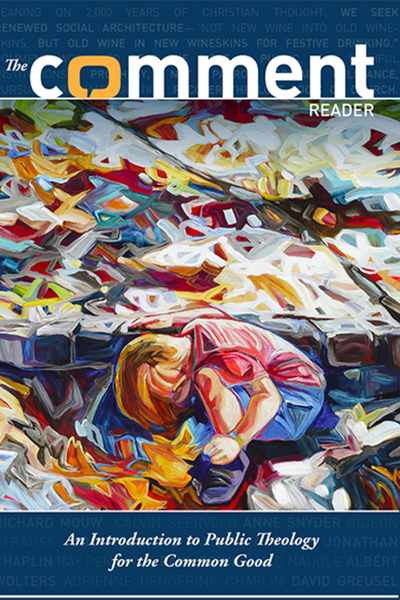 As I assume my new role as editor of Comment, I'd like to introduce you to the magazine again, for the first time.

You can count on Comment continuing to be a journal devoted to "public theology for the common good." Continue to expect rich cultural analysis from a Christian perspective brought to you by folks like Richard Mouw and Marilynne Robinson, Ashley Berner and Jim Belcher, Cal Seerveld and David Naugle, and many more. As editor, I inherit a rich legacy launched by Harry Antonides, stewarded and expanded by Gideon Strauss. With that kind of history, continuity is a good thing.

But we're also going to shake things up a bit. Not change for change's sake, but rather a renewed focus on, as our masthead puts it, "equipping change agents with strategic public theology." I believe this mission is more relevant now than ever. So I want Comment to be what you've come to expect, but I also want it to be unlike any other magazine you read.

A New Season for Public Theology

I anticipate a new season of purpose and focus for Comment because I think the conversation in North American Christianity has changed. It's a new day, especially for those of us (even loosely) associated with evangelicalism. Old alliances and movements have dissolved; the cultural ground is shifting beneath our feet; and many of us find ourselves without—even hostile to—a partisan identity at the same time that we are increasingly concerned about justice, politics, and public life.

In the past, drawing on our heritage in the Reformational tradition of Abraham Kuyper, Herman Bavinck, and Herman Dooyewerd (so many Hermans!), Comment magazine has encouraged evangelicals to embrace a more expansive Gospel, a sense of vocation as wide as creation—what the Protestant Reformers would describe as "the sanctification of ordinary life." You might think of this aspect of our work as post-fundamentalist therapy—helping evangelicals to work through narrow notions of salvation as mere soul-rescue and instead embrace a holistic vision of God's renewal as encompassing "all things" (Colossians 1:15-20). We have celebrated a creation-wide vision of redemption rooted in a holistic theology of creation and culture. (I tried to encapsulate this a few years ago in my Comment essay on "Redemption.") In that sense, Comment magazine has been something of an evangelist for the unique wisdom and treasures of the Reformed (and especially Kuyperian) stream of catholic Christianity. We've been cheerleaders (some might say "pushers!") of our own teachers: Albert Wolters, Calvin Seerveld, Richard Mouw, Nicholas Wolterstorff, and others.

As we look around today, we're grateful to see others who now share this vision. Chuck Colson's later work, How Now Shall We Live? was a kind of evangelical translation of Kuyper. Andy Crouch's important book, Culture Making, extended and deepened this invitation (and we can see the fruit of this in Christianity Today's "This Is Our City" project). In The Next Christians, Gabe Lyons invites a new generation to abandon the "truncated" gospel of mere soul-rescue and serve God as cultural "restorers." The Center for Faith & Work at Redeemer Presbyterian Church in New York equips entrepreneurs and artists to see their cultural labour as kingdom work. The choir has expanded, and we're grateful to count all of these as partners in the task.

This also frees us up to do something different. We're not here just to celebrate and affirm that it's good for Christians to engage culture. We want to now ask the hard questions—to resource those who are on board with the project and are now looking for wisdom about how to actually do this. Yes, Christians should be engaged in cultural creation and stewardship; yes, God values and affirms our cultural labours; now what does that look like? And what does it look like to do that Christianly? We're all for common grace affirmations; but we're equally concerned about what Abraham Kuyper called "the antithesis." Think of Comment as the magazine where we not only encourage you to see your work as pursuing God's shalom; we also dig deep to consider just what shalom looks like in economics and education, for cities and civil society.

It is good work that God calls us (in)to—work that is really an invitation for us to participate in Christ's renewal of all things. But the biblical affirmation of culture-making and cultural stewardship is not just a vague admonition to "engage culture." There are plans for creation and part of our task as "restorers" is to discern what it is that God desires for commerce and construction, colleges and food co-ops. Comment magazine is devoted to helping you read the blueprints.

Beyond Celebration to Implementation

Discerning those norms for creation's flourishing means we need to move beyond affirmation and celebration to implementation and even, at times, constructive disagreement. Otherwise all of our talk about "engaging culture" just becomes a Jesufied way to affirm what we like—a kind of Christian veneer that is applied to our pet projects. "Vocation"-talk becomes just one more way to baptize our individual self-expression. Saying we're doing something "for the common good" becomes the functional equivalent of saying, "Isn't this cool?" In the name of cultural transformation we end up with cultural assimilation.

I want Comment to be the premier venue where Christians move beyond celebration to implementation, assuming engagement and now working out the substance of that in politics and policy, in civil society and local neighbourhoods, in schools and universities, in our homes and in our churches. We're not just publishing a magazine; we're building a movement.

I believe that readers of Comment will be best served if we embrace our identity as one of the core publications of Cardus, a think tank devoted to "renewing North American social architecture, rooted in 2000 years of Christian social thought." We are not a "worldview" magazine.

Don't get me wrong. We certainly believe that God takes delight in a rich array of cultural labour—that Christ has reconciled "all things to himself." ("He Shines in All That's Fair," as Rich Mouw once reminded us.) But that doesn't work for defining a magazine. So Comment will be focused on this "social architecture": the institutions that serve as the scaffolding and skeleton of social life. That still includes a wide swath of our everyday lives: families and financial systems, politics and education, museums and labour unions, and much more. This architecture has not been well-tended of late, and we believe that Christians have special reasons to invest in their renovation—and that many of us, in a range of fields, are already doing just that.

So Comment magazine is not all things to all people. We are not a broad "worldview" magazine trying to cover the entirety of creation. We are not a journalistic outlet to understand North American Christianity. For that, we point you to Christianity Today and the Christian Century. We are not just broadly interested in "culture" like our friends at Books & Culture. And though we deeply value the aesthetic, we are only interested in the arts insofar as they contribute to North America's social architecture. For a celebration of Christian engagement with the arts, we would point you to Image and the good folks behind The Curator. While we see ourselves as partners with folks at First Things, here in Comment our inheritance of "2000 years of Christian social thought" is spoken with more of a Reformed and Protestant accent. In addition, Comment really is a magazine with a North American purview: anchored in Canada, we also lean out into the U.S. with what we hope is a fresh perspective. (Our sister Cardus publication, Convivium, is something like the Canadian correlate of First Things.)

So we know who we are and what we're called to do. And we hope you'll sense the distinctive mission of Comment as we move forward.

If you care about the common good, you need to care about the social architecture of North American society. And if you care about that, you should be reading Comment magazine. While you might be tired of partisan wrangling, that doesn't excuse you from public and political involvement. And keep in mind: in our age, maintaining a marriage, supporting a school, sustaining a parish, and investing in a local neighbourhood are all "political" acts.

In addition to our focus on the many aspects of social architecture, you can also expect a certain "vibe" from us, one that grows out of orienting convictions that we hope will be heard as Comment's "voice."

With this renewed focus and mission, we are bringing new energy to Comment. In a tangible way, this is signalled by new rhythms and format.

I'm incredibly excited about all of this. The focus of Comment channels a lot of my own passion for the church and culture, politics and the people of God. I hope you'll join us, not just as a reader, but as a co-labourer in this work of renewing social architecture.

If you're not yet a subscriber, join us today. Already a subscriber? Consider sharing Comment's vision with a friend or a student with a gift subscription. We look forward to hearing from you. 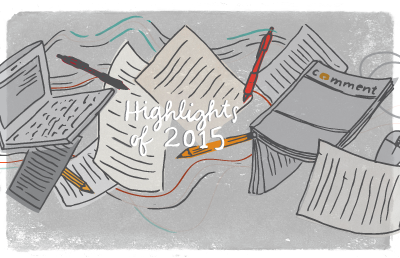