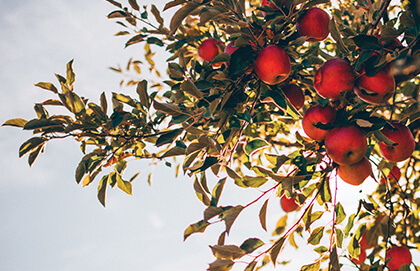 Consider the apple tree. There are several thousand species, and each, given the right conditions, can miraculously yield bushels of succulent fruit. Much of this is gratuitous: eaten by birds, destroyed by worms, left to rot on the ground with a careless abandon that makes my frugal Dutch heart palpitate. But within each apple are also the seeds that could give rise to more—more trees, more fruit, more seeds . . . on and on it goes. And all of this takes place within dizzyingly complex systems of pollination, precipitation, human cultivation, work, and prayer.

We could just as easily look at mollusks or mountain ranges, galaxies or sand grains, pigeon feathers or the labyrinthine Fibonacci designations of a single fingerprint to understand one simple truth: the heavens declare our God is no minimalist. The world is a place of exponential extravagance and complexity. And if we are the imago Dei, don’t we have permission—maybe even a mandate—to embrace the baroque profusion that is the theatrum mundi?

We do . . . and we don’t. Obviously the big difference is that in the realm of nature, or “God’s Economy” as Wendell Berry calls it, nothing is ever wasted. Those rotten apples return to the soil from which apples (or some other plant) will find life. But in the realm of culture, of man-made products, we not only produce at a rate that strains the sources of life on which we depend, but we also create forms of waste that threaten to return the created order back into the waste and void from which God ordered it. Man’s economy is able to run counter to God’s, and it often does.

While the world is far from a fragile planet with a scarcity of resources, life in the Anthropocene has borne witness to the harsh reality that unconstrained culture-making can drastically inhibit life for many in future times and distant places. Our gift and our curse as the fallen bearers of God’s image is that we can share in the creation of a stunning array of apple trees, but also have the cultural power to rid the world of its beautiful abundance. In many places we already have. Hypoxic zones, species extinction, dead soil, mountaintop removal, poisoned food supplies, toxic air, acid rain, and nuclear fallout show us where human consumption and production end when led by a logic that refuses all constraint and submits to no limits.

In book 7 of Paradise Lost, John Milton imagines God beginning his work of creation in a way that models for his firstborn children—Adam and Eve—how they are to work as co-creators:

Chaos heard his voice: him all his Traine

Follow’d in bright procession to behold

Then staid the fervid Wheeles, and in his hand

He took the golden Compasses, prepar’d

In Gods Eternal store, to circumscribe

This Universe, and all created things:

One foot he center’d, and the other turn’d

Round through the vast profunditie obscure,

This be thy just Circumference, O World.

Within this cosmic bounding line that circumscribes the heavens, the teeming, frothing world comes to be. God who is everywhere and always creates within the constraints of a here and a now. A very large here and now, mind you, but a self-imposed limit nonetheless. Adam and Eve, again in Milton’s rendering, also begin their work within a literal smaller bounding line that borders the Garden of Eden. And as we learn, they are also to work on placing bounds on their animalistic appetites. Their characters, like the soil, must be cultivated through restraint. Shortly after the fall, Adam and Eve’s desire to transcend their limits as if they are God, to refuse constraint, soon sees them descend to the brute savagery of animals and given their heart’s desire: being cast out beyond the garden’s boundary.

the heavens declare our God is no minimalist.

Minimalism is not a set of practices opposed to material reality or human appetite. Rather, at its best, it is a set of practices that means to form in us a better posture toward the world. It does not stand against the world, but with and for it. Again, self-imposed constraints championed by the minimalists may be simple, but they are not easy, particularly for insatiable appetites that are hell-bent on traversing all bounds, always wanting more and never satisfied with enough. But if we want to continue on as co-creators with the God who desires a world teeming with life, we could do worse than follow the path of the minimalists who see the gaping maw of our consumer-driven culture and are learning how to walk the other way. 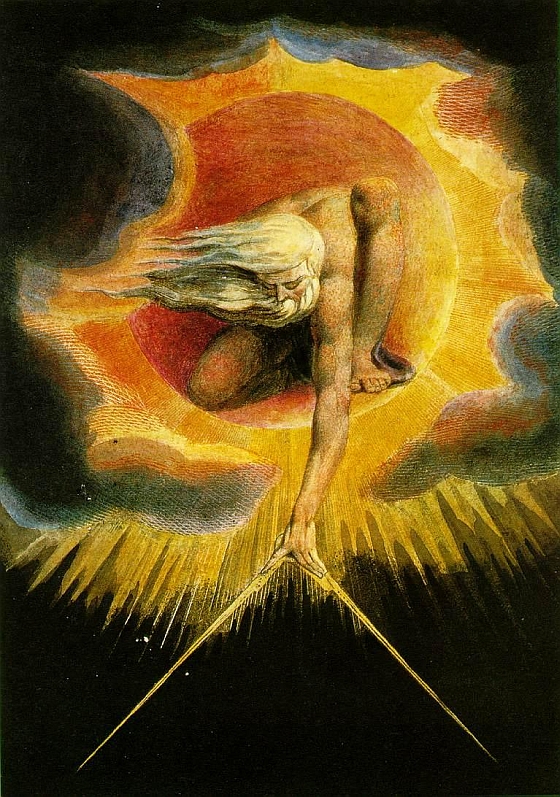 A student's guide to the "whole big ecosystem" of culture

With tours through durability, community and attentiveness, plus a long tarry in poetry.