Moving Toward a Society of Care: A Discussion of Jeremy Rifkin's The End of Work

In the first part of this series, we surveyed two crucial relationships that are foundational to our social contract: the employer/employee relationship and the government/corporate relationship.

Both associations are undergoing considerable transformation and strain as firms embrace technology at the expense of labour and possess the ability to readily move production across national borders. Jeremy Rifkin spends a considerable portion of The End of Work discussing potential social pathways that will renew the dissolving social contract. He confronts the important question is: "How do we redefine the role of the individual in a society absent of mass formal work" and still create a just society which fairly allocates the productivity gains of the Information Revolution?

The most immediately accessible solution centres on shortening the work week below the norm of 40 hours. The idea is that more individuals will have work, reducing unemployment and government social spending pressures, while providing the dignity of employment to a broader group of citizens. Numerous companies and their employees, particularly in Europe, have moved to a shorter work week.

Surprisingly, such an inherently worthy idea has had a chilly reception in North America. Companies are reluctant to absorb the additional training, pension, and benefit costs. Workers, having experienced a two-decade decline in real wages, are often anxious to maintain their current standard of living through 40-hour work weeks and overtime.

As a short-term solution, reduced work weeks have generally been implemented in the face of impending layoffs. Critics believe that reduced work weeks are merely part-time jobs with a better spin placed on them. Not surprisingly, in vocations with short learning curves, corporations are utilizing primarily part-time employees. If Rifkin is correct that mass labour is in danger of becoming increasingly redundant, then continuing the 100-year decline in the work week will only constitute, at best, a belated rearguard measure.

Rifkin and others believe the future course of humanity will be one of two paths: increasing social strife as wealth accumulates only in the hands of the privileged, or a broadly-based transformation to a community of care. His personal vision is that "the talents and energy of both the employed and the unemployed—those with leisure hours and those with idle time—can be effectively directed toward rebuilding thousands of local communities and creating a third force (volunteerism) that flourishes independent of the local marketplace and the public sector." (p. 239)

Rifkin is an optimistic liberal and his hope for a better tomorrow loosely parallels the biblical call for social justice. He envisions the possibility of society seeking to create true community, able to attend to the needs and cares of its citizens because of the wealth base produced by technology. The author sees hope in the national spirit of volunteerism which has always existed in the U.S., believing this "third sector" will thrive and provide the relational bonds and services to knit society.

Few would disagree with the goal Rifkin envisions; the monumental challenge is how to attain it. Widespread grass roots dissatisfaction exists with both the liberals' lumbering statist efforts and the conservatives' belief in "trickle down" economics. If Rifkin's hypothesis that mass employment is in decline holds true, then the continually rewarmed policy prescriptions offered by both the Left and Right are of little or no use. The seminal issue of our age will be to undertake social justice in a society absent of widespread paid work.

Rifkin's thesis is very much a controversial reading of what the future portends for humanity, and has been challenged by a wide cross-section of reviews. (See, for example, the discussion in The Economist, September 28, 1996.) We will adopt the tack in this article that presumes Rifkin is largely correct about future mass unemployment.

Aside from the debate about abortion in North America, probably the most contentious social issue revolves around the size and structure of our social safety net. Welfare and employment insurance are daily topics of divisive arguments. Governments appear frozen in the opinion poll headlights, unable to publicly acknowledge that we cannot afford the incredibly expensive and wasteful current system.

The standard mantra from the left is that a little more funding will cure all. Yet welfare spending in the U.S.—$33 billion in 1964—has increased nearly tenfold since then to over $300 billion in 1992 (in constant 1992 dollars), during which time every conceivable social welfare indicator of the less fortunate worsened.

Almost no media coverage is devoted to the fact that less than half of all social spending goes to the poor. Instead, most funds are diverted to pay for the delivery system. A possible solution is to replace our entire multilayered labyrinth with a guaranteed annual income to each citizen, possibly the only issue on which such divergent thinkers as Nobel laureate economist Milton Friedman and Jeremy Rifkin agree.

This fundamental change in program structure would reflect the reality that all deserve to share in the wealth created by the nation. By eliminating the current costly delivery system, a guaranteed annual income would at least double the money the poor now receive. Individuals would know how much to budget each month and make choices free from government influence.

For people who have job and receive a guaranteed annual income supplement, the marginal tax rates could be adjusted so that the incentive to work remained. One of the major problems with our current system is the extreme financial disincentives we have erected for people on welfare, who often stand to lose as much as they gain by pursuing employment.

The guaranteed annual income concept has elements that appeal to both big government believers and small government types. It offers increased benefits with less government and more opportunity for individual responsibility and choice. Conservatives would be forced to choke back their distrust of entitlements, and liberals would have to watch their paternalistic state edifice sink beneath the ocean of debt it spawned.

A guaranteed annual package could (but need not) require able-bodied recipients to work part-time in community services performed by volunteer organizations. Those people who have employment in the private or government sectors could be compensated for their efforts by allowing tax deductions for time spent working for volunteer organizations, i.e., a "shadow wage."

This method of social security would accomplish several vital objectives in a renewed social contract. First, everyone would be entitled to a share of the nation's production, despite the lack of employment needed to generate it. Second, citizens could experience the dignity and joy of meaningful employment in contrast to the repetitious drudgery of many manufacturing jobs today. And third, a guaranteed annual income would allow volunteer organizations the ability to pay for and harness the talents of those displaced by technology and allow the citizenry to transform Canada into a society of care.

Attempting to transform our society will require governments to exert less control. Stephen Moore's book Government: America's #l Growth Industry exhaustively underscores this theme. The public sector has never shrunk in three decades and will likely not welcome the prospect of competition by motivated and focused volunteer organizations. Nevertheless, increasing government debt burdens will force it to contemplate organizations who can do more for less.

In Canada's deficit-financing prime—1977-87—the federal government spent about $1.10 on programs and services for every dollar in tax revenue. In 1997, as interest on the unpaid debt continues to compound, the federal government will spend 81 cents on programs for every dollar of taxes received. The fiscal vice of our mortgaged past is tightening, opening previously closed doors to Christian social action in the public square.

A strong case can be made that community arising from a common religious worldview has been the only lasting communal bond which has stood the test of time. Nations, empires, and statist initiatives come and go. What is permanent is the bedrock Christian faith, which seeks to address all facets of our earthly lives because of the transcendent Lord who undergirds and directs our efforts.

The twentieth-century has seen Christians increasingly reluctant to place even their shadow in the public square, lest someone complain. But the tide of history is about to provide Christians with a golden opportunity to serve society and be a witness of God's glory. The moment needs to be seized.

Christians can form organizations to provide many of the social services governments are outsourcing or abandoning altogether. Habitat for Humanity is one excellent example among a multitude of Christian organizations already spawned by a worldview on the move.

Marvin Olasky's influential book The Tragedy of American Compassion discusses a public-to-third-sector transition, and envisions a vastly increased role for religious charitable organizations. North America is too often a faceless society. Rather than community-centred compassion and encouragement of personal responsibility, we mindlessly remit our taxes into the government's coffers and wash our hands of concern for the less fortunate. Few seem mortified that $150 billion is spent on social services in the U.S. to very little effect. Yet every poor American family could be placed above the poverty line at a cost of about $90 billion a year if the funds were directly distributed.

Christians need to reclaim the public square. Concepts such as a guaranteed annual income may become viable if mass work slowly vanishes in the face of galloping technological change. But macro solutions can only carry society so far forward. What is crucial is that individual Christians seek to widen and deepen their faith communities by reaching out to the broader society instead of retreating to the comfortable life of walled-in homogeneous suburbia.

This is a daunting task. Witness the ultimately stymied efforts chronicled in John Lukac's Pulitzer Prize winning book Common Ground. Christ did not leave the task of social justice to government, or deacons, or to a committee; rather He left this crucial role to His believers, to quietly illustrate God's love through their daily actions within the world. If a humanist like Rifkin can optimistically cling to wispish hope built on a cloud of circularity, how much more so can Christians engage and rebuild our society's postmodern ruins with wild hope inflamed by the love and message of Christ, our rock and Redeemer? 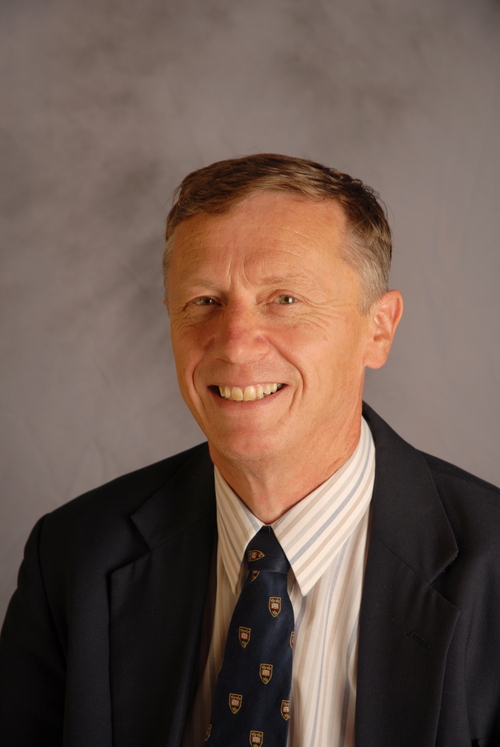