Hearkening back to neocalvinism's salad days in the first fifty years of 20th-century Dutch society, Dr. Harry Van Dyke offers up neocalvinism at its best. Van Dyke's is a vision of neocalvinism as an ecumenical project whereby Christians of various confessions may join together in associations and institutions, to confront and transform culture—in homes, markets, farms, the arts, labour, churches, states, and schools and universities. 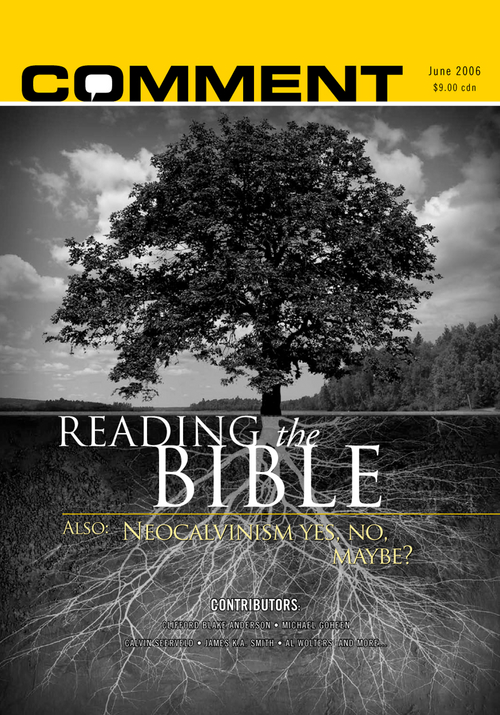 Both its teachings and its historical record leave us little choice but to embrace neocalvinism as the way to go when engaging culture. First off, neocalvinism is a comprehensive outlook on life and the world, a full-fledged worldview, one that is a match for every ideology that we encounter and often collide with in our daily lives. Secondly, the neocalvinist worldview equips the wide-awake Christian like no other option for being busy in God's world and witnessing to the gospel in its healing power for every human endeavour that we come across in today's complex social and cultural world.

Let's start with one of the founders of neocalvinism, Abraham Kuyper (1837-1920), pastor and newspaper editor, professor and parliamentarian, and Prime Minister of the Netherlands. He once recited these lines:

My life is ruled by but one passion,
one higher urge drives will and soul.
My breath may fail me, should I ever
allow that sacred urge to fall.
'Tis to affirm God's holy statutes
in church and state, in home and school,
despite the world's strong remonstrations,
to bless our people with His rule.
'Tis to engrave God's holy order,
heard in Creation and the Word,
upon the nation's public conscience,
till God is once again its Lord.

In the footsteps of this founding father, neocalvinists have high aims: reforming society, resisting secularism in the public square. They do this because "indoors" they read their Bible and meditate and bow to the Lord and pray, and "outdoors" they take on all comers. Typically, they are integral Christians who serve their Lord in singleness of heart as they go about being citizens and consumers, workers and parents, teachers and farmers, and entrepreneurs and artists. They are often radical Christians who go to the root of a problem, who range principle against principle, who do not get lost in details but relate them to their guiding principles, keeping their eye on the big picture, knowing they are in it for the long haul.

To paraphrase Bennie van der Walt, a long-time student of Kuyper, Abraham Kuyper dressed his generation in Sunday suits for attending church—that first of all. But he went on to outfit them in business suits and overalls for participating in the workaday world as well-prepared, but uncompromising, Christians.

The enthusiasm of neocalvinists helps Christians to move from the heart to the issues of life, from the question, How do we get right with God?, to the question, How do we do right by God? A person's critical, individual commitment drives him out to the public square with its communal affairs. Being saved from leads naturally to what are we saved for. Neocalvinists have traditionally rolled up their sleeves and engaged life in all its rich diversity and multiple challenges. They have shown that they witness to the gospel, perform works of mercy, and, above all, promote justice. They see the Sunday worship service not as a place to hide from the world, but as a filling station to "tank up" for life in the world.

What we are saved for

In Kuyper's own country, neocalvinism spawned non-adversarial labour unions, a nation-wide distribution of Christian day schools, an educational system where choice of school does not depend on family income, national airwaves with a panoply of non-commercial Christian media, and a constitution that gives faith-based organizations equality before the law and eligibility for public funding on a parity basis. The neocalvinist presence in Dutch society contributed to an urban life without street beggars and food banks, and to a socio-economic system based on consultation and consensus, with a minimum of industrial unrest and strikes. Today, these neocalvinists deeply mourn that The Netherlands, now, leads the world in bad laws regarding abortion, euthanasia, gay "marriage." But that is not their fault. On the contrary, one would hate to think where their country would be if it hadn't been for the combined, organized strength of neocalvinists' modifying and curbing the brazen demands of their secularist countrymen.

Neocalvinists believe that unity brings strength. Neocalvinists—whether they go by that tag or not—can be identified by their general approach to the public square. They are not activists who lobby for Christian "interests." The common good alone is worthy of their concern. They are not theocrats who seek to impose their "values" on others. The Spirit of God alone can convict people and change the direction a society is travelling. But they band together for principled and pragmatic reasons, because they are keenly aware that to do otherwise—to resist the spirit of the times as well-intentioned but lonely individuals—leaves the Christian Body hopelessly vulnerable and in retreat, of no use to the public life of their country. That is why we see them establishing their own schools, colleges, labour unions, news outlets, farmers' organizations—to face their secular rivals head-on, on their own turf, with the tools and weapons appropriate to that turf. They have long known that a church-appointed "Religion and Industry Task Force" just doesn't cut it in the rough world of industrial relations. And a "Church and Government Committee" is barely listened to in the tough world of electoral politics. Neocalvinists are not particularly strong on church unity, to put it mildly. But they are great proponents of ecumenical cooperation when it comes to Christians jointly tackling the problems of our communities and our country.

Back to Kuyper for a moment. His poem refers to "God's holy order" and "holy statutes," ordinances that can be heard "in Creation and the Word." In the original the reverse order is followed and one word is emphasized: "in the Word and in Creation." That reminds me of another invaluable trait of neocalvinism. They have a high view of the Bible: God speaks to us in the authoritative Scriptures. That is fundamental. But they also firmly believe that God speaks to us no less in the world around us—in the very structure and texture of things that make up our human lives. God's will for everyday life on earth is knowable. This confession of an accessible creational revelation, a unique emphasis in neocalvinism, encourages Christians to undertake positive things in the world. We are not limited to band-aid solutions and handing out cups of cold water, important though these acts are in a broken world with hurting people. But we are not limited to combating evil practices and counteracting unhealthy trends. Rather, Christians can offer constructive ideas and healing solutions, better ways to treat each other, and more just ways of arranging things in society.

Let's get specific. Creational revelation is not hidden. With study and discernment we are able to grow and to learn, for example, what a church needs in order to be faithful, what a state needs to be just, what a free market needs to flourish, what a workman needs to be productive, what an artist needs to be imaginative, what a student needs to learn well, what a home needs to nourish its members, and what a child needs in order to grow up mature and strong. Scripture gives guiding principles. The world can be analyzed in light of these principles.

But wait! Scripture abides, while the world is constantly changing, right? True enough. Neocalvinists recognize that homes, markets, farms, children, artists, workmen, churches, states, and students—all of them—change their cultural shapes over time. They also believe, in line with neocalvinist philosophers like Dooyeweerd and Vollenhoven, that at their core these cultural entities remain the same, with the same purpose for which they were created, and with the same needs for a healthy development. That is why Scripturally guided reformatory work is possible and desirable in any age. A mass of neocalvinist literature is there to inspire us.

Finally, unlike the vast majority of their evangelical brothers and sisters in North America, neocalvinists distrust single-issue campaigns that ignore wider needs. They insist on overall strategies based on a deeply spiritual concern for fallen humanity and a structural critique of our sin-ridden society. At the same time they respect the uniqueness of each zone of life and they sound the alarm when one zone threatens to lord it over another. Let each zone be "sovereign" in its own sphere. Therefore, no industry-sponsored academic research, no market-driven media, no government-controlled businesses, and no church-run recreational facilities. The diversity of Creation must be respected, out of respect for the Creator.

I hear an increasing number of references these days to "God's original plan for humanity" and "the original purpose of the things that shape our lives, individually and communally." Well, neocalvinism has guided people with that orientation for years. Canadian neocalvinists have been active at the forefront of public life for more than half a century, showing what that orientation means. Only their small numbers prevented them from making a bigger splash. Other Christians should join them to increase a Christian witness in the North American public square. 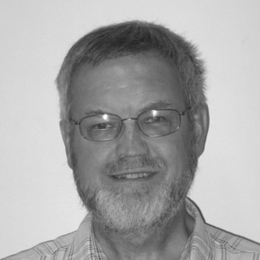 Harry Van Dyke is Professor Emeritus in History at Redeemer University College in Ancaster, Ontario, and Director of the Dooyeweerd Centre for Christian Philosophy.