Magellan Roadmate, Navigon 2100, Garmin StreetPilot, Mio Moov. These products promise to transform us into Renaissance explorers, approaching some New World across the azure Pacific. But what then happens to the rhapsodic road trip, to the slower pace, to discovery?

Perhaps you, too, are getting through your busy school year or demanding job by daydreaming—at least from time to time—about a vacation looming ahead this summer. The change of schedule and scenery seem to call out to you personally. They usher you welcomingly through the calendar and the cold. Maybe a few of you will be lucky enough for a spring-break adventure—the sooner the better, by this time of the year.

As for me? Well, a new spring and Chicago's gradual thawing make me as keen as the next person to hit the road, board that train or line up impatiently at the gate at O'Hare.

Travel, like spring, promises things renewed and new vistas—visits with old friends, the gift of witnessing fresh places and maybe, if we're lucky, the occasional traveler's epiphany, which delivers us to a point of clarity or a place of wisdom that is simply impossible with the close-up, lived-in view of the local.

With this last point in mind, I'm still thinking about a trip from a few seasons ago, when I first tried out GPS. Maybe others like me, chronic late-bloomers with technology, had similar experiences within the past year, driven by midsummer sun or holiday traditions to someplace far away. Maybe you finally acquiesced and used the GPS. Or maybe not—we late-bloomers tend to be resistant. Even if you won't be buying a GPS system this year, there's now one easy place to encounter global-positioning products: the car-rental counter. Allow me to drive and tell.

My family and I were visiting Southern California for a friend's December wedding. We landed in San Diego and trudged—by foot, moving walkway and shuttle—to the Hertz lot. The mild air and palm trees lifted our weariness from us, until I learned that our free Triple-A upgrade had fallen through, leaving us to face the I-5 and 805 freeways in a Ford Geo. I hadn't imagined this vehicle when Randy Newman's sunny anthem "I Love LA" danced in my head, back in snowy Chicago.

To appease us, the agent offered GPS at no charge. Hmm. Why not? She held out what looked like a laptop battery pack, with buttons. This one was comparatively simple and stupid-proof, but it still intimidated me. I took it awkwardly, as a Mennonite might take hold of a handgun. She may as well have handed me a flux capacitor.

"Have you used one of these before?" the agent asked.

"Uhm, no." My embarrassment made me realize how common GPS has become. In a recent cartoon, entitled "GPS Satellites Gone Bad," a system asks a downtrodden male driver, "Why don't you stop and ask for directions?" Of course the virtues of GPS must be familiar enough for the joke to work.

"It's really simple," she said with a smile. "Just follow the directions." Sure. After we activated the GPS, I had to figure out how to read—or view?—the display. Did the bright red arrow mean take an immediate left at this row of rental cars? Or must I first exit the lot, onto a formal roadway? I soon adapted to the scale and coverage. One eventually learns that nothing is off the satellite grid, neither driver error nor sovereignty. GPS disdains hunches.

But these were later thoughts, not present as I glimpsed the shadowy masts along San Diego's moonlit bay. We reacted to the LCD-lit map as if it were kryptonite aglow on the dashboard. A female GPS voice calmly directed us with a British accent, taking us ably downtown to Highway 8. I nodded approvingly, as if that map-box, in her prim way, had just shown me how to make fire.

My kids quickly humanized the voice: Lola, it or she became, and soon they asked, "Dad, what does Lola say now?" or "You're not ignoring Lola, are you?" It was sort of humiliating. Also, transparent directions—"Stay to the left," say—required complex inference, translation from English into English. Doing so in six lanes of traffic is distracting. Does "stay to the left" mean exit on the left? Or don't take the next exit, dummy? "Stay to the left," Lola kept saying.

I didn't remember a left exit in La Mesa, where we were staying, but I guess I trusted Lola. So I stayed far to the left. Lola then commanded me to take the next exit, now, at Grossmont Boulevard. The exit was on the right. We made it, barely, but I'd have to learn to navigate the navigator.

Despite this learning curve, I came to think of Lola as the latest, glorious version of those spectacular maps lately displayed back home, in Chicago's Newberry Library and Adler Planetarium. Many were lavish prints from the Geography of Claudius Ptolemy, second-century Greek and unsuspecting granddaddy of GPS, and of Lola too.

The next day we drove to Newport Beach without incident. Yet I found the trip disenchanting. I couldn't shake a troubling impression of handholding. I had handed over the travel experience, if not the keys, to Lola. California, which I longed to see again and re-experience after several years away, became a series of directions to follow, as if I were assembling an IKEA bunk bed. I was happy to have reached Newport, but not happy to have driven there in this compliant, mediated way.

Garrison Keillor recently imagined a drive from Minnesota to Los Angeles "for no good reason," with "that Living Map" in his car with him. He is evoking the sense of recklessness and freedom that GPS makers wish to appropriate for their products. Consider the brand names: Magellan Roadmate, Navigon 2100, Garmin StreetPilot, Mio Moov. If you need a "Personal Travel Assistant," you must be a pretty exciting traveler, right? You are up there with Bruce Chatwin or Paul Theroux, or at least with Keillor's tweedier version of them. These products promise to transform us into Renaissance explorers, approaching some New World across the azure Pacific. There's a further hint of the intergalactic and omniscient in other brands (Nextar, Omnitech), while one, the Tom Tom, conjures primitive hunting, or perhaps the older fortitude of Lewis and Clark.

I must gently disagree with Keillor's vision. Satellite-guided coordination brings to mind certain endeavours—for instance, a smart-missile strike of enemy locations. However, it doesn't fit so well when imagining a rhapsodic solo road trip, made deep into the night across the northern plains. Instead, here's one honest brand name, better suited to that anxious, practical part of us that needs GPS—Day Tripper.

I wanted something more. As we returned to San Diego (the wedding was beautiful, by the way), I knew Lola had to go. Our family had bigger plans—some not even known yet—for this Sunday afternoon, the last in the warm sun till spring came again to Chicago. We wandered southward to revisit a few vaguely familiar places, discover new ones.

What a great relief to drive "commando," as it were! It was mid-afternoon, but it felt like a night with no curfew. Soon I exited I-5 and took us through La Jolla, with its tony shops and stunning cliff views, and on to Pacific Beach. Armed with an old-fashioned atlas, quietest of resources, I suddenly felt closer to my family, more responsible to and for them. We travelers were making our way. Together we would make it to wherever we were going. 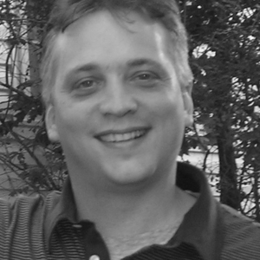 May 30 th 2012 by Milton Friesen and Michelle Friesen

A .364 batting average and the wrong colour skin