I get it. I know what it's like to live in the shadow of New York City. When I was growing up in New Jersey, we resented the fact that a certain football team playing at the Meadowlands was called the "New York" Giants. Even now, I work in Albany, New York (a.k.a. Smallbany). Though the area boasts many good colleges in the area, the brightest graduates often seek the better-paying jobs down in "the City."

And don't even get me started on how hard it is to draw talent into the non-profit world. We're the "third sector"—as in, after public and private. How can a small nonprofit possibly compete with the benefits of a state job or the salary of a multi-national corporation?

So this week I picked up some reminders for struggling ministries, nonprofits, and businesses who are seeking to put together dynamic teams as I watched the movie Moneyball, based on journalist Michael Lewis's book about Billy Beane, the general manager for baseball's Oakland A's. He finds himself defeated as he manages a small-budget team in the big world of Major League (read "New York Yankees") Baseball. Brad Pitt brilliantly portrays the emotionally conflicted and often socially detached Billy. After losing the American League Championship to the Yankees, his team is "gutted" of all its best players. He is left to rebuild with less than one-fifth of the payroll of the large market teams.

In his search for players he can't afford, Billy meets Peter Brand (played by Jonah Hill), a Yale graduate who studied economics. Peter loves baseball, but engages it geekily, using principles from a statistical analysis book written by William James. He tells Billy that the current method of scouting is "medieval" and shows him a different way to think: He urges Billy to stop trying to "buy players." Instead, Peter says, Billy should "buy games"—which means he must "buy runs." So, he should replace All-Star Jason Giambi with three lesser players who together will garner just as many runs for far less money. It's even okay if they regularly get walked. He just needs people who can consistently get on base.

Which Statistics? What Do They Mean?

At first glance, the movie is about the triumph of statistics over well-worn intuition—but that's not what's going on here. Baseball has always been a statistically driven game. Many years before Beane's story actually took place, my best friend in grade school was the penultimate Yankees fan who would memorize volumes of statistics about each player and team. I vividly recall him telling me about the strategy of using the statistics of each player to determine batting order.

In Moneyball, the big shift here is about which statistics are being used, how the statistics are interpreted, and when they are applied. When we interpret information, we've got to frame it properly—in other words, it's all about how you ask the question. This movie is framed by two key drivers for Billy: What's the problem? And what's the point?

Billy identifies the core problem as this: there are rich teams and poor teams . . . then a layer of (censored language) . . . and then there's the A's. The problem is money, since money buys talent. By the end of the story, he knows Peter's solution works, and furthermore, his point has been transformed: he doesn't just want to win—he wants to change the way the game is played.

Beane also asks the right questions when he meets Peter: Who are you? What do you do? What happened in there? Why do you like that player? He wants to where understand Peter's way of thinking comes from, and even more, he is getting to know someone who will soon become his closest advisor, assistant, and friend.

Even then, it isn't enough for Billy to have a better way to choose who works for him—whether a ball player or a genius assistant. He must now build a better team. With scouts and coaches still in opposition, Billy and Peter mentor anyone who will listen. One by one, they teach the others how to use their best skills rather than focusing on their weaknesses. In fact, the players even begin to teach each other.

In theory, we know that building a good team, one that works together, in which each member's strengths and weaknesses complement the others, is the best way to operate any ministry, business, or other organization. So why are we always surprised that it's not about hiring (or being) the All-Star? Even Jesus selected a team of imperfect people, knowing more would be accomplished that way. The harder any of them tried to be the All-Star, the more likely they were to fail. They needed each other.

I have often chastised overly zealous leaders on the edge of burnout because they set about trying to carry a mission on their own, or at best, by mentoring dozens of people. I simply remark, "Jesus took time to rest and pray. Jesus invested in only twelve disciples. What makes you better?"

Billy and Peter found that by focusing on how to build a complementary team instead of hiring the perfect candidate or doing all the work themselves, they could build a better team with a lower budget. So why do we assume we need a bigger budget when we follow a teacher who fed 5,000 men (plus many more women and children) with five loaves and two fish? Even this offering did not come from a disciple, but a small boy who offered what he had in faith. He had just come to humbly hear Jesus say things like "Blessed are the poor in spirit, for theirs is the kingdom of heaven."

Christians who build and lead teams must understand the power of "God With Us" and the natural synergies that exist in His Kingdom community: Humble questions over confident answers; diverse relationships over singular ability; consistent faithfulness over occasional brilliance.

So somehow we need to hire "smarter" by asking the right questions and looking at the right statistics—but of course, there are many questions for which we cannot know the answers. Resumes, portfolios, and interviews all give glimpses about who sits before us. From there, every office has its own metrics and "gut feelings" about whom to hire.

But as Moneyball shows, the key is recognizing what it takes to consistently "get on base." I don't want to hire someone whose resume shows a new job every few months with no specific accomplishments. The portfolio won't impress me if there are only three good pieces out of twelve and another three that should never have been shown to me at all. And the interview question that tells me the most about the character of a potential employee is this: What do you do when you drop the ball?

The most common answer is this: I have never dropped the ball. But this doesn't help me know how your weaknesses are going to contribute to the overall team dynamic, or if you're a good fit for this team. In fact, to me, this means either you are not telling me the truth or you have never attempted anything worth my attention. What I want to know is how much do you really care about the results; how hard will you really try in the face of potential failure; and to what lengths will you really go to make things right again—every time!

Once the goal is identified, everyone needs to be committed to its successful completion—the team needs to go there together. Honest questions, patient teaching, and relational commitment will move any organization at least a step in the right direction. But other steps are important, too. Once in a while someone may have to be let go, even a skilled worker, if the team dynamic is disturbed. The pieces need to fit in a way that's bigger than the whole they represent. If one person chooses to resist progress, everything will come to a screeching halt.

And sometimes—even on the best teams—individuals slowly become isolated from one another by the urgent tasks of the moment. Good teams know how to take a moment and close ranks in the middle of a crisis, refocusing efforts until they're back on track.

For business and ministry leaders, Moneyball is about more than baseball—it's a helpful reminder of the four questions they need to be asking: Do we understand the problem? Do we get the point? Do we have the right people to consistently get on base? Are we performing like a team? It is always more important to spend time building on strengths than expecting weaknesses to disappear. Hiring and managing a diverse set of people will eventually cover individual limitations, and nurturing each person in what they do best will increase confidence and raise the standard of excellence for everyone. 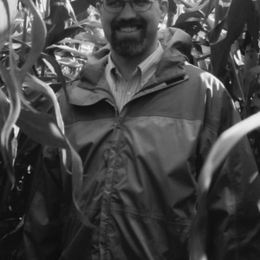 Editorial: A question of significance

It's time to get past the stigmas of "business".