Of a Number of Things: Sovereignty versus Pluriformity

Among the courses I most enjoy teaching at Redeemer University College are two history of political theory courses... This course features a grand total of one visual aid, a diagram placing the several modern political theorists along two parallel lines, one of which is labelled sovereignty and the second pluriformity.
by David T. Koyzis

Among the courses I most enjoy teaching at Redeemer University College are two history of political theory courses, the latter of which, as I write, is in its final weeks. The first semester covers the ancient and medieval era, in which the students read and discuss the writings of Plato, Aristotle, Augustine, and Thomas Aquinas. The second semester covers the centuries from Machiavelli to Marx, with generous attention given to Thomas Hobbes and Jean-Jacques Rousseau, who are pivotal figures in the modern period.

This course features a grand total of one visual aid, a diagram placing the several modern political theorists along two parallel lines, one of which is labelled sovereignty and the second pluriformity. The first line represents the mainstream of the modern era and includes the likes of Machiavelli, Jean Bodin, Hobbes, Rousseau, and Marx.

The second contains what I would describe as modernity's dissidents, including Martin Luther, John Calvin, Johannes Althusius, and, ultimately, the great Dutch statesman and polymath, Abraham Kuyper. What I urge my students to notice about these two lists is the preponderance of Christian believers in the latter. If we were to extend the line into the twentieth century, we would see the likes of Jacques Maritain (1882-1973), Yves R. Simon (1903-1961), Emil Brunner (1889-1966), and Herman Dooyeweerd (1894-1977)-all Christians of some sort-as more recent dissidents.

Why is this? Is there a necessary connection between belief in God and the affirmation of what I would call the pluriformity of creation? I believe there is.

As I noted in last month's column, there is a tendency for scientists and philosophers in the grip of a nontheistic worldview to seek the basic principle or building block of everything. Thus so much of the discipline of physics, led by a reductionist worldview, is preoccupied with the search for the smallest component particle of matter. Within the social sciences, a similar disposition can be found. For those studying, say, sociology, psychology, or political science, the desire to reduce the complexity of human motivations has a near religious fervour attached to it. Part of the allure of Marx and his latter-day disciples is their absolute confidence that they have found the key-and a very simple one at that-to comprehending an entire array of human phenomena. Thus if there is a general popular belief that political authorities preside impartially over the variety of interests within their jurisdiction, the Marxist claims to know better. In fact, the Marxist argues, the state is nothing but the organized instrument of class oppression, fated at the very least to lose its political character, and perhaps even to wither away, once the all-determinative class struggle has run its course.

Indeed, the attractiveness of the entire modern project consists in its quest for something within God's world that would be an adequate substitute for God himself. For if we can dispense with God, then perhaps we will have a free hand in fulfilling our desires, whatever they might be. Dostoevsky's literary character, Ivan Karamazov, sums up this project in a single sentence: If there is no God, everything is permitted. Hobbes asserts that man is a creature of restless desires and that felicity consists of nothing more than the continual fulfilment of those desires. The problem, of course, is that if all people were left free to pursue their desires, chaos would ensue in short order. This is where sovereignty comes in.

Sovereignty means the last word, the final say, the ultimate authority. It means not having to answer to someone or something else higher than oneself. According to Hobbes' version of sovereignty, it must reside in a single will possessing sufficient power to make its determination stick. If the sovereign, whether this be an absolute monarch or a small executive body easily able to reach consensus, decides that one plus one must equal three, then it is so-at least for everyone subject to it. Tellingly, Hobbes calls his sovereign a "mortal god," indicating thereby the quasi-divine powers he attributes to it. This god decides what is good and evil, just and unjust. Moreover, much as the ways of God are ultimately inscrutable, the ways of Hobbes' mortal god cannot even be questioned. He is precisely sovereign, the final authority above which there can be no other.

Nowadays, of course, we do not like absolute monarchies. Few of us would wish to live under a Hobbesian sovereign whose power is not subject to ethical or legal limits. The danger of tyranny is simply too great. But that doesn't mean sovereignty has gone away or fallen out of favour. Rather, it has been reassigned. In recent centuries, the concept has been attributed to the state itself, or perhaps to the democratic people within it. Sometimes it has been taken to mean nothing more than formal legal independence or, following Kuyper, authoritative competence within its own sphere, if assigned to family, church institution, or school. (Truth to tell, I wish Kuyper had chosen a different term!) If sovereignty is understood in either of these senses, it is fairly innocuous. However, there is often more to it than this.

For the past four decades, there has been a sovereigntist movement in QuÃ©bec whose supporters have sought some degree of political independence from the remainder of Canada. Two political parties, one provincial and another federal, are built on this vision. In and of itself, there is no intrinsic evil in the breakup of an existing state, if its continued unity is an obvious obstacle to the doing of justice. Yet the rhetoric of the sovereigntist movement in QuÃ©bec has continually asserted the untrammelled nature of the popular will expressed in a hypothetical referendum on sovereignty. Should the people of that province vote in favour of leaving Canada, then there is simply nothing anyone else can do about it. Negotiations over dividing the national debt, federal government assets, and so forth are simply beside the point as far as sovereigntists are concerned. The people have spoken. Their will must not be denied. This vision of sovereignty goes beyond mere independence. Near redemptive qualities have come to be attached to it.

So what is the alternative? Quite simply, a recognition of societal pluriformity. To be sure, this is not the end of the story. In fact, it's only the beginning. But coming at it in this fashion allows us to experience fully the story in all its richness, as well as to do justice within the political realm. Indeed, those who believe in God are more likely than nonbelievers to affirm this pluriformity. Because they believe that God is creator of the cosmos, they are freed from the necessity of seeking a central focal point for the universe in a humanly chosen axiom or entity. In principle, this means that believers should be less likely to fall for one of the monistic ideologies promising the world to those willing to accept their simplistic formulas and slogans. (I say in principle because, sad to say, believers, who ought to know better, do fall for the ideologies, often out of a sense of a divided ultimate allegiance.)

I myself have found two Christian traditions especially helpful for understanding this pluriformity, Roman Catholicism and reformed Christianity. So compelling have I found these that I wrote a dissertation at the University of Notre Dame on this subject, comparing the political theories of Yves R. Simon, a neo-Thomist in the tradition of Pope Leo XIII and Jacques Maritain, and Herman Dooyeweerd, Kuyper's more systematic heir apparent, especially with respect to their understandings of the two principles of subsidiarity and sphere sovereignty. The conviction remained with me as I wrote my recently published Political Visions and Illusions (Downers Grove, IL: InterVarsity Press, 2003), which features these two traditions as plausible alternatives to liberalism, conservatism, nationalism, democratism, and socialism.

But one need hardly limit oneself to these two interpretations of the gospel's implications for the larger culture and society. Believers across the spectrum of denominations within the body of Christ have long held to a firm faith, coupled with a calm recognition that this world belongs to God, who is sovereign over the multiplicity, not only of plant and animal species and other natural phenomena, but also of human communities and associations. 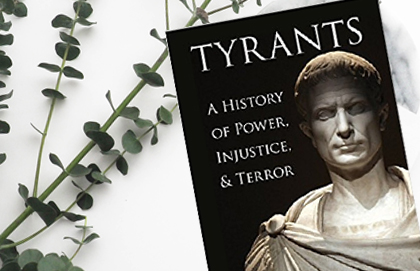 Democracy and tyranny have a codependent relationship