On Dallas and Dillon

We're not guaranteed any solution to the NFL's real-life drama. But the scripted television series Friday Night Lights tends to resolve its challenges in good time.

This Sunday is the biggest non-religious holiday of the year: the NFL season that began way back in September, when the ground was still green and the air still balmy, will reach its zenith in Dallas, Texas at Super Bowl XLV.

A few hours' drive from Dallas—according to some sketchy geography—sits little Dillon, Texas. The actual location of Dillon is hazy because Dillon doesn't really exist, except in the world of Friday Night Lights (FNL), the acclaimed television series that will close its fifth and final season three days after the Super Bowl.

Viewers of both the fictional TV show and the real-life NFL crave the belief that the good and right will persevere in the end. But real life rarely delivers what we want, so we love watching good fictional characters triumph where our earthbound heroes fail. And fail they have, and fail they will. In the NFL this season, the off-field, real-life action has often overshadowed what happens between the sidelines—not until the Packers and the Steelers take the field will it will finally be all about the game itself. In just the last six months, a sure-fire Hall of Fame quarterback with major marketing campaigns built around his good ol' boy image revealed himself to be a technologically capable cad; football's inherent violence came under fierce scrutiny as concussions and neck injuries continue to cripple and incapacitate players long after their playing days are over; and owners and players alike are bracing for a possible labour lockout in the near future, threatening to shut the game down until a solution is found.

We're not guaranteed any solution to the NFL's real-life drama. But a scripted television series has an omniscient team of writers with a plan in mind, so the beloved characters tend to resolve their challenges in good time. In Dillon, the playing field is also the great equalizer, where the character-players work out the ups and downs of small-town Texas life, ten yards at a time.

While any show focused on teenaged characters can spiral toward melodrama, when compared to this past NFL season, FNL is as sedate as announcer Joe Buck's voice. The show's moral centre and the catalyst for the redemption of falling and tempted players is head coach Eric Taylor (Kyle Chandler) and his wife Tami (Connie Britton). Chandler and Britton have the ease and comfort of an actual married couple, and so when players, boosters, and high school students need counsel, their groundedness makes them the most obvious place to look.

When characters struggle with self-confidence, a non-existent family life, or the temptations of Dillon's seedy underbelly, they reach out to Coach Taylor, and with a little crinkling of his piercing eyes and a good word, the world of Dillon is right back where it should be. The moral certitude embodied by the Taylors isn't preachy, and this keeps the storylines from tipping into After-School Special territory.

Furthermore, while it's fictional, the show's realism always startles me. As a Texan, I see the little details that go beyond the accents and pickup trucks: the brand of ice cream and the glad-handing former football player-turned-car dealer are both familiar, and make Dillon seem less fictional—especially given the documentary-style camera work and expert casting.

In the NFL—in real life—stories often play out without clear heroes or villains, with decisions that aren't as black and white as someone like Coach Taylor would like. Players suit up in pursuit of multi-million dollar contracts, carefully craft their public personas to maximize endorsement potential, and then hurtle themselves recklessly on the field to further these ends. The lavish lifestyles and high-profile crimes are, like any other celebrity culture, distant and unrelatable. The stakes of playing well versus playing poorly, in the Pro Bowl or on the practice squad, are a matter of inches, pounds, and pressure.

Roger Goodell, the current NFL commissioner, is the ostensible CEO of the league, but even he is beholden to corporate sponsors, the team owners, and the television networks that air the games. He's less of a moral compass than a moral tea kettle: only when an issue reaches a boiling point does he begin to make noise.

Yet the Super Bowl looms, so the NFL is anxious to put on a happy face. Work stoppage? We'll figure it out. Pandemic head injuries? We're fining dangerous players. Now have a seat, and at least watch the commercials. And because it's the finest football in the world, because even the best college teams couldn't take on the worst NFL team, we'll watch it. And enjoy it. And eat nachos. But outside the two cities whose teams are represented, it will be mostly sterile, devoid of characters we care about. We'll spend more time dissecting the commercials the next day than the game itself.

On February 9, the final episode of Friday Night Lights will air. It won't have the victory lap that shows like Lost got when their time expired. It certainly won't have a halftime show. But when Eric Taylor takes off his East Dillon Lions hat for the last time, the football world—the fictional one, and the one that only feels like fiction—will have lost one of its finest characters. Both television and football have their seasons, and better that the Taylors and Dillon conclude theirs not with a lockout, but with the same clear eyes and full hearts.

Both shows in Dallas and Dillon have their roots in the same place and the same game. Both seasons end this week. Yet Dillon stands taller than Dallas by giving us characters we can emulate, not just people to envy and groan about. And that makes it worth tuning in—for more than just the commercials. 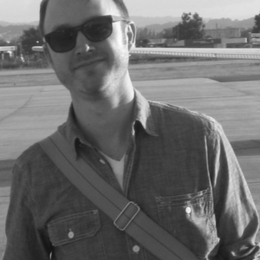 Rob Hays is a freelance writer and ranter from Houston, Texas. His work has appeared in Houstonist, CultureMap, Curator Magazine, the Houston Chronicle, and an array of blogs for desperate fans of the Houston Astros. His wife is significantly more well-rounded than he is. He's known to wear bow ties, but it's not his "thing".