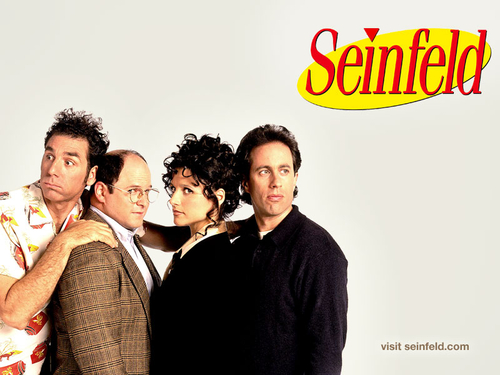 Jokes: a sophisticated form of border patrol and, in parody especially, correction.

I usually recommend Simon Critchley's entry in Routledge's "Thinking in Action" series, On Humour, to anyone wanting to know why comic forms are ubiquitous in American culture. Like Critchley, I believe comedy plays a vital role in shaping how we think about ourselves and the world in which we live. Although it's a slim 111 pages, it's a great jumping off point to other primary and secondary texts in a field that has received too little consideration by philosophers and academics. In this essay I'm going to pay particular attention to the public function of satire and parody, which are elements of the comic as a whole, but readers seeking a broader treatment should order Critchley's book.

In the introduction to On Humour, Critchley presents a dichotomy that he will revisit again and again throughout the book: "There has to be a sort of tacit consensus or implicit shared understanding as to what constitutes joking 'for us' [. . .] In order for the incongruity of the joke to be seen as such, there has to be a congruence between joke structure and social structure—no social congruity, no comic incongruity. When this implicit congruence or tacit contract is missing, then laughter will probably not result" (4). The dichotomy is between the joke, which is "wrong," and the social structure, which is "right." The wrong implies the right, creates consensus behind it.

This might be terribly hard to understand for some readers, and I apologize. Let's put it this way: a joke's power comes from some real context shared by its teller and receivers. If there's no real context, there's no joke. A joke identifies and confirms, and often corrects, that real context. Henri Bergson, a French modernist philosopher whose Le Rire (1900) is arguably the most profound and exhaustive work on comedy in the past 200 years, refers to this real context as our "life in common." One important way we know that we're living life in common is that we laugh at the same things. We also recognize error together. The joke itself, the thing that causes laughter, is incongruous, but its very existence suggests deeper congruity and agreement.

In her book Implicit Meanings (1975), sociologist Mary Douglas explains jokes in terms of "anti-ritual." Every society has rites; Critchley defines a rite as "a symbolic act that derives its meaning from a cluster of socially legitimated symbols, such as a funeral" (5). We tend to agree on how our rites work. We have to, or there's chaos. We are also aware of them as being rule-governed, even if the rules aren't articulated. There is a social policy for behaving a certain way in line at a grocery store, and there is a social policy for how to behave onboard an airplane. From 1989 to 1998 the TV show "Seinfeld" successfully teased out these sort of policies, or rituals, in the lives of four fictional people who have trouble following them. In an episode titled "The Airport," the policy for how to behave on an airplane is both presented and parodied, exaggerated for the effect of recognition. The problem of first class versus coach comes into special focus. ("Did you see all the flowers in that bathroom? It's like an English garden in there . . . I thought I smelled lilac," says Jerry, of the lavatory in first class.) In an episode titled "The Chinese Restaurant" the same effect is created. Nine seasons of "Seinfeld" have examined the rules about romantic relationships, job interviews, locker rooms, even the way we relate to socially unacceptable people:

Elaine: When I see freaks in the street, I never, ever stare at them, and yet I'm careful not to look away, see, because I want to make the freaks feel comfortable.

Jerry: That's nice for the freaks. ("The Lip Reader")

Elaine's policy is recognizable, her frank way of articulating it refreshing; it calls attention to who we are as a socially-united group of people. Jerry's response suggests the folly of such a policy while not denying its validity. Our laughter at Seinfeld is one of recognition, relief, and surprise. Jokes are the "anti-ritual" that only work in the context of real ritual. They're a sophisticated form of border patrol and, in parody especially, correction.

Critchley expands this line of thinking and applies it to political satire in his sixth chapter, "The Joke's on All of Us—Humour as Sensus Communis." Noting that the rise of public wit has paralleled the rise of the "democratic public sphere in places like Britain in the eighteenth century" (84), Critchley argues for satire's importance as a corrective of larger-scale societal errors, a restorer of common sense.

But another comedy theorist, Andrew Stott, looks more deeply into humor's importance to public life. In "Politics," the fifth chapter of his book Comedy (also from Routledge and also recommended), Stott explores the special role humor plays in helping us identify and correct problems in the public sphere. He is more aggressive than Critchley, suggesting a "direct connection between the freedom to laugh and the right to live freely" (104). Stott quotes John Morreall, another humor philosopher, as saying "The person with a sense of humor can never be fully dominated, even by a government which imprisons him, for his ability to laugh at what is incongruous in the political situation will put him above it to some extent, and will preserve a measure of freedom—if not of movement, at least of thought." The person with a sense of humor will always be capable of seeing longer, deeper, taller, wider than the person who is self-serious, intent on accomplishing a singular, even heroic goal. The latter keeps his head down while the former pauses to reflect on the existential absurdity—and possibly the wrong-headedness—of the latter's persistence. In Bergson's philosophy this translates to the difference between tragic and comic, the difference between action and what he calls "gesture." Both modes are crucial to the survival of our civilization.

For Christians the comic has always been troublesome. Perhaps this is due to verses in scripture such as Ecclesiastes 7:6—"Like the crackling of thorns under the pot, / so is the laughter of fools"—and biblical warnings against coarse jesting. Surely it is also due, at least in recent centuries and in the West, to the austerity of our Puritan heritage, in which sobriety is valued over giddiness, authority over subversion. And although respect for elders and giving Caesar his due are a core ethics of the Judeo-Christian faith, subversive activity is not inherently sinful, we can be certain, because we have the example of Jesus upsetting the teachers of the law and the tables in the temple. Jesus' parables are not jokes, but for all their simplicity they are infuriatingly difficult for the social status quo to understand. They might be compared to Andy Kaufman's brand of comic-performance art, not exactly designed not for popular consumption but deeply unsettling and impossible to forget.

In Redeeming Laughter (a third recommended resource, and one of the few explicitly Christian treatments of the subject), Peter Berger cites Northrup Frye's definition of satire as "militant irony," adds that it is inherently malicious even if high-principled, and concludes that it is "epistemologically neutral. Its rhetorical power does not necessarily mean that its portrayal of reality is accurate" (172). The entire chapter, "The Comic as Weapon," is worth reading. "Aggressive intent" (157) mandates a degree of caution for the Christian satirist and audience alike.

We laugh or are amused by Saturday Night Live's portrayal of Bill Clinton hemming and hawing during his grand jury testimony, and indeed the real Bill Clinton's caveat, "It depends on what the meaning of the word 'is' is," is primed for satiric attack. The comic portrayal is important and even valuable, because it helps viewers regard the folly of Clinton's testimony as real folly and then, in future presidents and future testimonies, to hopefully correct that kind of verbal clumsiness, not to mention the behavior that predicated it. But the satire is ruthless, aimed not at restoring or renewing Bill Clinton in grace, but in pulling down his pants in front of a laughing audience. It must be, or it is not satire, according to Berger.

So satire, like comedy, is valuable in this earthly realm, among fallen humans, inasmuch as it calls attention to error and opens a path for correcting it. It is dangerous, though, because of its status as a weapon of destruction and nothing more. Calling attention to foolishness or lampooning that which is lampoonable are important functions of literature and art. It's one of our social checking mechanisms. But for Christians it's important to know that satire functions as an anti-rite, relies on shared values, so it's equally vital that we double back and identify the positive source of the satire we appreciate. It's even more important than patrolling comedy for its offensive content, a practice that results from a superficial kind of ethics.

On March 17, 2009, Jon Stewart called down CNN for its reporters' tendency to conclude reports with phrases like "we're going to have to leave it there, we're out of time," and in doing so rained bleeped out f-bombs on his viewers. I have discussed this memorable episode of the "Daily Show" with Christians who were offended by it, but the f-bombs ought not be the central concern of any thinking person hoping to understand what was going on in that broadcast. Stewart's satiric attack depended on a social conviction we share, or think we share, that journalism ought to be rigorously fact-checked. Do we really believe that? Stewart's way of presenting the question is divisive if entertaining. It is also effective. CNN responded to that broadcast and has responded to other Stewart attacks. CNN, one would hope, will make itself more satire-proof as a result. At the very least the viewers' consciousness has been raised.

Probably best to conclude that Peter Berger is right that satire is "epistemologically neutral" and then extend that observation to comedy as a whole. It's a mode with which humans are familiar and of which they are fond. It helps us know who we are as a race, and according to philosophers from Aristotle to Calvin to Emerson, that is a function of paramount importance. 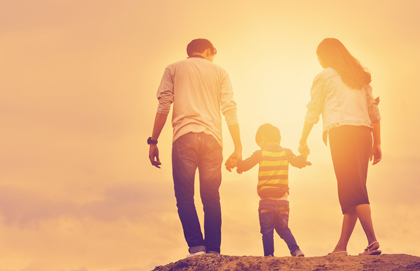 Whoever Welcomes this Child