The contemporary obsession with "street style"—as embodied in blogs such as The Sartorialist and Garance Dore—reveals not just a changing perception of clothing, but also a shift in the way we see ourselves and the purpose of public places.

Fashion historians have always accepted that real style comes from the street. Street style is the most authentic, the most genuine, revealing the ensembles that people really wear, instead of what appears on the runway or in an haute couture collection. It's often been said that designers themselves scope out the street for inspiration—completing a fashion cycle where garments are inspired by the street, created for the elites, and finally trickled down to the masses.

Interest in street style is reaching a sort of fever pitch. The recent film Bill Cunningham, New York—a documentary that tells the story of The New York Times' bicycle-riding street style photographer—opened to rave reviews and much fanfare in New York City. Yale University just sponsored a conference called "The Urban Catwalk"—an examination of street style from a variety of academic and fashion perspectives. And The Sartorialist (and his French companion Garance Dore) continues to inspire imitators all over the blog-o-sphere.

This obsessive interest in street style may be more than a passing trend. It indicates not just a shift in our definition of style, but points to a broader truth: the way we define ourselves is changing. We often say that we express ourselves through our clothing. And cultural attitudes towards fashion—a major component of Western consumerism—often reflect our most closely-held beliefs about ourselves.

As we grow increasingly interested in street style, our ideas about the purpose of public spaces, such as the street, change too—they now become places in which we define ourselves, and that definition takes place, at least in part, through fashion. Instead of defining ourselves by our relationships and vocations, we now "perform" our identity through the choices we make about how we'll present ourselves—including what we wear in public.

It hasn't always been this way. Documentarian photographers August Sander and Mike Disfarmer were famous for capturing individuals in their work uniforms against the backdrop of their places of employment—the butcher, the baker, the candlestick-maker. They inspired designers such as Yohji Yamamoto and many others. Their haunting images show individuals engaged in work: people whose entire identities were bound up in the jobs they had to do.

Interestingly, many have compared Scott Schuman of The Sartorialist to August Sander. But in contrast to Sander, Schuman photographs people on the street, where they are completely divorced from any social or economic context. They seem to have no background or job. They are neither here nor there, but somewhere in-between—somewhere "on the way."

Furthermore, they are photographed against the amorphous urban landscape. And even though Schuman locates and labels his images as "Milan," "Paris," or "New York," they may as well be anywhere. There are no defining features that really distinguish any of his subjects. They are basically universal symbols of style.

In Walter Benjamin's Arcades Project, the "flaneur" was the perfect harbinger of modernity, the "urban wanderer" who was everywhere and nowhere. His identity was a public performance. The flaneur listlessly wandered through the city with no destination, no purpose—loafing, lounging, loitering, gazing and preening for the gaze. This urban experience may reveal a deeper kind of existential wandering: traveling through life with no compass, no guide, no destination.

The street photographer and his subject are both mutually-reinforcing flaneurs. To even find the world "picturesque" (as Susan Sontag has said of the flaneur), one must have the freedom and leisure of a life detached from work and duty. A person who scurries from location to location, enmeshed in the narrative of his life, is never in a position to simply observe and appreciate the marvels and fashions of the city—life and work demands that he "get on with it."

Georg Simmel, the prescient sociologist of the early 1900s, stated in his essay "Metropolis and Mental Life" that the "the deepest problems of modern life derive from the claim of the individual to preserve the autonomy and individuality of his existence in the face of overwhelming social forces, of historical heritage, of external culture, and of the technique of life." Separating ourselves from our contexts deprives us of meaning.

As the idea of a socially-constructed self becomes more and more commonplace (in contrast to the Romantic or Christian versions, in which a self possesses a distinctive soul with eternal longings), places and spaces of "performance"—where we go to see and be seen—have become increasingly significant. We postmoderns exist in "pointillistic time," as sociologist Zygmunt Bauman has put it. We are disconnected not only from our own past and future, but from those around us who would tie us to our own story. When we shape our identities in public, everything we do defines us. So then we also start to see the street—and the public places in which we spend our time with others—primarily as places to shape our own identities, not places where a collective narrative within which we are embedded is shaped.

By contrast, the Romantic conception of the self is explicitly linked to the romance novel: a long, winding narrative that tells of the aching and yearning of one individual soul for another. In the throes of romance, one sees herself caught up as a character in a story, a person whose life and actions have consequences that affect those around her.

Along with love and romance, we're connected to others through work—the act of making a living or fulfilling a vocation. The daily rhythms and routines of a job are monotonous, non-exciting, familiar, mundane and particular. But the things that happen in the context of our work tie us to a story—to a grounding narrative that puts the individual in a picture bigger than himself, one with a goal, a purpose.

The street was once a thoroughfare, a conduit of the activity of the city, a channel for moving here and there. Yet now the street itself is a space to be captured, a place to make a statement, a destination in itself—but it is the perfect anti-destination. And so while Bill Cunningham, and The Sartorialist, and others continue to show us life "on the street," we do well to remember that life also takes place "off the street." Our individual lives and identities connect to others in both places. 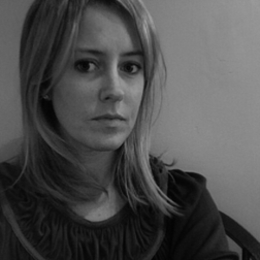 Lucy Collins is completing her PhD in philosophy with a special emphasis on fashion theory and aesthetics. Her broader interests are related to cultural criticism and issues of consumerism and sustainability. Lucy resides in New York City where she teaches courses in ethics and fashion theory at a variety of colleges including Parsons The New School for Design and LIM College.

Transformation: Our (Hard) Work or God's?