A case for bottom-up foreign aid: publicly- or philanthropically-funded, focused on children, and risked on the long term.

A high school student recently wrote to me and asked, "Although we're struggling with the present economic downturn, aren't poor people in the developing world suffering even more, and shouldn't we therefore be increasing our giving to Africa?" Great question!

The combination of higher food prices and an economic slowdown are indeed causing added stress in the world's poorest communities, including much of Africa. This year the number of hungry persons in the world surpassed one billion, for the first time in recorded history. And roughly half of the world's poorest countries, including most of those in Africa, have no realistic hope of reaching the first Millennium Development Goal agreed upon by world leaders in 2000: to halve the proportion of their population suffering hunger and extreme poverty by 2015.

Jesus' caution that "as you did it to one of the least of these my brothers, you did it to me" (Matthew 25:40) reminds Christians that to ignore the suffering of others is an offense against God. From here flows our desire to provide aid to the poor.

Global leaders have spent a lot of time this year discussing how best to respond to the plight of the world's poor and hungry. The world's rich countries have pledged substantial increases in foreign aid, also known as overseas development assistance (ODA). In 2008, a record $120 billion in ODA flowed from rich countries to poor ones. Although analysts widely expect less aid this year as donor governments face serious budget pressures, the trend of the past half dozen years is sharply upward; inflation-adjusted ODA has increased by more than half since the start of the decade.

However, good intentions do not always translate into favourable results, as the checkered history of foreign aid makes clear. We need to be careful to reinforce the successes of the past and not to reinvent the flat tire. More ODA is not automatically better, as Columbia economist Jeffrey Sachs sometimes seems to imply; nor is ODA the root of Africa's problems, as Dambisa Moyo has argued. Aid, done right, can have a profound favourable impact. But done wrong, aid can inadvertently harm the poor.

So what ODA successes might we reinforce? There have been three big ones: agriculture, child health and transfer programs to induce productive long-term behaviours among the poor.

The world recently mourned the passing of Dr. Norman Borlaug, the Nobel Peace Prize laureate commonly regarded as the father of the "Green Revolution," which brought unprecedented growth in food supply so as to reduce global hunger in spite of rapid population growth and the Earth's essentially fixed cultivable land area. While many benefits of improved agricultural technologies flowed to small farmers in developing countries—and even to large farmers in high-income countries—most of the gains went to poor consumers through real food price reductions resulting from expanded food supplies and improved food quality, safety and variety. The Green Revolution saved perhaps a billion lives, while also conserving vast forest and wetlands that farmers would have otherwise had to convert to farmland if ODA-backed agricultural science hadn't engineered major advances in crop and livestock productivity. However, there were environmental problems associated with overuse of chemicals and irrigation, so the goal now is a "doubly green revolution": yield growth that is environmentally sustainable.

ODA has likewise played a central role in eradicating infectious diseases such as smallpox and, soon, polio. This year, in spite of the global recession and population growth, the number of children who die before their fifth birthday fell below nine million for the first time ever. Child mortality is down by more than a quarter in the last two decades, mainly because of advances in the development and distribution of vaccines, simple therapeutic treatments such as oral rehydration to address diarrheal diseases, and the promotion of effective practices such as breastfeeding and the use of mosquito nets. The resulting improvements in life expectancy, child health, school enrollment rates and so on have been a boon to development in many low- and middle-income countries.

Aid has also been effective in underwriting programs that improve poor people's incentives to invest in behaviours that foster long-term development. The past two decades have brought a range of programs that pay poor people to engage in future-oriented behaviours that require some personal sacrifice today in order to reap long-run improvements. Examples include keeping children in school and having them immunized and monitored in health clinics, investing in conserving valuable farmland soil and water quality, and developing effective local emergency warning and response systems to safeguard people from disasters such as tsunamis or floods. Not only do program participants and their children gain directly and over an extended period of time, but the benefits also diffuse throughout communities as good practices become the norm and as people share the fruits of the benefits they reap. Moreover, the success of one of the flagship programs in Mexico has induced New York City to imitate it, so that the benefits of these aid-backed initiatives are now extending even into poor communities in the rich world.

What are the core lessons of these successes?

First, emphasize public science-based approaches, especially in agriculture and health, where the payoffs remain very high. The Green Revolution and rapid advances in child health resulted from problem-focused scientific advances that were publicly or philanthropically funded, making the fruits of discovery publicly available, rather than commercially licensed by multinationals holding valuable patents.

Second, put children first. Hundreds of studies have shown that good nutrition, preventive health care and rapid response to disasters have the greatest and longest lasting effects when targeted at children. This means prioritizing threats faced disproportionately by children, such as vitamin and mineral deficiency in diets, malaria and unclean water leading to deadly diarrheal diseases, ahead of adult concerns such as HIV/AIDS, cancers, democratization and internet access.

Third, take a long-term perspective. Perhaps the greatest weakness of the modern aid industry is pervasive short-termism. Donors and governments want poverty reduction results in a year or two, in time to influence the next election or a program officer's next assignment. Impacts are monitored at unrealistically small scale and high frequency. But science-based, child-oriented aid is long term and necessarily high risk and high return. Failures are routine and must be tolerated so we can learn over time what does and does not work.

The moral and scriptural imperative that the rich help the poor compels ODA. The relevant question is not whether to give aid, but rather how, to whom and when? Many Christians are naturally suspicious of top-down approaches directed by large aid agencies, which commonly deny both the reality of individual and institutional sin, perhaps especially by those entrusted with power and resources, and the transformational power of human free will guided by God's grace. The more natural Christian approach is to favour bottom-up approaches founded on channeling scarce aid towards creating and reinforcing incentives for the poor to lift themselves and their own communities from poverty through good governance, forward-looking investment—especially in children—and institutional and technological innovation. Aid carefully targeted to reinforce areas of demonstrable success is crucial in responding to the palpable suffering of more than a billion fellow children of God.

Chris Barrett is the Stephen B. and Janice G. Ashley Professor of Applied Economics and Management and International Professor of Agriculture at Cornell University, where he also serves as the Cornell Center for a Sustainable Future's Associate Director for Economic Development Programs and the Director of the Cornell Institute for International Food, Agriculture and Development's initiative on Stimulating Agricultural and Rural Transformation. 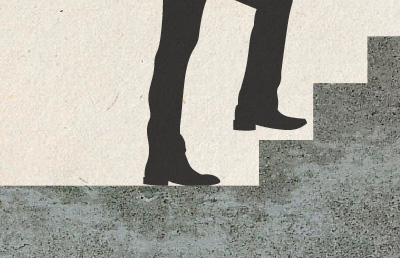 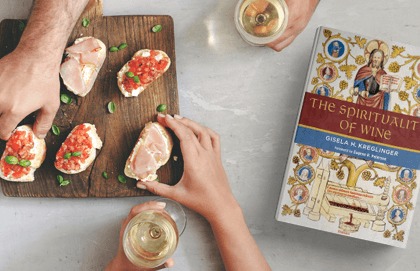 Natural disasters and "acts of God"