An Aristotelian—a Thomist—perspective to the question, "Whom, or what, do you love?"
by Jennifer Hart Weed

"What does love have to do with philosophy?"

My students ask me this question in the Great Books courses at Tyndale University College. They are surprised to learn that the term "philosophy" means "love of wisdom." The connection between love and philosophy is not clear to them.

It seems impossible to my students to desire philosophy in this way. Reading Plato doesn't elicit heart palpitations—at least not in most of my students. Nor can philosophy love you in return—and being loved in return is something we all want. Why should you love something that cannot love you back?

The love of St. Thomas Aquinas's life was God. Aquinas (circa A.D. 1225-1274) was a theologian and philosopher who taught at the University of Paris. Despite his coming from a wealthy family, he joined the Dominican order and devoted his life to serving God through teaching and preaching. In his biography of Aquinas, G. K. Chesterton tells us that Aquinas's family hired a courtesan to tempt him to break his vow of chastity and thus to abandon his vocation, but Aquinas picked up a poker from the fireplace and drove her from his room. As a celibate living in community with other Dominicans, it is not surprising that Aquinas devotes little of his attention to women. When Aquinas writes about love, he writes primarily about the love of God, and on the basis of the love of God he writes about the love for one's family, neighbours, and enemies.

In a lengthy discussion of God's love in the Summa theologiae, Aquinas argues that love is recognizing the good in someone else and desiring that good. More specifically, when you love a person you desire the good for that person. If this is correct, then to love philosophy would be to desire the goodness that is in it. This goodness could include moral goodness, such as ethics, as well as intellectual goodness, such as wisdom and truth. A lover of philosophy is someone who desires goodness and is passionately committed to knowing the good and to doing the good. Understood in this way, then, we can ask whether any human being has ever loved philosophy and what has philosophy offered in return? If we love philosophy, will she love us back?

Socrates (circa 470-399 B.C.) is, perhaps, the pre-eminent philosopher in that he loved philosophy unto death. Socrates pursued the moral and intellectual goodness of philosophy through public discourse, dialogues, and endless arguments until the Athenians executed him. They felt threatened by a man who could not be manipulated, bribed, or seduced by material possessions. Even on his death bed, surrounded by weeping friends, Socrates would not repudiate the intrinsic worth of his pursuit of wisdom.

Socrates loved conversation. Plato portrays him as a man who enjoyed arguing with people, both friends and strangers. Although he had a wife, Xanthippe, and children, he preferred the company of his friends to that of his family. In Plato's Phaedo, Socrates says his final farewell to his family in prison by demanding that someone take them back home. Impatient with their tears, Socrates is in a hurry for them to leave so that he can continue his discussion about death with his friends. One might say that Socrates loved his vocation more than he loved his family.

The Oracle at Delphi is said to have declared that no man was wiser than Socrates. Perhaps the Oracle was referring to Socrates's single-minded commitment to loving wisdom no matter the cost. If Socrates's love affair with philosophy ended with his execution, then it would be a very tragic tale, indeed. But this was not a one-sided love; philosophy loved Socrates back.

It was philosophy that enabled Socrates to see that human happiness cannot be found in material concerns or in human praise. As recorded in Plato's Apology, Socrates argues that one must be virtuous in order to achieve happinessl Happiness is not to be found in wealth, honour or power:

For I go around doing nothing but persuading both young and old among you not to care for your body or your wealth in preference to or as strongly as for the best possible state of your soul, as I say to you: "Wealth does not bring about excellence [virtue], but excellence [virtue] makes wealth and everything else good for men, both individually and collectively."
(Plato, Apology, trans. G.M.A. Grube, 30b)

Philosophy dragged Socrates back from the brink of Athenian excess and offered him an alternative. He could have spent his life like the Sophists: charging a fee for his conversations, influencing the sons of wealthy families, and making a name for himself on the debate circuit. But what a waste of Socrates's talents that would have been! Philosophy pushed Socrates to desire more than just empty rhetoric and to desire wisdom and truth, instead. In this respect, philosophy loved Socrates back by helping him pursue the good by the use of reason.

Although most of the Athenians rejected Socrates's argument, it is clear from Plato's writings that Socrates had a remarkably good quality of life. He was surrounded constantly by friends and admirers who shared his love of wisdom, and their conversations provide the foundation for Plato's remarkable corpus of dialogues. Instead of abandoning Socrates to die alone, philosophy provided him with a vibrant, intellectual community of friends and a lasting legacy that praised his tenacious pursuit of virtue, goodness, and knowledge. In enabling Socrates to see the truth about himself and those around him, philosophy made Socrates a better person. In this respect, philosophy loved Socrates back.

The Greeks were not the only ones to love philosophy. In the Middle Ages, Christians like Aquinas and Augustine loved philosophy, too. For medieval Christians, philosophy was the true handmaiden of theology. That is, philosophy enabled Christians to understand God in a fuller, richer way.

Boethius (circa A.D. 470-524) had a more personal contact with philosophy. He had been an advisor to Theodoric, the Ostrogothic emperor. Falsely denounced as a traitor, Boethius was separated from his family and forced to live in exile until his execution. A devout Christian, Boethius bemoaned his unjust persecution and meditated on the conflict between evil and the existence of God.

The love of Boethius's life was his wife, Rusticiana. His concern for her and their sons contributed significantly to his depression while he was in exile. Boethius was also very fond of his former political position. He came from a famous family of public servants, the Anicii, and so some of his tears seem to have been shed over losing his place of honour and having shamed his family. He went from the palace to a small hut in Pavia, where he was held under house arrest.

In Boethius' famous dialogue, The consolation of philosophy, it is philosophy who visits to comfort him, not Gabriel or Michael. Who sends philosophy? Although the answer to this question is not stated in the dialogue, it seems clear that the personification of philosophy is sent by God. Having loved philosophy and studied her in the past, she is sent to Boethius once again so that he might remember the truth and not be trapped in despair.

According to philosophy personified, Boethius has forgotten the truth about God, about himself, and about the nature of the universe. Once he recovers the truth, Boethius's distress will be eliminated. So philosophy acts as a messenger of God to assist Boethius in his time of need; she is the true handmaiden of theology.

In the beginning of the dialogue, Boethius complains that he is a victim of bad fortune, and that God has turned a blind eye to him. Philosophy challenges this complaint by arguing that no act goes unseen by God and that Fortune is only permitted to act as God allows. Through an extended conversation in which philosophy prompts Boethius to reason out of his distress, Boethius accepts her admonition to remain faithful in his Christianity and to focus on God's goodness. God desires Boethius to love Him more than he loves his political position, his power, and his honour.

Philosophy ends the dialogue by encouraging Boethius to continue to develop his God-given ability to reason:

Alone the race of men can lift its head on high,
Can stand with body upright and disdain the ground.
This picture warns—except to doltish earthbound men—
'You who raise your eyes to heaven with thrusting face,
Raise up as well your thoughts, lest weighted down to earth
Your mind sinks lower as your body rises high
(Consolation Book. V, chapter 5, Tr. by Victor Watts).

As is clear from this citation from Consolation, philosophy loved Boethius more than he loved her. Boethius forgot about the good of philosophy, while philosophy never gave up desiring the good for Boethius. She does not take leave of him until he abandons his doubts and false beliefs.

What is the connection between love and philosophy? In answering this question, I pointed out that a Thomistic understanding of love would enable us to see that the love of philosophy includes the desire for the goodness that is in it, such as wisdom and truth. A lover of philosophy would be someone who desires goodness, and who is passionately committed to knowing the good and to doing the good.

But the love of philosophy is not an unrequited love. As I have argued in connection with the lives of Socrates and Boethius, if you love philosophy then she will love you back.

She loves you back by showing you the truth about yourself and the people around you. She loves you back by helping you to develop your God-given ability to reason and to think. The pursuit of philosophy is intrinsically valuable because of the transformative nature of philosophy as a way of life. As philosophy pointed out to Boethius, human beings alone are rational animals. If human beings do not exercise and develop their rational capacities, they sink below their God-given potentials and purposes to the level of the brute animals (Consolation Book IV, chapter 3). In loving philosophy, we are loved in return because she makes us better human beings, and she points us to the ultimate good, God, whom we should love with all our being. 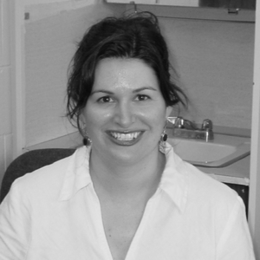 Dr. Jennifer Hart Weed is Assistant Professor of Philosophy at the University of New Brunswick. She delivered the 2008 Aquinas Lecture in November 2008 at Emory University.

The king's heart is a stream of water in the hand of the LORD; he turns it wherever he will—Proverbs 21:1