The best of the new crop of poets are bridging the gap between avant-garde obscurantism and traditional narrative poetry. Consider the latest anthology from W.W. Norton, a browser's introduction to poetry today. 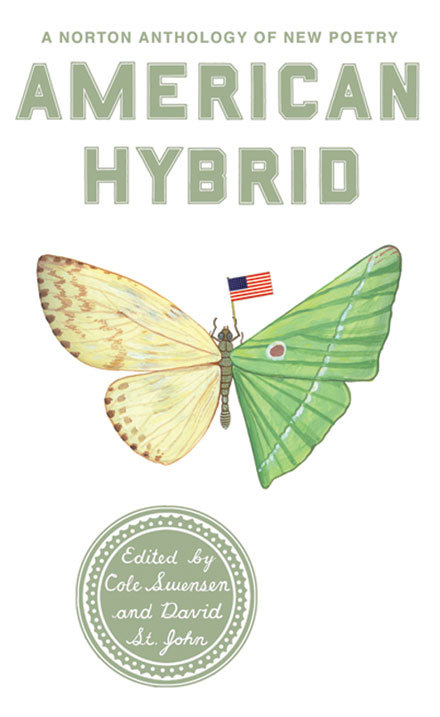 
Seventy-four poets' work is represented here, and all of it tethered to a single thesis (expounded eloquently in the introduction): poetry has moved past the aesthetic "schools" of the 20th century. There's no more war between avant-garde obscurantism (for example, Pound and Williams) and traditional narrative poetry (Frost and Lowell). The best of the new crop are making use of both innovative form and linear narrative, producing poems that are at once relevant and accessible—in some cases even popular.

That's the thesis, anyway. Do the poems support it?

At first blush, the answer seems to be yes. Aside from a few Gertrude Stein-like word-blocks in Etel Adnan's poems ("healed mansions of . . . / everybody's fate / in the balance . . . in / xeroxed (blank) / sheets shh"), and moments of indecipherable spaciness in Stephen Ratcliffe's writing, these poems read effortlessly but present slightly askew subject matter. Little intrusions—breaks in continuity, other voices, unexpected images—fill the writing with a kind of electricity of which simple narrative is not capable. It's postmodern! And yet it's not too terribly weird. These poems have the fairy-tale energy of Amelie. To wit:

I'm afraid
I don't love
my mother
who's dead

So who'll meet me over yonder?
I don't recognize the place names.

Or I do, but they come
from televised wars.

That's from Rae Armantrout's "Yonder"—like most of the poems in this collection, spare and extremely easy to read.

What's harder to tell is if this is a representative sample. To my watching eye there are many glaring omissions. Billy Collins unfortunately has been out of fashion ever since he was appointed U.S. Poet Laureate by George W. Bush, so it's no surprise he's excluded. James Tate and Russell Edson would seem perfect candidates for inclusion, as would the younger poets Ange Mlinko and Matthea Harvey. And what about Gabriel Gudding? Gudding can be obscene, but he's brilliantly talented and fits the thesis. Campbell McGrath? Stephen Dobyns? Michael Dumanis?

A larger question, as far as American Hybrid's very existence goes, is whether the thesis is even profound or important. To poets actually working in the "hybrid" model, such historical observations might not even be vaguely interesting. The production of postmodern art and literature happens without—and despite—in fact, perhaps in reaction against—the critic's instinct to map such categories. For the postmodernist, revision and remapping is as banal as dialectical opposition. We're more interested, in a Heideggerian sense, in what is. And the space it takes up.

But there is no doubt at all that this book will be used in classrooms, and it can be enjoyed as a browser's introduction to what's being written now. In comparison to Paul Hoover's Postmodern American Poetry (1994), this volume is (refreshingly) thesis-driven; relative to Sarabande's Legitimate Dangers: American Poets of the New Century (2006), this collection seems much less cliquish.

Your name in lights: A Christian's guide to making it big in the movie business