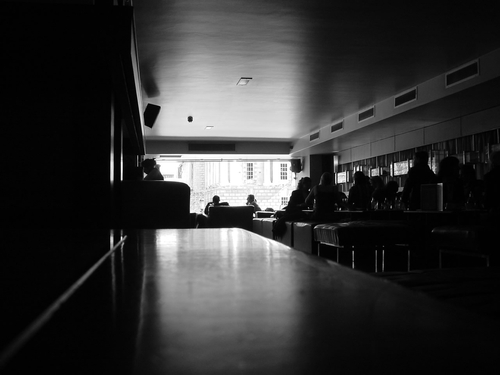 Inspiration exists, but it has to find you working.
—Pablo Picasso

I wholeheartedly believe that statement. But where, Pablo? Where?

As I began to pen a novel that had been waiting for me to actually write down—for more than eight years—I knew I needed to take seriously the environment that worked best for my personality. And I was certainly not alone. Many are going back to school, taking up a creative passion that they have put aside for years, or just broadening their horizons in new ways—which means there's a stream of traffic trying to find that perfect place to work and create. A place that lends itself to energy, inspiration, and productivity.

Yet when you're seeking the perfect place, there are hazards to overcome.

One place offers a plush, relaxed environment with many pluses: inexpensive food and beverages, clean bathroom facilities (probably), an extremely casual dress code, unlimited isolation to be able to focus on and complete the projects at hand. This office sanctuary is most commonly known as Home.

But if these benefits are significant, so are the downfalls of Home-as-office. The seclusion itself can foster sudden urges to accomplish other critically important tasks, such as unloading the dishwasher or scrounging around to find the earring that was lost the night before or the baseball glove that might be of crucial importance on Saturday. The other main pitfall of Home—and I cannot stress this highly enough—is the potent enemy of creativity: drowsiness. Home offers such delightful comfort that it tends to woo its workers into grasping the soft blanky next to them on the sofa and, since they're in their pajamas anyway (refer to the casual dress code), they might as well take a refreshing little nap.

There's also the Third Place—not quite the office, and not quite home. From the first recorded coffee house opening in Oxford in 1650 to now, cafes all over the world have housed the creations of many of the greats. But I would like to argue that we are in the midst of the Golden Era of this Third Place, this coffee house culture. Perhaps the popularity stems from the tremendous accessibility of them. Howard Schultz, President, CEO, and Chairman of that rather famous Third Place with the green and white logo, which offers expensive but delicious caffeinated beverages, set out to create this kind of place. A place where there is color and a bit of an artful feel (but no napping facilities).

The Third Place has many benefits. All the people around contribute to a festive and energetic air that can fend off drowsiness. Since they are not people that you know, you don't need to respond to them. So those in the Third Place get energy from the people without the necessity of actual interaction. When one goes to a Third Place regularly, one has the added benefit of becoming a regular. I have developed actual co-workers in that sense. I know many of my fellow Third Placers by name and am often asked about my projects and my writing. Sometimes I get free coffee, and I always get great service.

The pitfalls of The Third Place, however, are more than just varied: they are wildly unpredictable. For instance: routine office maintenance. An outrageously squeaky door that goes unnoticed for more than two weeks can drive one to jump out the window. Since I am more than capable to handle squeaky nonsense, I bought a small bottle of WD40 and went ahead and applied it to the offending door, producing much applause and high-fives within from my other "co-workers."

The main tautological pitfall of the Third Place, is that with the energy-giving people around . . . there are people around. And people around means there is always the possibility for mayhem. Such as the day when my pheromones must have been on overdrive and I had two men, within twenty minutes of each other, sit down at my table and ask me out. One was an octogenarian "certified hypnotist," as was stated on his proudly bestowed business card. He also asked me if I wanted to be part of his acting class. My negative reply seemed to thoroughly confound him, but then he asked if I wanted to be hired as his personal assistant (which smacked of "Hey, Baby, I've got a screenplay for you to read back at my apartment . . .").

Then there was a notable encounter with a woman (walking that dubious line between homeless person and eccentric traveller) who came to sit at my table. And then proceeded to ask for a bite of my pumpkin cream cheese muffin. Less than one week later, a different lady sat at my table. Despite my best efforts to subtly scooch my muffin behind my computer, she asked to have half of my muffin. I surrendered and gave her half, nonchalantly looking around for cameras.

On another memorable day, there were many raised eyebrows as an athletically enthusiastic man suddenly decided to do his calisthenics right in the middle of our "office."

Of course, this is a fiction writer's dream. It has too often been said (but I claim it happily): "You can't make this stuff up." Life is rich, and when craziness happens, it is the stuff of life—the stuff of creativity. Donna Tartt, author of The Secret History, says, "All your experience just kind of accumulates, and the novel takes a richness of its own simply because it has the weight of all those years that one's put into it."

Pablo Picasso mostly meant that inspiration rarely happens spontaneously. Awareness and intentionality need to be a habitual part of creating. Home, office, third place: they all have their pros and cons, and some work better than others—or maybe a balance between them is best. The point is this: find a place, and do the work. Wherever you are, inspiration does indeed need to find you working. 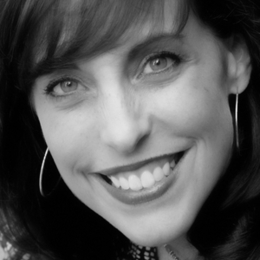 Laurie Chandlar lives and works in New York City with her family. She has had a wide variety of work experience including the engineering world at General Motors and handling the management and sound technician responsibilities for a nationally touring rock band. She is a lover of history, especially the Art Deco time period. Laurie has penned her first two historical fiction novels and is represented by the Jill Grosjean Literary Agency. She also writes the blog All The Write Reasons about encouraging the artist within. Laurie loves coffee, wine, museums, and action adventure movies; and despises near misses, thwarted love, and raisins.

The Crux of Work is the Crown of Vocation