I am matured through church planting. I pray that God will use this church plant to change lives for his glory. God knows he is using it to change me.

Comment: In November 2007, you told us what you love (and love less) about politics. Since then much has changed in American politics, including the election of a new President. Our friend David Naugle speaks and writes inspiringly about the importance of ordering our loves rightly. How do you believe should the loves of the leader of a nation be ordered?

Anthony Carter: Believe it or not, from time to time I think of what it would be like to be the President of the United States. The perks of Air Force One and Camp David aside, I can honestly say that I don't envy the head that wears that crown. I could not imagine stepping into that office without a deep, abiding faith in God. The weight of the free world, the hopes of a generation, and the welfare of countless millions on my shoulders would cause me to make sure that I am cultivating a love for God, his guidance and his comfort.

A leader must also cultivate a love for the least among us—the voiceless. A nation's success can never exceed how well the least within that nation are doing.

Comment: What should we pray for politicians in these times?

AC: I would, and do, pray, "Lord, keep them ever mindful of their accountability before you and the people they are called to serve. Remind them that the public trust, which they have been given, is to serve and not be served. And may they look to you, even as their constituents look to them."

Comment: You are part of a fresh church plant in East Point, Georgia. We know you endorse the general argument for planting new churches offered by Tim Keller of Redeemer Presbyterian Church in New York City, but what in particular drew you and your family to the hard work of church planting?

AC: You speak rightly when you say hard work. Church planting is proving to be the most challenging and yet most rewarding venture of my Christian pilgrimage. When we first began, it was mostly out of a desire to see God's kingdom spread and more people to come into the knowledge that is the grace of God in Jesus Christ. While this still motivates me, I also see the need for a continuing transformation and sanctification of my own heart. I am matured through church planting. I pray that God will use this church plant to change lives for his glory. God knows he is using it to change me.

AC: My primary responsibility in this area is to keep my people ever mindful of our need to be in the world but not of the world. I encourage their involvement both locally and nationally, but not to identify too closely with any political movement, or even the process. I must remind them (and myself) that it is not Democrats or Republicans who will inherit the earth. In the final analysis, I believe the only organization that will stand in the consummation and the new creation is the church of Jesus Christ. Therefore, my goal is to keep eternity before my people. I am to remind them that our first and primary allegiance is to Christ and his beloved.

The government owes the church what it owes all its citizens. God has ordained earthly authorities for the peace, protection and prosperity of the commonwealth. The church resides in the commonwealth, is subject to its laws, and receives its privileges. Christians are to be the best of citizens, insofar as their citizenship in the commonwealth does not cause them to violate their primary citizenship, which is in heaven.

AC: Good article, by the way. Admittedly, the primary influences in my life have come from what Pennings refers to as the Neopuritan tradition. Nevertheless, I have subsequently become exposed to the Kuyperian tradition, and I've come to appreciate and even espouse much within that tradition. Therefore I often find myself listening to and learning from both traditions, and find them in many ways complimentary. I find that the Puritan tradition, with its high view of Scripture, reminds us that it is God's Word that forms and fashions us into community by his Spirit. And thus, his word is the only infallible rule for life and faith in this world. Yet, I love that the Kuyperian tradition reminds me that this is, indeed, our Father's world. Therefore, we need not shy away from truth wherever it may be found. Rather, we are to show people, all people, that whatever truth they may come to know, the ultimate aim of that truth is that they would know God in Christ, who is the source and substance of all truth. 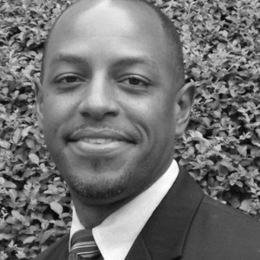 Anthony Carter is the lead pastor of East Point Church, a new church plant in the metro Atlanta, GA area. He is the author or editor of several books including On Being Black and Reformed and Experiencing the Truth, and the soon to be released, Glory Road: The Journeys of 10 African-Americans into Reformed Christianity.

Towards Transformational Reading of Scripture

We must gradually live as Jesus lived, love as he loved, and choose to become little and humble as Jesus was.