I help companies create new and wondrous experiences, and become more authentic, more real and genuine in their customers' eyes.

Joe Pine: When my daughters were nine, they could never figure out what I did! (Perhaps I've gotten better at describing it). I work with companies to help them become better businesses by giving their customers more of what they want. In particular, I help them make their offerings more exactly meet people's desires - what's called "mass customization." I help them create new and wondrous experiences, and become more authentic—more real and genuine—in their customers' eyes. (Nope—it doesn't look like I have gotten any better).

JP: Early on in my career at IBM I decided to move up the executive ranks and then retire some time between the ages of forty-five and fifty, and go back to school to get a Ph.D. and become a professor and write books. The only question then was whether the degree would be in business/economics or theology. IBM kindly sent me to MIT for a year (1990-1991) to get my Master's degree, and when I found out I had to write a thesis, I immediately decided to write one I could turn into a book! That is in fact how my first book, Mass Customization, came about. Some time after it was published, due to the problems it was having, IBM graciously offered my wife and I six months' salary to leave. So, I started my own firm to write, speak, teach, facilitate, and consult with companies. I met Jim Gilmore around that time, and he became my biggest client when he was with CSC Consulting. Eventually, in 1996, we decided to join forces and create our current partnership.

JP: We are the product of our experiences, so it's hard to single out just a few. Two that come to mind are a project that a client hired me for that, while it fell into the category of Mass Customization, was not in my sweet spot of what I could do effectively. I did the work—not very well—but felt very guilty about taking the money. I learned never to do something that I couldn't do well!

I also remember that after The Experience Economy was published, I became so busy giving speeches on the subject all over the world, that I forgot how to teach well. In executive education situations, instead of teaching I would really just stand up there and "speechify." One of my clients called me on it, and I learned that they are different skills on which I have to focus separately, and so I developed good, new techniques for teaching.

JP: I had a very hard time leaving IBM—"I bled Blue," as they say, and could have stayed in a different capacity as a consultant. But my dad told me, "Son, whichever way you decide, you'll have a nice life." So that sort of took the pressure off and much of the emotion out of it, and I realized I could always get another job if I had to. So, sixteen years ago, I left and went out on my own. My wife Julie, the worrier in the family, is still not sure it's going to work out.

JP: From all of life! From my family, friends, and church, from all of the experiences I have around the world, and from reading. Lots and lots of reading! I get four daily newspapers, subscribe to over forty periodicals, and read scores of books a year. All of it becomes grist for the mill of seeing patterns and figuring out what's going on.

JP: It depends on what type of day it is. Normal in-the-office days start out by my going through e-mail (I usually get twenty or so overnight alone), returning phone calls, and then working on whatever needs working on—usually upcoming presentations. I then return to e-mail periodically, and after dinner with the family and finishing the newspapers, I generally go back to work for a few hours in the evening. On writing days, I try to ignore e-mail and just write as much as I can—sometimes taking a nap in the afternoon to regain my freshness—and then confine the e-mail work to the late evening, just blasting through it. I discovered you get a lot fewer e-mails if you only do it once a day, especially late at night. On days when I am with clients speaking, facilitating, or teaching, the day actually begins the night before when I make sure I am prepared for everything. Only when I am satisfied that I am fully prepared can I rest my weary head on the hotel pillow.

JP: WordPerfect—it is so much a better word processor than you-know-what, although it too has gotten bloated over the years. PowerPoint—much maligned, but used properly and intelligently can be a great aid for giving powerful presentations. Roget's Thesaurus—and not the dictionary kind (yuk!). The authentic categorization of the original's Roget's genius is a must-use for figuring anything out. The Oxford English Dictionary—yes, the full twenty-volume, takes-up-an-entire-shelf-in-my-bookcases OED. Whenever working on a new concept, it's invaluable to truly understand what the words mean—for words matter. Callaway Odyssey White Hot Putter—driving's for show, but putting's for dough, as they say!

JP: I recently worked with a company that provides Senior Living Communities—what are often called "nursing homes," but this particular company refuses to be bound by traditional definitions, and in fact wants to leave that old, neglected industry and set out on its own to create an entirely new one, predicated on a new experience for elders. I and my colleagues at Starizon, a transformational consulting company based in Keystone, Colorado, guided the team through a process to define the experience they wanted to create for their elders, and they hit on the theme "My. Best. Life. Now." They thought about leaving off that second word, but decided that they really did want to ascend to the proposition that people even at the end of their lives could, and should, still aspire to living their best life now. And I have no doubt they will make it happen.

JP: Plans? Plans? I don't need no stinkin' plans! Actually, I am pretty bad at planning. I tend to work in a multiprocessing environment with many windows open on my computer and many thoughts bouncing around my head. It works for me, but I suspect I would be more productive with more focus, more planning. Every once in a while I get so overwhelmed that I actually create a to-do list. It rarely lasts more than the time it takes to get those items done. Then I go back to normal mode where I have far more to do than I could possibly get done, so I figure if it rolls out the back of my memory it must not have been that important to begin with.

JP: I am not a big believer in compartmentalizing one's life into various aspects, and thinking of "work" and "home" and "play" as distinct categories. I work out of my home, I generally take vacations when work takes me to some place interesting, generally work during at least some portion of any vacation, and find time to play during the work day. I guess the two exceptions are golf and church (not necessarily in that order). Both require focus, and absolutely no cell phone calls! 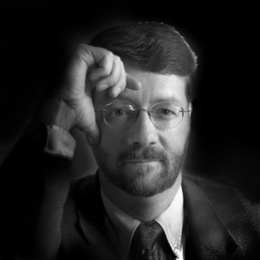 Once upon a time in a career far away, Joe Pine worked for IBM in Rochester, Minnesota. For the launch of the AS/400 computer system he created a group that brought customers and business partners into the actual development process. Because of this innovative activity, customer needs were met more exactly and quality was significantly enhanced—factors that contributed greatly to IBM winning the Malcolm Baldrige National Quality Award in 1990.

What Will You Be When You Grow Up?