I gave leadership to a Christian union helping people in the workplace learn to be happy, do good work, care for each other, be treated well by the boss, and receive fair pay for their work.

Neil Roos: When I served as the Executive Director of the Christian Labour Association of Canada, I tried to give leadership and help to more than 130 staff so that this Christian union could help people in the workplace learn to be happy, do good work, care for each other, be treated well by the boss, and receive fair pay for their work.

NR: I felt that workers were often mistreated by employers and not helped by unions who practiced a very adversarial approach to labour-management relations. I was convinced that the application of Christian principles of respect, justice, accountability and responsibility needed to be promoted and would serve the best interests of employees as well as the enterprise.

NR: Being mentored by a senior colleague who gave me advice but also a great deal of freedom and responsibility. I remember there were many occasions, on long trips by car, when we'd have lengthy and in-depth discussions about the application of a Christian worldview and Christian social principles. Of course I also benefitted from observing hands-on trade union work such as negotiations, membership meetings and organizing campaigns.

NR: To not worry about the outcome but to give it your best, and trust that doing the right thing, being faithful, brings its own reward and value.

NR: If you believe as I do that the universe is created in all its vastness, intricacy and beauty by the God of the Scriptures, it adds a great deal of meaning, awe and inspiration to our exploration, development and stewardship. This has implications for work as well because Word and world direct us to be responsible for and to each other, for the creation and ultimately to God.

NR: Since work is a social, collective activity I made it a point to spend a few moments with each staff member, usually at the beginning of the day, to express an interest in their life away from work, but also to learn what their plans were for the day and whether they were able to manage it. I believe that those called to positions of leadership, as well as those on the front lines, should seek to build strong personal relations with colleagues and emphasize a shared commitment to the task at hand. Of course we also need to respect each other's space and time so that each person can focus on their own area of responsibility, but that's never in isolation.

NR: I think computers which allow us to connect with each other via email, over great distances, are a wonderful, efficient and economical tool. In addition, they are a great help in scheduling, managing files and creating documents. Away from the office, I receive great satisfaction from building with wood; I think my 10" table saw is one of the most basic and versatile of tools that one can own.

NR: In part due to my interest in construction, I very much enjoyed participating in the planning of a new CLAC office building in Langley. Of course that satisfaction is directly related to the fact that the current facilities in Surrey are bulging at the seams, evidence of the union's growth in membership and influence.

NR: As things to do or projects come to mind I frequently make written notes and prioritize them. From there, once I start on a project I draft a bit of a "game plan" and try to stick to it. As I move through the various steps, I may consult colleagues or the internet, or examine related projects to determine if there are similarities or aspects that can be adopted. I'm certainly open to embracing the ideas and suggestions of others as I move along.

NR: I have to make a confession: my strong sense of calling to the work of CLAC, certainly in the early years, led me to pay insufficient attention to the obligations and joys of my family. Theoretically, I approached life from a common set of beliefs and principles, and sought to live life with integrity, but I admit that in practice work often tended to come first. I have actually seen a better balance practiced by my junior colleagues. At the end of the day, however, I know that it was God's faithfulness and grace—and a committed marriage partner—that brought about healing and a better perspective. 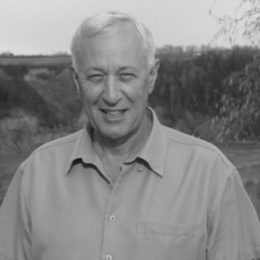 Neil Roos is retired as Executive Director of the Christian Labour Association of Canada. He currently serves as a director of Elim Village, a seniors centre in Surrey, British Columbia.