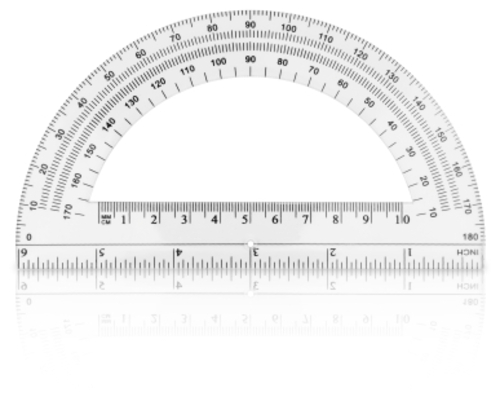 We need to remain attentively open to the Spirit's gifts in unexpected places. When we do so, we might be surprised to find that even the empire is less disordered than we expected.

Cultural criticism is a kind of reading. As we try to understand our times, discern where the Spirit is afoot, and identify what powers and principalities hold us captive, we are interpreting culture. It's like our cultural context is an open book, but like any book, the meaning has to be mined. We need to learn to read well.

But as Alan Jacobs argued in A Theology of Reading: The Hermeneutics of Love, we need to be careful not to confuse criticism with suspicion. Reading well means reading charitably. Yet reading charitably does not mean reading uncritically. Charitable cultural criticism is its own sort of dance.

I think this is what Eric Jacobsen exhibits in his provocative essay, "'The Ballet of Street Life': On Common Grace Liturgies": a reading of culture that is at once charitable and critical. As I read Jacobsen's article, two different sets of ideas in my mind began to mesh together like finely honed gears designed to propel one another. It's like I finally figured out how to put together different parts of an Augustinian machine.

In works like the Confessions and Teaching Christianity, Augustine persistently emphasizes that love is the key to interpreting the Scriptures and reading creation (and culture). He describes this as "the right order of love," and it influences interpretation in two ways. On the one hand, my loves as an interpreter need to be rightly ordered: if I am going to interpret well—whether a text or a cultural context—I need to first love the right things in the right way. The wisdom of discernment requires attending to our loves. On the other hand, Augustine emphasizes that a discerning reading should be looking for how (and whether) a text or cultural practice builds up love of God and neighbour. And if I read with those charity-focused eyes, I will sometimes discover that the Spirit is afoot in the most surprising venues, implicitly leading and calling us toward the God we're made for. To charitably read culture in order to discern how it forms our loves is not an inherently negative endeavour. Indeed, we might find that there are cultural practices that index our longings to the kingdom of God.

This finds expression in Augustine's own magisterial work of cultural criticism, City of God. There Augustine offers a "reading" of his own cultural context—the late Roman empire—in a way that hinges on the intertwining themes of love, justice, and worship. His cultural analysis is its own kind of two-step. On the one hand, Augustine's critique is blistering: Rome, he tells us, could never be a truly "just" city because it could never be characterized by true worship. Compared to the vibrant fullness of biblical shalom, the "peace of Rome" (pax romana) doesn't even deserve to be called peace. On the other hand, when Augustine looks at the barbarian horde banging on the gates of the empire, he grants that the "splendid vices" of Rome are to be preferred to the vicious gang at the gates.

For Augustine, cultural analysis is never all-or-nothing. It is ad hoc, nuanced, and contextual. As a mode of criticism it assumes, of course, some criteria. As you would expect, for Augustine that criterion—the standard for charitable cultural critique—is God's coming kingdom, the lodestar for all human social life. This is the standard against which his cultural analysis is calibrated. The biblical vision of shalom is the benchmark for just, flourishing culture.

But then Augustine's analysis of culture is not a matter of discerning whether a cultural practice or institution "lines up" with this kingdom vision, but rather to what extent. The stance is not inherently or immediately dismissive. Instead, Augustine looks at the cultural institutions around him and seeks to discern the ways that they are bent toward shalom. Elsewhere I've suggested that Augustine's instrument for cultural analysis is a protractor. He looks at cultural practices and institutions to discern whether and to what extent they might actually be indexed toward shalom. Instead of an all-or-nothing dismissal (or embrace!) of cultural practices, we should "measure" their habit-forming power against the benchmark or lodestar of shalom. And when we lay a critical protractor onto such cultural phenomena, we might see that they foster flourishing that resonates with the biblical vision.

I think Eric Jacobsen has done just this in his reading of our urban rituals. Jacobsen proposes the notion of "common grace liturgies" as another way to read what I've called "secular liturgies." Ever so gently, Jacobsen suggests that my analyses of cultural institutions like malls and stadiums and universities in Desiring the Kingdom tended to be largely negative, emphasizing the "antithesis" between, say, the Gospel and consumerism. Thus he introduces the notion of common grace liturgies as a more charitable reading of cultural practices, looking for how such "secular" liturgies might form us positively, bending our loves toward Christ's kingdom. As he puts it, a common grace liturgy is "a desire-shaping practice that is not initiated or controlled by the Christian community, but resonates with some of its core values."

Now, I think I hint at something like this in Desiring the Kingdom in my analysis of the bohemian world of Moulin Rouge. "On the one hand," I noted, "this seems to be the very antithesis of the kingdom of God: a realm of prostitutes and addicted artists given over to wanton pleasure-seeking." On the other hand, these "children of the revolution" rightly see that "our highest calling is not to simply be producers" but to pursue lives dedicated to beauty, truth, and love. Hence I suggest "that the kingdom looks more like Montmartre than Colorado Springs!"

But Jacobsen is right that many of my analyses tend to emphasize the antithesis, the dis-ordering power of cultural liturgies. And we would never want to lose that sort of critique: a charitable reading is not merely an "affirmative" reading (I'm sure Jacobsen would agree). Some of our most powerful—and most ubiquitous—cultural practices bend our loves away from Christ and his kingdom. Having inhabited contexts where "common grace" is invoked as a way to simply baptize the status quo, I will always remain an evangelist for "the antithesis."

Yet, in the spirit of Augustine's hermeneutics of charity, we also need to remain attentively open to the Spirit's gifts in unexpected places. When we do so, we might be surprised to find that even the empire is less disordered than we expected. (For a stellar analysis of just this point, see Peter Leithart's remarkable little book, Between Babel and Beast: America and Empires in Biblical Perspective.) When we evaluate our cultural contexts with a protractor that is indexed to shalom, we will surely sometimes note just how disordered our cultural institutions are. But we will also sometimes be surprised to discover cultural rituals that are echoes of the biblical vision. Rather than taking a stance of suspicion and distance, we can then take up common cultural labour in a spirit of collaboration and partnership. Such everyday rituals can be a kind of dance invisibly choreographed by the Lord of the Dance who, in these "common grace liturgies," ultimately invites us to taste a feast that arrives in Jesus Christ.

Then young women will dance and be glad,
young men and old as well.
I will turn their mourning into gladness;
I will give them comfort and joy instead of sorrow (Jer. 31:13)

The erotics of truth, and other scandalous lessons from Augustine of Hippo

The path of discipleship is romantic.