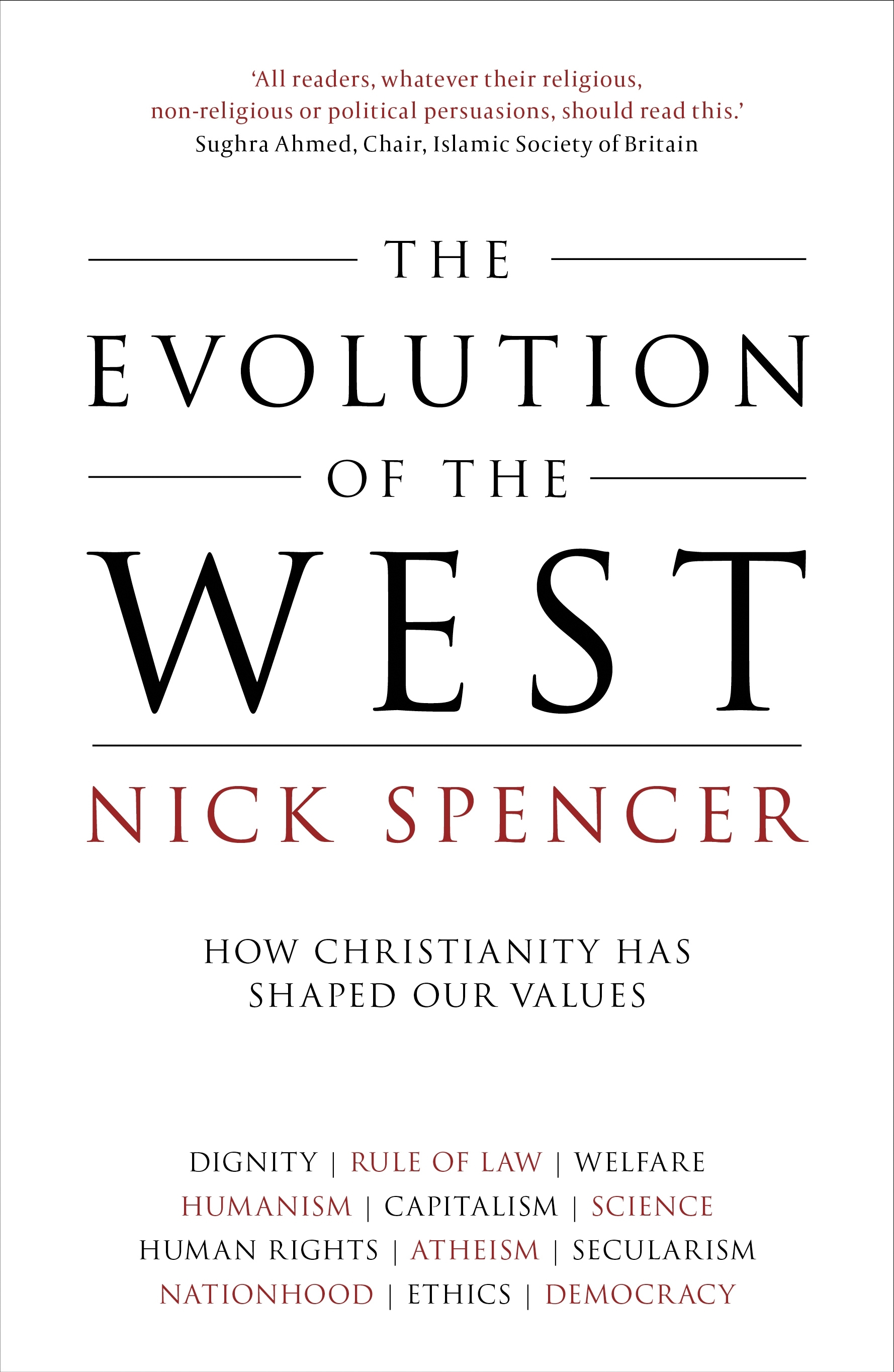 On the 13th of November, Remembrance Sunday, I stood at the cenotaph on the village green of a town in the north of England with nearly fifteen hundred other people, participating in an act of worship. The service, using an official liturgy from the Church of England, was overtly Christian; hymns were sung, Scripture was read, prayers were said, and multiple times Jesus was spoken of as the exclusive hope for salvation and peace. And fifteen hundred people showed up to take part, or at least to stand respectfully and attentively, for the service's forty-five-minute duration.

Fewer than one hundred of those people would be Christians in any meaningful sense of the word, if we can believe the statistics. Yet for many it would be unthinkable for any institution but the Church of England to mark this occasion. It is one of the clear reminders of Christianity's indelible stamp on English society, in this instance recalling its commitment to freedom and peace, and of the Church of England's continued role in occasionally being charged with speaking for the nation (even if an increasing number of younger liberals, both within and without the church, bearing a sense of collective guilt over England's imperial past and inclining toward pacifism, are uncomfortable with it speaking on this particular occasion).

While Christianity has had a profoundly significant role in shaping the values we in our liberal Western democracies cherish, that story is increasingly being consigned to the realm of myth

Despite the ceremonies of Remembrance Sunday, public recognition of Christianity's role in shaping our culture is increasingly uncommon, a point Nick Spencer picks up at length in his latest book, The Evolution of the West. Spencer makes a simple case: while Christianity has had a profoundly significant role in shaping the values we in our liberal Western democracies cherish, that story is increasingly being consigned to the realm of myth. We are rapidly forgetting—and in many cases, Spencer argues, even rewriting—our history so that we are no longer aware of what has made us who we are, instead explaining the origins of our collective values and convictions with a "certain historic logic that . . . sometimes [borders] on outright amnesia." That new narrative is largely one of "slow but steady secular emancipation" that equally slowly but steadily edits out the role of Christianity in shaping our values.

Drawing on the research of Larry Siedentop, Spencer begins with an analysis of the history of the West, first emphasizing the discontinuity between ancient pre-Christian societies and our modern Western society, the former believed by some to be the "nursery of freedom." Spencer demonstrates that the ancient world had almost nothing resembling our values, and that it was instead "Christianity [that] put forward a new idea of a voluntary basis for human association," based on the inherent worth of each individual. This was a revolutionary change, and planted the seeds that would germinate during the course of the medieval era, from which many of our modern values would eventually spring. Because of this, Spencer writes, by the year 1200 "Western Europe had legal and moral structures in place that marked the continent out from the rest of the world."

If this is so, how did we contract our collective amnesia? While as good Protestants we tend to champion the Reformation of the sixteenth century, we sadly need to look to the "unquestioning elevation of secular authority" among our religious forebears. The kingdoms of Europe were attempting to extend their power in the face of an increasingly powerful papacy, and the Reformers were eager to support them in this venture, hoping they would find in these rulers allies in the fight against Rome. Yet they soon discovered, to their dismay, that these political powers "turned out not to be as Reformed as they had hoped." In the resulting chaos, the churches, in attempts to stand their own ground, backtracked on many of the virtues they had stood for—"equality, freedom, conscience, and restrained and judged authority"—and "many came to believe that [the church] needed to be toppled in order to secure them." Here the Renaissance gained momentum with its reassessment—both partial and problematic, Spencer is clear to note—of the past, thus providing the basis on which the narrative of Europe's Christian history would be rewritten, most thoroughly in the period of the Enlightenment. The rest of the book is devoted to exploring just that: the key values Western Europeans cherish—democracy, the rule of law, human rights, economic equality—are now explained in ways that ignore or obscure their Christian foundations.

The focus here is obviously on those who are telling the story. But is this a narrative the whole of society accepts? Will a conversation with the average person elicit the same triumphant story of secular emancipation?

George Orwell once said that "the common people of England are without definite religious belief, and have been so for centuries. . . . And yet they have retained a deep tinge of Christian feeling, while almost forgetting the name of Christ." Orwell was certainly right; England is undoubtedly a secular society, with a hint of Christianity lingering in the air like the faint smell of incense in an old church building. However, Orwell's point indicates something else about English society, namely, that it is characterized by pervasive apathy.

Like all Western societies, the political class and the mass media play leading roles in constructing our cultural narratives, often employing moral language to evoke a sense of duty in holding on to the values we do. Yet I suspect that the general population is not so impassioned about these things. (I am cautious here that I speak from a limited experience of one part of this country, and am mindful to heed Spencer's own warning that the plural of anecdote is not data.) We hold on to our values more out of a sense of comfort than anything else. This indifference explains why the general population finds the church inoffensive and tolerable, rather than the guardians of a faith which exerts an influence that needs to be written out of our collective history. So while there might not be a general desire to rewrite history in the way many cultural leaders want, neither is there an urge to preserve the narrative Spencer wants us to hold on to.

Yet what is lost if our history is successfully rewritten? This is a question that lurks in the background of the whole book. Here readers may find Spencer a bit vague; he does not conclude with any detailed picture of such a society. That being said, he returns a number of times to two themes. The first is that, without a living memory of Christianity, a sustainable foundation for human rights begins to erode. The second is an increasing expectation of laws and politics to rectify all the ills of society. These together strike at the very heart of Western society.

Spencer's book presents a serious challenge to the church. As society loses its grip on its shared Christian history, we remain the guardians of the story that has made us. It's important to say here that Spencer is not interested in scoring points for Christianity. Indeed, he recognizes and illustrates clearly that Christianity has had an ambiguous relationship with many of the values he discusses. He also deliberately avoids a thesis of inevitability: "The tree of Western values did grow in Christian soil but it would be a mistake to imagine that soil had some precise blueprint for what the tree would eventually look like." Still, what we are today we largely owe to Christianity. And it remains the church's prerogative to keep that story alive.

This is risky business in a climate of intolerance and indifference, though. It becomes uncomfortable for many when we begin to speak of a life that involves death to oneself and articulate a vision for public life rooted in that idea. It is much easier to point to the common ground we share with those around us. The Church of England used to be pejoratively known as "the Tory party at prayer," but as Spencer notes, it has quite rapidly taken a hard leftward turn in its political convictions. Consequently in recent years the Church of England has received a considerable amount of media spotlight for its work on things like child poverty and the refugee crisis. These are good things, to be sure, and the Church of England's voice is largely welcome on these issues. But the danger is failing to clearly articulate the reason we value these things, thus contributing to the loss of the story that has made our society what it is and, indeed, as Spencer argues, will eventually make these values unsustainable.

For all the ills of an established church, one of its strengths is that it has a prominent public voice in society. Christianity, Spencer argues, has always been about seeking the common good (admittedly doing that much better at some times than at others). And a church like the Church of England remains in a position where it has a unique opportunity to continue to articulate Christianity's role in shaping our society. We do that as we lead Remembrance services, or conduct funerals, or speak in the House of Lords, or lead assemblies in thousands of schools up and down the country, time and again being invited to preserve that "deep tinge of Christian feeling" that lurks beneath the surface of our culture.

What Spencer is urging, however, is that we be bolder in telling that story, because in an increasingly secular climate, those efforts at preservation are no longer enough. What's more, as Charles Taylor says, "we are just at the beginning of a new age of religious searching." The narratives of secular emancipation are, for many, increasingly dissatisfying, even if that dissatisfaction can't be articulated. This perhaps lends some explanation to the rise in attendance particularly among young people at Evensong services around the country. Here is an opportunity to tell what for many will be a new story.

Finally, the church must simply keep doing what it has always done, shaping the lives of those who come each week to hear from Scripture and to share bread and wine, who are then, as our liturgy says, sent out "in the power of the Spirit to live and work to [God's] praise and glory." People transformed by the means of grace and sent out into the world to seek the good of their communities and nations is precisely what laid the foundations for our society in the first place. And in the end, we must continue to draw on the same means of grace if we are to preserve these foundations, demonstrating through our faithful witness that only a society with a Christian foundation can truly be a society of freedom and flourishing. 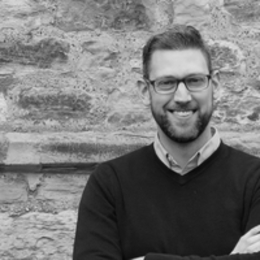 Jake Belder is training for ordained ministry in the Church of England. He is also completing doctoral studies in practical theology at St John's College, Durham University, looking at how churches can help parishioners cultivate a theological vision of work. Previously, he served on the pastoral staff of a church, with particular responsibility for directing their community outreach work. He holds degrees from Redeemer University College in Hamilton, Ontario, and Reformed Theological Seminary in Orlando, Florida. Jake is married to Robin, and they have two sons.