Redeeming Psychology means recovering the Christian psychology of the past

The core of every psychology comes from worldview, not empirical study. 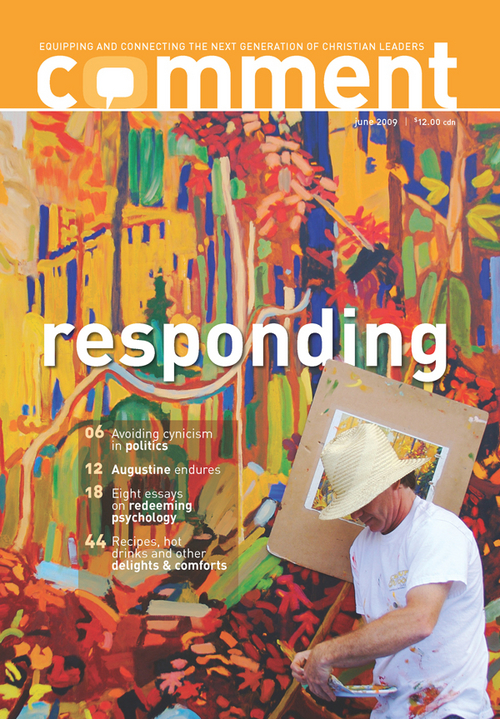 We are all aware of the "schoolishness" of modern psychology. In the theory of personality we have the situationists, who verge on denying the existence of character traits, and positive psychologists, whose theory and research crucially depend on the existence of character traits. Proponents of these theories may have adjacent offices in contemporary university psychology departments.

A textbook on psychotherapy has a necessarily plural title: Current Psychotherapies, by Corsini and Wedding (8th edition, 2007). We find chapters on psychoanalysis, Adlerian therapy, analytical therapy, Rogerian therapy, various kinds of "rational" therapies, behavior therapy, gestalt therapy, family therapy, multimodal therapy, contemplative therapy and integrative therapies. To some extent these are just techniques, which might be applied by someone not firmly wedded to a single "school," but they are also different and partially conflicting theoretical outlooks on the nature of persons, the nature and causes of psychopathology, and the nature of proper psychological functioning for human beings. I have argued (Taking the Word to Heart, 1993) that they are like culturally diverse ethical systems: each posits some ideal for how we ought to be and act and think and feel and conduct our relationships with fellow human beings—and these ideals differ significantly from one another.

If a psychology is at heart an ethical system, an ideal of human functioning with corollary ideas about whatâ€™s wrong with people and how they can move from dysfunction to better function, then Christianity has always been in the psychology business, and should take its proper place among the various psychologies that are being offered today. Why not? I think the main objection to doing so boldly is that modern psychology is "scientific," while older psychologies, like the ones we find in Plato, Aristotle, the Stoics or the Epicureans (there were many psychological schools in the Hellenistic period [ca 323-146 B.C.]), and also in Christianity, are just "philosophical," or the result of folk reflections, or of a moral-spiritual tradition, or the creative personal reflections of the inventor-psychologist.

There is some truth in the claim that the big difference between contemporary psychologies and the ancient ones is their relation to science. Aristotle and his competitors in the ancient world did not do much, if any, controlled experimentaÂ­tion in psychology, nor do we find much of that in the Christian tradition, until just recently. (But see the work of Paul J. Watson, an empirical psychologist at the University of Tennessee at Chattanooga.)

But the question to raise is this: What is the relation of modern psychologies to science? And to answer this question, we need to remind ourselves of the diversity of modern psychologies that I mentioned at the beginning of this comment. This diversity is odd, if the psychologies are scientific at their core. If we look at modern chemistry or physics, we do see paradigm shifts, and thus periods in the history of these sciences, in which there are rival chemistries or theories of physics. But no chemistry textbook would have the structure of the Corsini and Wedding textbook I mentioned above. We do not see eight or ten rival chemistries all operating in the same decade, so that the student has to study them and choose which one he likes best.

I would like to suggest that psychology is related to science in a quite different way than chemistry and physics are. Physics and chemistry are scientific at their conceptual core, while psychologies—at least the kind that we call personality theories and clinical models—are scientific on the periphery. One can do empirical studies in psychology, but the core of a personality psychology comes from somewhere else—from a religious or metaphysical tradition, an ethical outlook, a worldview, or the "wisdom" of a creative individual like Carl Rogers or Sigmund Freud. If one is engaged in personality psychology, the data that are gathered experimentally are processed in terms of some canonical conceptual framework that is not much affected by experiments and studies.

Paul Watson, whom I mentioned earlier, has a rather different metaphor for the relation between experimental psychology and what I am calling the conceptual core. He speaks of experimental psychologyâ€™s "ideological surround." In his model, experiments in psychology are always "surrounded"—that is, supported, hemmed in, suspended, infused—by "ideology," a system of concepts that is not entailed by the data and comes from elsewhere.

The difference between Watsonâ€™s model and mine is that he is thinking first of psychological science, and seeing it as surrounded by "philosophy," while I am thinking of the psychology in question as the conceptual core, and noting that it can be tinkered with experimentally, around the edges, so to speak. But the two metaphors come to about the same thing. Maybe the difference is just one of perspective: he is an empirical psychologist, and Iâ€™m a philosopher of sorts.

You may wonder what all this has to do with my theme of "Redeeming Psychology Means Recovering the Christian Psychology of the Past." The answer is that certain great thinkers in the history of Christianity had particularly penetrating and well developed thoughts about the conceptual core psychology that belongs to Christianity. They thought hard and deeply about the nature of persons as persons are conceived in the thought-tradition that descends from the Old and New Testaments. They had an especially clear and profound Christian understanding of what the most highly mature persons would be like, why people become psychologically distorted and stunted, and what can be done to reverse this condition to some extent.

Some of the hermits who lived in the Scetes desert of Egypt, beginning around the third century A.D., known as the Desert Fathers, were excellent Christian psychologists. The writings of Augustine of Hippo (AD 354-430) are full of keen insights and suggestions for Christian psychology, as are the Summa Theologiae and other writings of Thomas Aquinas (most of the Summa is devoted to psychology, from one angle or another, and it is a remarkable fusion of the best of ancient pagan philosophy with the thought of the church fathers). The writings of Blaise Pascal, Jonathan Edwards, and SÃ¸ren Kierkegaard are likewise rich treasuries of Christian wisdom about the functioning of persons.

If it is true that every psychology is at its core an ethical-spiritual conceptual system that is less than fully dictated by mere observations of human beings, then when we study psychology we are always studying "ideology," to use Paul Watsonâ€™s word. We are always studying a "philosophy," or even "theology." It stands to reason, then, that if we are Christians who want to honour God and his creation as they are understood in the tradition that has come down to us from the apostles, we will want to be at least as well versed in the thought of one or more of the great Christian psychologists as we are in the secular psychologies of our own time. 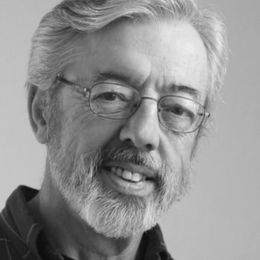 Bob Roberts teaches philosophy at Baylor University, where he is Distinguished Professor of Ethics and Graduate Program Director. Most recently, he is the author of Spiritual Emotions: A Psychology of Christian Virtues, in which he develops a New Testament-friendly conception of emotions and virtues, and then examines six prominent Christian "emotion virtues": Joy, Contrition, Gratitude, Hope, Peace, and Compassion. At the University he teaches classes in ancient philosophy, ethics, and moral psychology.