Two ways God uses words lend themselves to faithful and redeemed use of social media.

We Facebook, we blog, we tweet—all to keep up our flow of words. Words represent us, and words connect us with others. Connection is part of God's big plan, of course. God uses words to connect people and creation to himself. We use words for the same purposes—except often our words seem particularly ineffective. And social media turns up the volume on those words—for good or ill.

Had God been on Twitter, his first tweet might have been these nineteen characters (at least in English): "Let there be light." And there was light. Cause and effect. God spoke stuff into existence, and again, and again, until the earth was populated with hills, horses, humans, and Hosta (and everything else). So that's how words work: say something and it gets done.

Throughout Genesis, God also used words to pass information to His creation. God informed Abraham that he would bless him so he would become a great nation and in turn bless others. Abraham got the message and believed. So words can work this way, too: we load a sentence with information, then pass it to someone who unloads the information and uses it for their purpose. Lives get changed as information passes between people via words.

And a word is effective when lived out—John describes Jesus as "the Word," who went on to accomplish salvation and redemption, and the world itself could not contain all the books about what Jesus did. So our words are also effective when we give them "legs"—rather than requiring us to preach all the time, our words work best when they act in the world, the way Jesus did: healing, teaching, confronting hypocrisy and simply being the Word.

Yet even a toddler quickly understands that not all of her requests will be granted. And anyone who has tried to give verbal driving directions to someone from out of town knows how tortuous the path that meaning takes can be. Even the living Word was not always effective: Jesus came to his own, but his own would not receive him.

God's words give us specific knowledge of him that shapes us as individuals, as well as our communities. When we're using words—particularly in mediums such as Twitter—we do best when our words reveal something about ourselves (as opposed to those early, self-absorbed tweets that proclaim, "I'm sitting on the couch!"). Our words should honestly frame who we are—shortcomings and all. Self-disclosure helps us connect with one another and give without expecting something in return.

The work of self-disclosure in social media is a bit like Paul's compelling picture of Jesus' self-sacrifice in Philippians 2:5-10, in which Jesus assumed the stature of a servant. Today technology gives us many opportunities for us to share ourselves in a raw, honest fashion, without a gatekeeper. If you read blogs and tweets, you know audiences gather around honest, authentic perspectives. Social media conversants seek authenticity and truth. And because they have Christ to model themselves after, Christians can excel here.

Using words to build others up is also something God did first, but not in the tired, self-esteem-y way ("I'm OK, you're OK, we're all winners"). God first began investing in Abraham long ago, and that single investment still pulls people into community today. In Romans, Paul showed how Christians are also grafted into Abraham's story. God builds communities of people by offering himself and his son and inviting us to repent, receive mercy, and start living inside his lovingkindness. Every bit of God's story is participatory and magnetic.

Likewise, our own efforts at community-building work best when they involve telling stories that pull on others. Stories help define who we are and what we are about. Good preachers do this every Sunday, helping congregations understand their place in the universe; people who use and manage social media also must learn which stories pull others in, and which stories help turn consumers into brand advocates. Christians working in and using social media have the opportunity to fully understand and integrate stories that help build communities.

Negative rants and complaints, while cathartic, are rarely part of faithful and redemptive communication. Honest self-disclosure and story-telling with God's story at centre stage is the stuff of community-building. And, interestingly, social media rewards self-disclosure and community-building. By contrast, those who read and interact with blogs tend to ignore or penalize those who force old-school monologues onto their target audiences. That's because social media is not just about publishing messages—it's about the conversation. 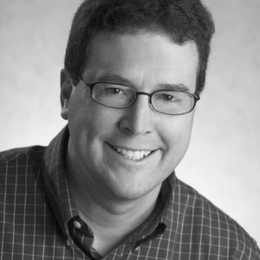 Kirk Livingston is a copywriter and adjunct professor of English at Northwestern College, Saint Paul, Minnesota. He is currently writing "Listentalk: Conversation is an Engine," which is a practical theology of communication with implications for work, relationships, and life evermore.

Social Media and its Hidden Persuaders

Facebook and its peers don't just mediate our social lives, they help to constitute them.