I am indebted to Art Holmes not only for my calling to be philosopher, but also for some of the themes that are foundational to my own teaching and writing. 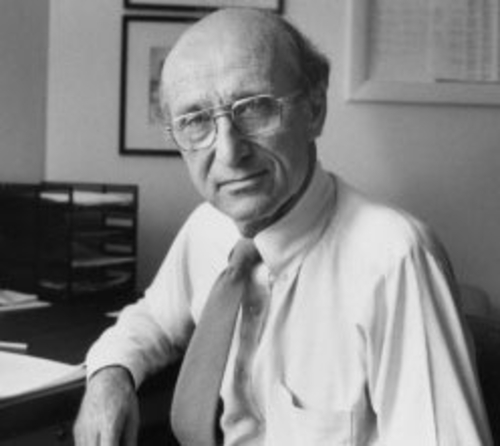 When I heard of the death of Art Holmes, my undergraduate mentor, I wrote to his wife, Alice, to tell her that apart from my parents, my wife, and our children, no one has had such a profound influence on my life as Art. Through him, God called me to my vocation in philosophy.

When I was a sophomore at Wheaton College, I took his two-semester history of philosophy course. We journeyed from the Pre-socratics to somewhere in the twentieth century. I was taking eighteen credit hours each of those semesters, of which this course was three. But I soon discovered that I was spending about half my time on these three hours and the other half on the other fifteen. This was not because the reading and writing requirements were more demanding than the other courses; it was because the material, as Art presented it with such passion and clarity, placed a demand on me to which I found myself increasingly glad to submit.

My three prior encounters with philosophy had not prepared me for this. First, there were my parents, for whom the whole story had been told by Paul: "Beware lest any man spoil you through philosophy and vain deceit" (Colossians 2:8). So far as they were concerned, philosophy was the world, the flesh, and the devil—in more or less equal parts. Then there was my English teacher in my last year of high school. She was afraid I'd be bored with some grammar she was covering and which I had learned thoroughly, thanks to two superb teachers in eighth and ninth grades. So she handed me Plato's Republic and said, "Here. Read this." I dutifully did, but without much success—my curiosity was piqued, but my intellect was not too enlightened. I took an Introduction to Philosophy course I took in my first year of college, and while I liked it, I wasn't really turned on. But the course did put me in position to take that sophomore course in which (as I've often said) Art seduced me into philosophy.

Of course, there was nothing sexual about this seduction; nor does the metaphor point to the manipulation of a weaker and less experienced person in the service of the interests of someone stronger and more experienced. Instead, the metaphor evokes Socrates, who was, of course, accused of corrupting the youth. The truth of this charge is that he enticed his interlocutors into thinking, into asking questions that did not presuppose the ultimacy of the status quo, the established order. This was not the adolescent questioning that seeks to free itself to pursue self-interest unconstrained by any authority. Art's teaching was a Socratic seduction: the questioning search for the knowledge in terms of which one could sort out what was worthwhile and what was not in the "reality" of one's society and culture. The outcome of philosophical thinking might be gratitude for one's inheritance and the desire to conserve it. Then again, it might be disappointment with the world handed down by one's predecessors and the desire to change it. The outcome is not tilted a priori in either direction. Only that which refused to be questioned deserved to be dismissed directly.

Two features of Art's approach to philosophy have carried over into my own work in the discipline. First is the historical approach. Of course, Art taught courses other than the history of philosophy. But he conceived of philosophy as an historical enterprise that had its own internal developments and at the same time had significant relations with other dimensions of its own time and circumstances. As a history major, I had no trouble appropriating this twofold manner in which philosophy doesn't just have but is its history.

Second, Art stressed that philosophy is perspectival. No one occupies the "place from nowhere." Each philosopher is somewhere in terms of linguistic, historical, and cultural location and sees things from that perspective. This means two things. First, philosophy is never without presuppositions, but begins by assuming what it has inherited through tradition. It is not locked in to its original location, but whenever it moves it will take on new presuppositions that have not been validated from some neutral standpoint. And the second point is an implication or corollary of the first. The philosopher never sees the whole picture but always only a perspectival aspect that becomes a distortion as soon as it is mistaken for the whole.

This latter point is an important part of the meaning of human finitude. Or, if one is thinking biblically, it is an expression of our creatureliness—which brings us to another important lesson I learned from Art. There is, he would say, no such thing as Christian philosophy. But there are Christian philosophers.

On the one hand, this means that Christian philosophers need not check their faith at the door. Philosophy can and should be faith seeking understanding, examining and exploring its presuppositions in order to first be clearer about their meaning, theoretical and practically, and second to be more fully on guard against confusing the human traditions for divine revelation. On the other hand, this does not set Christian philosophers off as subjective from secular thinkers as objective. All philosophy is (some) faith seeking understanding. This faith may not have the form of religious commitment, but the perspectival presuppositions that philosophers bring with them to reflection have the character of faith and not sight. They are not already guaranteed, fixed, and final, justified in some rigorous, objective, neutral way, but are the commitments each thinker has come to hold through processes filled with contingencies of our finitude and fallenness.

Finally, Art's master mantra was simply that all truth is God's truth. That means that the Christian philosopher need not rely exclusively on theology for reassurance. Whatever can be known by means appropriate to the subject matter can be incorporated into Christian thinking. Christian philosophers are not "of" the world of the secular academy, since they have different presuppositions, but they are "in" it, which means that with humble confidence they can both offer their own insights to that larger conversation and learn from it was well.

So, you see, I am indebted to Art not only for my calling to be philosopher but also for some of the themes that are foundational to my own teaching and writing. For this I am grateful beyond words, though I hope these words will hint at that gratitude. 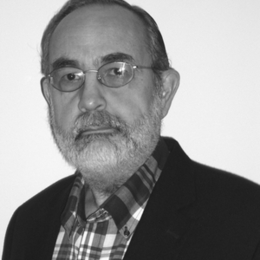 Merold Westphal is Distinguished Professor of Philosophy Emeritus at Fordham University in New York City. He has written widely on nineteenth and twentieth century European philosophy. Among his books are Suspicion and Faith: The Religious Uses of Modern Atheism, Levinas and Kierkegaard in Dialogue, and Whose Community? Which Interpretation? Philosophical Hermeneutics for the Church. He knows a great deal about suffering, having been a Chicago Cubs fan since 1950. They last won the World Series in 1908 and haven't even been in it to lose it since 1945. 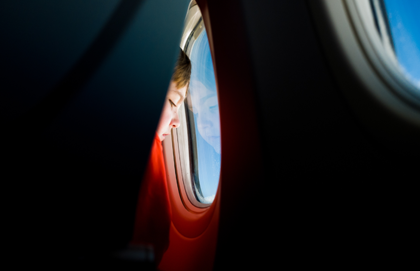 Letter to a Young Philosopher

"I was a participant in a shared human enterprise, rather than a combatant against the enterprise. That was crucial."