Renewing American Compassion: How Compassion for the Needy Can Turn Ordinary Citizens into Heroes

Bob Cote of Denver... is six-foot four white exboxer who spent a year on the streets as an alcoholic in the early 1980s and then pulled together a few of his fellow winos and junkies to start a program that has become known as Step 13. In his organization's four-story building, mostly dead people from off the streets can, step by step, come back to life. They can get jobs of increasing responsibility and build up their own savings accounts. They can progress within that building from dormitory space to alcoves to separate rooms of their own; at the end of the process, they own their own furniture, have their own telephone accounts, and are ready to go out and rent apartments of their own. They go through a tough, time-intensive process of counselling and spiritual rebuilding as well, but Cote has gone through it himself and is there to help others.

"Cote is angry about the existing welfare system. He has seen the destructiveness of false compassion and knows that 'you don't just give a street drunk a bed and a meal and some money. He knows how to work the system too well. You've got to get him out of his addiction'. He has seen enormous amounts of money wasted in government programs and has learned how to resurrect dreams at a cost much less than governmental programs charge for killing them. Step 13, for example, costs about $3,000 per man annually, one-fifth of what it costs to keep a person for only 28 days in some fancy detox centre. Residents pay about half the cost out of the wages they earn and donations take care of the other half." (pp. 82-83)

Bob Cote's story is one of many anecdotes that support the premise of professor Marvin Olasky's latest book Renewing American Compassion. Olasky argues more money and programs won't help the needy, but rather rekindling the concept of compassion, of suffering along with, of getting involved in and directly connected to those within our communities who are suffering is the most effective way to turn their lives around and give them the hope of a brighter future.

Most social commentators, politicians, social activists, and ordinary citizens agree that something needs to be done about our social welfare system. Increased youth crime rates, increased child illegitimacy, stubborn unemployment—particularly in certain geographic areas—second generation welfare families, food banks, hopelessness, and despair not only persist but in many cases have increased despite roughly 30 years of waging a "war on poverty." Simply pouring more money into the welfare pot has not solved the problem.

In both Canada and the U.S., legislators are busy debating the various options for improving the situation of the poor. Suggestions ranging from increasing welfare spending to guaranteed annual incomes to workfare are all being touted as the way to solve the poverty problem. Alberta, for example, has drastically reduced its welfare rolls since 1993. In Ontario, welfare reform under Mike Harris's "common sense revolution" includes a form of workfare, a term used to describe a work requirement for some individuals to be eligible for welfare benefits.

Olasky's book suggests that helping the poor requires a more personal response, in which we are encouraged to involve ourselves as individuals and organizations directly with those who are hurting. His very readable book clearly illustrates the success of various programs where people are helped because others cared enough to stand alongside and confront them on a deeper, more spiritual and personal level.

While reading this book, one is reminded again of the complex nature of poverty and how it is so much more than just a lack of money. While funds are needed to assist the poor and to operate certain programs, it is clear that we as compassionate citizens—and especially so as Christians—need to involve ourselves directly in the needs of those in our community.

Reading this book will leave you with a sense of responsibility and obligation to take poverty seriously and personally. It takes the debate beyond arguing which economic or political levers need to be pulled to help the poor and places the call for action on us as individuals and local communities to get our hands dirty.

Where personal involvement is not feasible, the prudent response is to seek out initiatives such as Bob Cote's and directly support those who have the experience and the expertise to make a significant difference. Olasky cites numerous comparisons of private religious-based programs versus government-run programs. The disparity in their respective success rates is significant.

The book contains a fairly detailed account of what charity looked like during the 1800s and the early 1900s. Anti-poverty work was mostly undertaken by church or ethnic groups and involved thousands of volunteers assisting those in need not only by providing material resources but also providing encouragement, connections to work and community, as well as discernment regarding free-loaders. In a word, it was much more personal, quite unlike our current bureaucratic system of welfare, with its professional case workers, centralized programs, and entitlement philosophy.

Not only does Olasky suggest how individuals and communities can make a difference, he also offers some suggestions on how government policy might assist and support rather than be a barrier to the renewing of compassion as he proposes. His idea of giving tax credits to individuals who donate time is interesting but may require some more consideration, particularly safeguards against loopholes. This is an area that would benefit from some more discussion, particularly as it might apply to the Canadian context.

Renewing American Compassion has something for everyone and should be required reading for all who are currently thinking about welfare reform. Progressives will like the focus on community initiatives, while conservatives will appreciate the call for less direct government involvement. Both, however, will be left personally compelled to take more direct responsibility if they truly consider themselves to be compassionate and concerned about the welfare of the poor.

Letter to a Young Curmudgeon 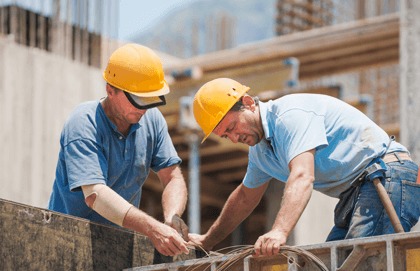 Updates from Cardus on the renewal of North America's social architecture.