Practice Resurrection: A Conversation on Growing Up in Christ
by Eugene H. Peterson
Eerdmans, 2010
Review by Ray Blunt

Why don't you just grow up!? Well, simply being told to be more mature can be puzzling to a teenaged boy, trapped in an adult body, whose brain has failed him yet again. It is no less hard, Eugene Peterson believes, to respond to the truth that "God wants us to grow up, to know the whole truth and tell it in love—like Christ in everything." In the last of Peterson's pentagon of "conversations" on spiritual maturity, he turns the full-orbed, loving admonitions of Paul to the Ephesian church into a modern letter on our own immaturity—and unlimited spiritual potential. In his straightforward Montana prose, honed in over four decades of preaching and teaching, Peterson mines this letter to help us all "just grow up"—becoming rooted in Christ and all by his grace, alone.

How do we, as Christians, navigate the increasingly complicated technological landscape of 21st century life? Such a task requires both an understanding of what technology is and how it fits into God's creation. In Christian Ethics in a Technological Age, Brian Brock attempts both to define technology properly and to define an ethical theological framework to place technology properly in God's created order. Brock sets his philosophical foundation in the works of Martin Heidegger, George Grant, and Michel Foucault, and draws his theological framework from Dietrich Bonhoeffer, Augustine, and Karl Barth. While Brock's philosophical and theological investigations are thorough and technical, he closes by looking at contemporary technological problems through the prism of his work.

Thank God for late bloomers. Van Sloten romps from Metallica to Van Gogh, from Calvin to U2, from the Calgary Flames to the 2006 Academy Award-winning movie Crash and the Coen brothers' film that draws its title from the lovely line of W.B. Yeats, No Country for Old Men. The book reads like a spiritual romance, a series of love affairs unfolding in the mind and heart of the author, much to his surprise. It is part spiritual biography with a dose of confession, part discovery, part argument. Van Sloten, as is all too tragically common, grew up in the church thinking Biblical narrative was about Biblical narrative, instead of being our dialogue partner for the unveiling of the mystery of our life in the world. Having heard the text, I may read my life. Having heard my life, I may read the text.

Somewhere More Holy is a meditation on the sacredness of family life. The book chronicles the very real blend of tragedy and comedy that Woodlief and his wife Celeste experience as they work out what it means to be a family. Moving from heart-wrenching stories of abuse, infidelity, and the loss of a young daughter to cancer to the hilarity of a house filled with young boys, Woodlief takes the reader on a room by room tour of his home—from bedroom to bathroom and beyond—in a spiritually meditative journey that is at once raw and tender, heartbreaking and hopeful. Highly recommended.

Coming to Peace with Psychology: What Christians Can Learn from Psychological Science
by Everett L. Worthington, Jr.
IVP Academic, 2010
Review by Richard Lopez

In his new book Coming to Peace with Psychology, psychology professor Everett Worthington outlines a relational model to hold together findings from the disciplines of theology and psychological science. Worthington ultimately succeeds in suggesting this model because in doing so, he doesn't set the disciplines in opposition to each other, nor does he idolize theology and relegate psychology to an off-limits secular realm. He rightly acknowledges that both theology and psychology uniquely illuminate the nature of God and the nature of God's fallen but dignified image-bearers. And, when taken together, these two disciplines—through humble acknowledgment of each one's theoretical and practical limitations—can clear a path for deepening one's knowledge of and love for God and neighbour.

City of Man: Religion and Politics in a New Era
by Michael Gerson and Peter Wehner
Moody, 2010
Review by David T. Koyzis

Addressing primarily American Christians, the authors, who served in George W. Bush's administration, argue that evangelicals ought to participate in the political life of their country, not just as citizens but as believers in the gospel of Jesus Christ. Throughout this book, Gerson and Wehner take issue with the religious right, which they believe has pursued a skewed agenda insufficiently attentive to the needs of the poor and which they believe has been needlessly confrontational when greater civility would have borne more fruit. As an alternative, the authors urge a more thoughtful approach, taking seriously the need for government to pursue order, justice, virtue, and prosperity. It is worth noting that this book was published by Chicago's Moody Publishers, which until now has not generally been known for producing books on religion and politics.

The Next Christians: The Good News about the End of Christian America
by Gabe Lyons
Doubleday, 2010
Review by John P. Bowen

If Christians are perceived as UnChristian (Lyons's first book), the solution is obviously The Next Christians. Influenced by the likes of N.T. Wright and Lesslie Newbigin, Lyons advocates what will be a familiar Reformed worldview to many Comment readers—wholistic, creation-based, restoration-oriented, non-dualistic—yet with a light touch and wonderful stories. Give it to a conservative Christian student you know who is beginning to question what it means to follow Jesus in today's world.

Apocalypse and Allegiance: Worship, Politics and Devotion in the Book of Revelation
by J. Nelson Kraybill
Brazos Press, 2010
Review by Ray Pennings

Rarely do books focused on biblical exegesis provide great value to readers subscribing to hermeneutical and theological frames different from the author's. Nelson Kraybill's study of the Book of Revelation is an exception. Kraybill weaves the art and history of the first-century church, which was living in a Roman context, to demonstrate how worship is intertwined with the political, often in idolatrous ways. He uses the prophetic text of Revelation not as prediction but as "a projector that casts archetypal images of good and evil on a cosmic screen." The story is bookended with reflections on Western Christian life in a post-9/11 world, prompting reflections on the links between allegiance, worship, and missions; challenging any easy or comfortable assumptions to which Christians of various political persuasions might default; and focusing our attention towards a maranatha hope as the basis for faithful living. 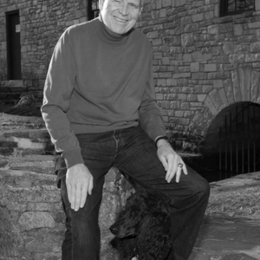 Ray Blunt is the Associate Director of The Washington Institute for Faith, Vocation & Culture, and the Adjunct Professor for Leadership and Business Ethics at Gordon-Conwell Theological Seminary. 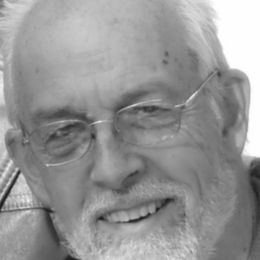 John Bowen taught evangelism at Wycliffe College (University of Toronto) from 1997 till 2013. He now directs two departments of the college: the Institute of Evangelism, and Wycliffe Serves! which coordinates the college's extramural programs.