We asked Comment contributors to send us very short statements of practical wisdom that they use and are willing to stand by, based on their own experience or oral traditions in their communities.

Sometime ago we asked Comment contributors to send us very short statements of practical wisdom that they use and are willing to stand by, based on their own experience or oral traditions in their communities—preferably summarized in the form of a one-sentence saying. The inspiration for this invitation lies back in my teenage reading of Stewart Brand's Whole Earth Catalog—Mr. Brand published the first small collection of such rules by Tom Parker. I'm not sure all of the responses we received are strictly "rules of thumb" . . . but they are all thought-provoking short sayings.
—Gideon Strauss

"Always dress up. It's better to be in a tuxedo in a fast food restaurant than in jeans at The Ball."
—Brian Harskamp, Hamilton, Ontario

Artists benefit from curiosity: "Teach thy tongue to say 'I do not know' and thou shalt progress." (Ascribed to Maimonides.)
—Greg Zoltowski, Schenectady, New York

From my father—"There's no such thing as 'have to.'"
From my late husband—"You can't do everything."
—Sarah Hale, Arden, Ontario

"If it looks wrong, it probably is."
—Thomas Aitken, Holland, Michigan

"If the kids are going crazy, you're in for bad weather." (This rule has nothing to do with business, the arts, or politics, but it's tried, tested and true. I always thought my father was nuts when he would say "we're in for bad weather" every time a particular brand of ornery behaviour would sweep over my sisters and I, but as the father of 18-month-old twins I can attest to its accuracy.)
—Brian Dijkema, Brockville, Ontario

"If you are having a home built for yourself, take the length of time between today and your builder's 'absolutely final deadline,' add fifty percent, and schedule your move-in date."
—David Greusel, architect, Kansas City, Missouri

In computer technology, a well-known rule of thumb is "Moore's Law" which describes a trend in which the number of transistors that can be inexpensively placed on an integrated circuit is increasing exponentially, doubling approximately every two years. This "law" (observation or trend actually) was first observed by Intel co-founder Gordon E. Moore. This trend has been the case for the past few decades, but eventually we will encounter some "creational limits" that will limit how far this can go. In contrast is "Wirth's law", which highlights the rate at which software becomes "bloated" by stating that "Software gets slower faster than hardware gets faster."
—Derek Schuurman, Hamilton, Ontario

"It takes years to build a personal or organizational reputation as being trustworthy and acting with integrity; it takes just a moment, a careless comment, to blow it away."
—Stanley Carlson-Thies, Washington, DC

"If Jesus Christ can forgive your sins, the rest of life is a piece of cake."
"It's never too late to ruin a good painting." (The second is a frequent remark to my art students.)
—Chris Anderson, New York, New York

"It's not how hard you fall, it's how high you bounce."
"Around here, we kill our own snakes."
"You've got to dance with the one that brung ya."
—Peter Menzies, Calgary, Alberta

"Look for how God is already at work in people's lives to pull them into their potential."
—Bob Robinson, Canton, Ohio

"Make it a regular exercise to understand why you're doing what you're doing."
—Jason Bouwman, Burlington, Ontario

"No Anxiety, it's in His Hands, Press On!"
—Sandra Ceas, Denver, Colorado

One rule of thumb or life's motto that I have retained since 1997, when I heard a story on NPR by Reynolds Price of his teacher recalling his dying mother's last words. "I only regret my economies." It has rung true to me through the eleven years since—applying to the times that I have regretted holding back (I have spent far too much time holding back) and the times that I have been able to be generous, to splurge, with personal means or with God's grace. I find that I'm trying to live with fewer regrets these days.
—Wayne Adams, Brooklyn, New York

"Only do what only you can do."
—Bart Garrett, Berkeley, California

Pentecostal rule of thumb: "Don't quench the Holy Spirit; let Him do His work how He wants to do it."
—Sam Martin, Gilmour, Ontario

"Faith and hope and love are not good intentions, nor are they poetic abstractions; rather they are the substance of a good life for a good person."
—Steven Garber, Falls Church, Virginia

"The key to success is pretending your alarm clock's snooze button does not exist."
—Alissa Wilkinson, New York, New York

"The very best fruit pies can never be found within ten miles of any interstate highway."
—Denis Haack, Rochester, Minnesota

"There are no shortcuts in life."
—Rosie Perera, Vancouver, British Columbia

"There is no bad news; there's only news—the great are fearless about the data."
—Dave Evans, Santa Cruz, California

"There tends to be an inverse relationship between the relative social and economic health of a society and the vibrancy of artistic activity."
—Chris Cuthill, Hamilton, Ontario

This is a famous saying in my family, originating with my Grandmother . . . "'No,' you have. 'Yes,' you can get." (In explanation: if you don't ask someone for help or for something then the given answer is 'no,' because you did not communicate the need. If you do ask, a 'yes' becomes possible because you can persuade them or come to an understanding together.)
—Greg Veltman, Pittsburgh, Pennsylvania

"A new idea is like a child; it's easier to conceive than to deliver."
—David Koyzis, Hamilton, Ontario

This rule of thumb comes from my Aunt Marcia. She and my mother and their other six siblings were raised during the depression era in Decatur Georgia. She would say, "Terri, God gave us the gift to turn sows' ears to silk purses." This phrase could easily be compared to the "waste not want not" rule of thumb but it is different in that it speaks of creativity and of making something beautiful out of something cast off and undesirable. I have incorporated this rule into the way I decorate, the way I dress, the way I create art, and the way I see people. We see the sow's ear in others, in ourselves, but God sees the silk purse—the Bride that He is fashioning into something beautiful and when we are revealed it will be an awesome thing to behold. God, you could say, is the ultimate recycler.
—Terri Carter, Bolivar, Tennessee

"What matters most is not the love of knowledge, but the knowledge of love." (A good thing of those of us who love learning to keep in mind: the source and goal of real wisdom!)
—Amanda Shaw, New York, New York

"When facing a decision, ask yourself: what would I do if I wasn't afraid?"
—Russ Reeves, Ontario, California

"When feeling inept, remind yourself that you are an image-bearer of God himself. When feeling proud, remember you are a sinner saved by grace."
—Ray Pennings, Calgary, Alberta

"Whenever you hear the word 'community,' it's a sure sign you're not experiencing it."
—Eric Miller, Beaver Falls, Pennsylvania

"Never assume anyone has gotten your e-mail or voice mail message until you have either confirmed it personally or received a reply."
"Punctuality is the courtesy of kings—why should lesser mortals be any different?" "'Please' and 'thank you'—and other uncommon courtesies—can take you a long way."
—Russ Kuykendall, Hamilton, Ontario 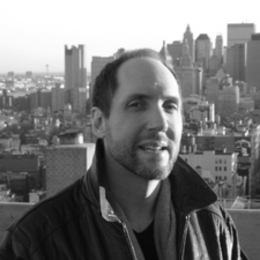 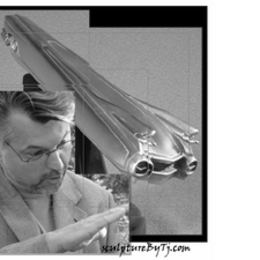 Thomas Aitken grew up near Detroit, worked in show car prototypes, then did his BFA. In the 80s his Colorado studio did museum replicas and his sculpture. The 1990s saw him back in Michigan managing 3D design while sculpting art privately. 1998 was a European assignment where he lectured at design schools, worked in several countries, and studied the masters. He brought new perspective on America home. His theme: "The Impact of the Auto on Human Society" is his passion. The hidden works from 2 decades are now castings, portraits of classics, and figurative pieces. For more, see www.SculptureByTJ.com.</.p>