I recently led a seminar for college seniors on vocational discernment. As the students shared their hopes for the future, one young man said, "Well—whatever I do, it will have nothing to do with sales. I really hate salespeople." As he spoke, lots of heads nodded. It was clear from his tone that he didn't just mean that he was not gifted for sales. He meant that sales was a pretty awful thing, and the Christian thing to do was stay as far away from it as possible.

I think he was speaking for a lot of people, and I think his attitude was wrong.

It's a common view. The sales profession is regularly perceived as shady territory, often occupied by shady characters. The perception is so pervasive that most salespeople just accept it as an occupational hazard.

Where does this persistently castigating point of view come from? It comes from bad personal experiences; countless stereotypes in film, TV, and print; and entirely too many real examples of less-than-noble sellers. We've all encountered them in reality and fiction: the annoying telemarketer, the slimy car salesman, the unethical sub-prime mortgage broker. We have plenty of examples to draw on when imagining the archetypal bad seller.

I'm not arguing that those people don't exist, nor that they do their jobs nobly. But I do believe that's not the whole story. We deserve a better understanding of the healthy and holy contribution made by the noble majority of salespeople.

There are serious problems with the complaints about salespeople and selling. The first is the common malady of judging the many by the few. It's no fairer to judge all salespeople by the actions of Bernie Madoff than it is to judge all Christians by the most recently exposed charlatan TV evangelist. In both situations, the negative example is not representative, but is enticing and highly visible. Jesus energetically worked against separating the world into the good guys (us) and the bad guys (them) by convenient but inaccurate surface judgments—and we should work against this, too. I argue that despite the bad eggs, selling is a noble profession, and the majority of its practitioners perform it nobly.

Second, a complaint against selling stands up only if we turn a negligently naive eye to the reality of what's going on in the world and God's role in that reality. To make sense of this, we need a clearer understanding of selling.

Sales is the facilitation of a transaction in which one party exchanges money for goods or services. A seller is a representative who directly works with a potential customer while he or she decides if and what to buy. All kinds of things, large and small, are "sold"—from spaghetti dinners to house remodels to jumbo jets.

"But aren't lots of things are just bought by the customer, without being sold by a seller?" you ask. Yes and no. When you picked up that ear of corn off the shelf at your grocer, no one sold it to you, but a local farmer sold it to your store or a distributor sold it to your store's chain before it got on the shelf where you found it. Nearly every item or service we use is actively "sold" by someone at some point in its trip from creation or manufacture to the end user.

Here, we must see the bigger picture, and selling's role in it. In "Business is Mission," Mark Meehan makes a compelling argument from Genesis that God's commissioning of human stewardship and co-creation now finds a natural expression in business. Business represents one of—if not the primary—infrastructures of the civilized world whereby humans act out God's call to steward the world, sustain ourselves, and care for one another. The abuses, greed, and resource mis-distribution brought about by runaway un-free market capitalism or unethical opportunism do not diminish business's practical or ideological legitimacy as a way to enact the holy task of being human, given to us by God at creation. As Meehan puts it:

Business, like art, is inherently creative and vividly reflects our Creator. It is not a means to the end of ministry; when understood in a biblical framework, business is itself a redemptive process of ministry.

The impact of selling in the mission of business goes well beyond closing a deal. A sign I've often seen in the office of a VP of Sales says, "Sales signs everybody's paycheck." It's true. Almost everyone earns a living by getting paid by an organization—getting a paycheck. Where does the money that funds that paycheck come from? It comes from the revenues collected by that organization from sales. If sales doesn't sell, nobody gets paid. This is just as true in non-profit organizations as in for-profit. Non-profits use different terms—like "development" or "fund-raising"—but it's the same function. The donations made to non-profits and the taxes paid to governments are all taken from revenues generated from sales that are made through productive commerce. Even shifting to a barter economy wouldn't change this reality—it would only shift the form of currency. Every dollar that ever got to you made its way there through sales.

When we look at the big picture, we can see that sales is a necessary, core function of business which is itself a holy mission. Further, sales is a key process through which moves the lion's share of goods and services in the world. It is the mechanism facilitating the flow of nearly all monies that energize ongoing human endeavour, be it for-profit, non-profit, or public.

A thoughtful Christian response cannot decry sales in general and yet rely on it. We're part of the sales food chain, one way or another. There is no escaping it. And I argue that it's a good thing.

It's all about truth and love

No one can make a sale. You can't make anyone buy anything. You can advocate, inform, entice, assist, maybe even try to manipulate, but you can't make anyone buy. The decision to purchase rests solely with the buyer. A seller's job is to find those opportunities in which people will decide to buy from him. The only way to succeed in sales is to match what you've got to sell with people who will choose to buy it. To accomplish that match requires discovering the truth - and only by finding the truth about what a customer needs and aligning it with the truth about what she's selling can a salesperson discover where a good sale may be lurking. Remember, a salesperson has no authority whatever over the buyer. All a seller can do is work to find and facilitate the conditions in which his product or service will be chosen. The bulk of the job of selling, day in and day out, is a relentless pursuit of the truth in hopes of discovering a successful sale where real value can be exchanged.

Smart sellers want not only a one-time sale, but a happy customer who will buy again and refer others to buy as well. Unhappy customers are incredibly effective references—for the competition—so no competent seller wants a bad sale. Good selling depends on trust. To earn trust, salespeople have to demonstrate genuine care for their customer. Acting out of sincere care for another party is acting lovingly. When we respect another person's or organization's inherent value and commit ourselves to understand them so that we can serve them, we are seeing as God sees and are acting as Jesus acted. That's what good salespeople do every day.

Don't forget that most salespeople are paid on commission. They don't get a salary or an hourly wage just for showing up, like the rest of us. They accept the risk of only getting paid if they've done their job, if they've discovered the truth and demonstrated care for their customer well enough to have earned a sale. It's a risk most of us wouldn't take.

So, let's look beyond those uncaring and manipulative sellers that over-populate our perceptions. They are too many in number, but they are not the majority, and they distract us from the bigger picture. Bad selling just doesn't work well enough to sustain a dominant position.

Good selling is a noble profession, honourably rooted in truth and love. It's time to change the stereotype, recognize the essential role of sales in the godly mission of business, and respect the men and women who do a difficult and important job well. 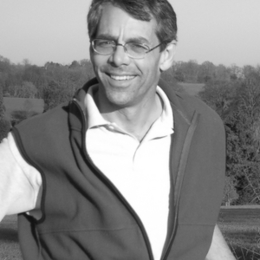 Dave Evans is a 30-plus year veteran executive of Silicon Valley who offers a range of professional services to rapidly growing companies and personal mentoring to individuals. Since 1990, Dave has been assisting high-tech clients in strategic planning, sales and marketing, new business development, mergers and alliances, growth management, and executive development. Dave's client list has focused on early stage start-ups but also includes Fortune companies including such leaders as Veritas/Symantec, HP, Intel, and AT&T. (He's also negotiated fishing rights for the Inuit in Alaska—but that's a whole 'nuther story). Prior to consulting, Dave was VP and Co-Founder of software publisher Electronic Arts, led the introduction of the mouse and laser printing at Apple, and has held senior marketing positions with IBM/ROLM Corporation and voicemail inventor and manufacturer VMX (now Avaya).

Life at work is easier than life at home. Perhaps work is our training ground, where we grow into who we are to become?