See, I am making all things new 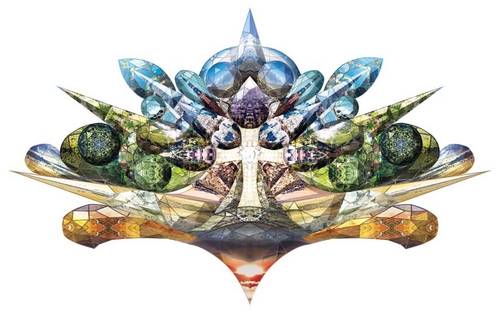 The title of this piece is a quote from the NRSV version of Revelation 21:5, 'See, I am making all things new'. Along with a similar verse in Isaiah (43:19 'See I am doing a new thing!'), these words became for me something that captured the heart of the resurrection and God's vision for creation—to do with renewal, recreation and beauty. In the larger context of my work generally, I'm thinking about landscape (and particularly, the photographed landscape) as something which is more than just a recordable feature of evolution's development, something which, in the artistic tradition of the sublime, can point to an eternal and transcendent realm.

The bit that delights me in these Bible verses is the sense that God says 'This is here, right now in front of your eyes, and I'm doing it'! Yes, there is always the sense of waiting for a kind-of uncovering or revelation of what's really going on (like Paul's creation 'groaning'), but I've found in my looking and playing with these photographs of nature that there's also an overwhelming sense of creation's wonderfulness now—to me, it's creation 'fizzing'.

To try and communicate something of this multi-faceted beauty, I decided to construct an abstracted pattern of new creation from what amounts to about 30 photographs of different types of landscape. On the micro-scale, these make up what could be an ornate piece of jewellery—each scene has it's own shape and cut, it's own absorption and reflection of light, it's own brilliance of colour. This world is uniquely precious and uniquely designed, way beyond our capacity for creation and imagination, and the harmony of the whole is a parade of supernatural beauty and value.

But I also wanted meaningfulness in the content, as well as the form, so there is an attempt to represent an unfolded origami-like map of the world on a macro-scale. Look closer and you'll see that there are deserts, plains, forests, seas and mountains surrounding a cityscape, which in turn surrounds the bejewelled cross. When I read Tom Wright's 'Surprised by Hope' last year, his emphasis on our understanding of resurrection hope when we consider the cross really struck me, and ever since producing a series of 12 stations of the cross for display in Bristol Cathedral in 2006, I've wanted to do a 13th 'resurrection' one—without really knowing how on earth to go about it.

And it's precisely that phrase 'how on earth' I go about it, which sums up what I've ended up focussing on in this piece. John's vision in Revelation tells us that all will be renewed—the earth and our lives are God's canvas for creation, nature and culture in all their diversity are headed towards resurrection perfection, not just replacement. God does not make junk, and neither does he junk what he has made, which includes what we're part of now. It's so urgent that we don't lose sight of this: the goodness, the wonder, the joy, the sheer fizz and sheer exuberance of God in the world and its future.

As the opening lines of a famous Gerard Manley-Hopkins poem say:

The world is charged with the grandeur of God.
It will flame out, like shining from shook foil. 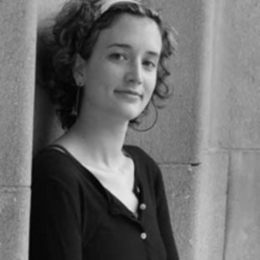 Sheona Beaumont is a visual artist based in Bristol, UK. Her work explores the ways in which photography imparts or contains spiritual meaning. As images which are, in the first instance, created by light, she is interested in the visual capturing of the immaterial, and its further embodiment in signs and symbols. The weight of both an immediate perceptual understanding of what we see and a considered cognitive understanding of what we know finds a unique balance in the photographic image, whose 'language' has become increasingly iconographic.