Seeking Truth Beyond the Cloud

The claim that "for the human species, selfishness is extinction," fails to ring true given the overarching pattern in Cloud Atlas. As the main characters espouse optimistic beliefs, their convictions are undermined by the recurring motifs of violence and brutality that shape their world. 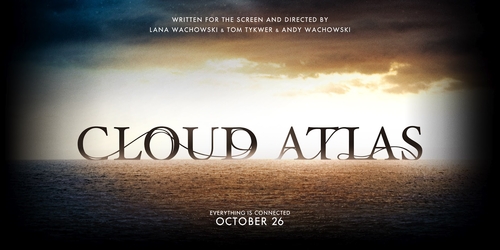 In a world ordered by power and cruelty where only the strong can flourish, how willingly could we embrace the motto that "The weak are meat, the strong do eat"? Not without significant resistance, according to the novel Cloud Atlas by David Mitchell. Yet within an inspiring vision of humanity's capacity for courage and mercy, there is undoubtedly a note of cynicism that betrays a darker side to human nature and questions our ability to change the violent order of things. The film version of this critically acclaimed novel is soon to hit theatres and has already sparked a number of animated discussions. As the novel is known for being a demanding read, not only on a technical level but more significantly in what it says about the relationship between human nature and belief, the way the movie handles the adaptation and how it is received will be worth paying attention to.

Cloud Atlas was first published in 2004, and has been praised by critics for both the scope of its creative vision as well as for its originality and complexity. The book is divided into six novellas written in distinct genres and collectively styled as a matryoshka doll—each successive novella is bound within the preceding ones and interrupted until the sixth and central novella is activated. The interrupted novellas are resumed in chronological order going back in time so that the reader knows the outcome of future events by the time he or she reaches the second halves of the earlier novellas. In this way, the novel maintains a linear story line that goes forward into the future for the first half, and then works backwards in time for the last half.

The opening novella is the first-hand account of a nineteenth-century American, on business in the South Pacific, who witnesses cruel abuses of power that undermine his naive faith in the goodness of progress. The following novellas successively feature a young and jaded amanuensis to a renowned but unscrupulous composer, a journalist struggling to expose a massive corporate scandal, a financially bankrupt publisher who becomes imprisoned in a nursing home in modern day Britain, and a genetically engineered human clone on trial for rebellion in a dystopic vision of the future. The final novella takes place far in the future after an apocalyptic outbreak wreaks havoc on the world and returns humanity to a state of primitive tribal culture.

Ominous forces are at work in the world of Cloud Atlas, exposing humanity's capacity for cruelty and questioning the effectiveness of human ethical agency. In the words of George Gessert, reviewer from the New York Times, Mitchell's work reveals an eternal darkness within human nature and a distinct lack of faith that justice will prevail or that truth will transform tyranny. Much of this gloominess can be connected to the influence of Friedrich Nietzsche's philosophy, referenced throughout the book but most notably in the second novella where the final work of the great composer is "to be named Eternal Recurrence in honour of his beloved Nietzsche." Obvious allusions to the will to power and eternal recurrence underscore the cyclical nature of the conflicts in the novellas, particularly the lack of any progress or direction to history. In the greater scheme of things, one character's noble actions only delay the inevitable success of power and its accompanying abuses, leading to the development of even greater regimes. Although the regimes eventually fall, Cloud Atlas shows this is just a natural cycle in which bloated and ailing powers give way to new and robust ones, a necessary return to primal vigour and strength manifested in the localized brutality of the penultimate novella. Ultimately, the outcomes in the novel support Nietzsche's idea that human action can never change the eternal nature of things, a conclusion affirmed in the fifth novella by the clone Sonmi-451, who observes that, "in a cycle as old as tribalism . . . the only 'rights,' the only law, are whatever is willed by the most powerful." Thus it appears that human beings are powerless to change the violent nature of things.

In spite of these conditions, Mitchell's protagonists refuse to justify the use of power to impose one's will on the weak and instead show great compassion and pity, often risking their lives. Sonmi-451 remains convicted that her struggle against tyranny is worth fighting for, if only to inspire future generations to take up her cause. Her heroism is reflected in several other characters, and the final words are given to Adam Ewing, the protagonist from the first novella, whose hopeful belief that "humanity may transcend tooth & claw" concludes the novel. In contrast, Adam's nemesis, Dr. Goose, believes that "all peoples are predatory" and that "true intellectual courage" is to accept the challenge to "eat or be eaten." The persistent conflict between these views is revealing, for as admirable as Adam's conviction is, his claim that "for the human species, selfishness is extinction," fails to ring true given the overarching pattern in Cloud Atlas. As the main characters espouse optimistic beliefs, their convictions are undermined by the recurring motifs of violence and brutality that shape their world.

The conflict between aggressive, power-hungry oppressors and selfless individuals who sacrifice their immediate interests animates a potent divide in Cloud Atlas. It would make sense for all the characters to agree with Nietzsche, who argues that pity is a vice that damages our potential for greatness. However, Cloud Atlas actually portrays the need for an ethic of peace and compassion that Nietzsche labelled as "Christian," without any of the Christian's confidence in the metaphysical guarantor of that ethic, namely God. While Mitchell appears to share Nietzsche's pessimism about our capacity to change the trajectory of the world, none of his protagonists support the rule that the strong should prevail over the weak. Ironically, these conditions situate him with precisely that which Nietzsche rejected—compassion and pity.

Mitchell's characters display an innate wish to give themselves to something greater, a desire that is not caricatured but taken very seriously. The way that Adam Ewing is mocked for his naivetÃ© by such a cruel foe and still determines to believe in a higher good reveals a noble and innate faith. It is all the more discouraging when we realize that in Mitchell's fictional world, the characters' acts of courage and compassion are ennobling but virtually useless because they cannot be justified in the greater scheme of things. What do we make of the obstinate will to do good? Even Nietzsche admits that our will to live for a purpose is so powerful that, in the words of R. R. Reno in his article for First Things, he acknowledges we "would rather consume ourselves in fires of self-imposed moral discipline than simply live and allow ourselves to be slowly, inexorably consumed by the cruel ravages of time." This, Reno argues, echoes St. Augustine's basic insight into the human condition: The human animal is restless, and we long to give ourselves to something higher, a nature "more fundamental than everything our age wishes us to affirm as natural."

Cloud Atlas doesn't shy from presenting the human spirit's stubborn tendency to hope. The characters desperately believe in the possibility of a better world and although no lasting change can come of their beliefs, Mitchell never suggests they should be done away with. The problem is that Mitchell tries to wrangle this longing into a form of resolution that is solely invested in the relationships of this world and nothing beyond them. How tragic it is to witness the extinction of a culture and be told, as Adam Ewing is, that, "That's what all beliefs turn to one day. Rats' nests & rubble" (486). It is no wonder that Adam questions why humankind should fight against what appears to be the "natural" predatory order of things and fears that the inability to change is the "doom written within our nature."

Yet acknowledging the persistent cycle of earthly power should not lead to despair. Even the author of Ecclesiastes expressed a view of history in which "what has been is what will be, and what has been done is what will be done, and there is nothing new under the sun" (Ecclesiastes 1:9, ESV), but instead of concluding that morality is futile, his words question the desire for power when it is not human authority that governs the world, but God's. Augustine also recognizes that kingdoms rise and fall in his work, "City of God," which he wrote in the decline of the Roman Empire. Rather than fear the earthly power of a nation or city, or its destruction, he argues that our faith ought to be invested in an eternal, heavenly kingdom. This points to a singular event that did come once and for all to change everything we know about history—the Incarnation.

But if the universe were godless and amoral, would there be reason to feel compassionate at all? Cloud Atlas leaves us without resolving this question or its accompanying contradictions, but the dilemma is boldly presented and demands the reader's own interpretation. Although one can't help but feel tragically sorry for Adam Ewing, whose hope is wasted on an eternally violent world, his courage to be compassionate in spite of these conditions compels us to seek a deeper truth beyond this novel's scope. 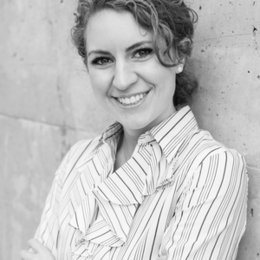 Jolene Hildebrand currently works in marketing at Trinity Western University in Langley, BC, where she develops content and strategy to promote higher education. Prior to this she lived in Ottawa where she worked in Canadian federal politics. She has a BA in English Honours from Trinity Western and wrote her thesis on Cloud Atlas, examining references to the philosophy of Friedrich Nietzsche.

By God's Cheap Economy Made Rich: Reflections on Walden Pond